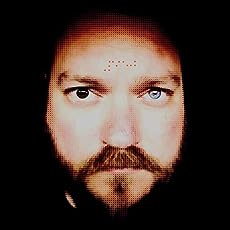 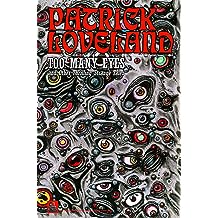 TOO MANY EYES: and Other Thrilling Strange Tales 19 Aug, 2019
by Patrick Loveland
( 3 )
₹ 223.51
Sold by Amazon Asia-Pacific Holdings Private Limited

TOO MANY EYES IS A COLLECTION OF PULPY, VISCERAL SHORT STORIES THAT TAKE YOU FROM THE OLD WEIRD WEST ALL THE WAY TO THE DISTANT FUTURE AND IT'S SURE TO GIVE YOU THRILLS AND CHILLS!

EKWIIYEMAK: THE PLACE WHERE IT RAINS

In the late 1880s, a former outlaw helps an old friend hunt something near the mountain gold-mining town where he retired—but after what happened to the horses back in town, he's pretty sure "rabid bears" aren't what they're really out in the rain for.

THE BALLAD OF CHIHUAHUA PUENTE

To escape a raging firefight, a tunnel rat support squad in the Vietnam War is forced deep into the tight tunnels it was supposed to be demolishing. But while trying to find them all a way out, the most talented tunneller finds a cave-in that leads to another tunnel—one that seems much older than human warfare...or humans existing at all.

In the titular novella, the staff of a small one-screen theater in San Diego receives a rare print of an old cult classic film they’ve never heard of. Once the film is started, reality and fiction start to blend, and Sylvie, her uncle, and friends are plunged into a fight for survival and swept along on a perilous mission into another realm entirely.

In the near future, a Yakuza fixer in Hong Kong for a special meeting is approached to help a local affiliate solve a gory, disturbing murder of one of their associates. But then the tables are turned and they are forced into a sadistic game of life and death by a shady local operative and his monstrous cyborg "children."

In the distant future, two investigators question a combative heiress about the mysterious disappearance of a specialized starship she and her brother had made from the records of their mother’s earlier design—only to discover the purpose of both ships is far stranger than they could imagine.

THESE STORIES AND 11 MORE THRILLING TALES OF HORROR AND SCIENCE FICTION INSIDE! 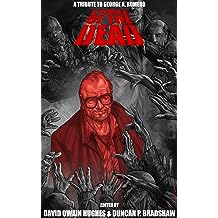 Stories of the Dead: A Tribute to George A. Romero 29 Jun, 2018
by Duncan P. Bradshaw , David Owain Hughes , Anthony Watson , Rich Hawkins , Emma Dehaney , Chad A. Clark , Tony Earnshaw , James Jobling , Patrick Loveland , Nathan Robinson
( 3 )
₹ 199.00
Sold by Amazon Asia-Pacific Holdings Private Limited
George A. Romero was an inspiration to many, and responsible for helping to reanimate the undead into mainstream culture. To honour his legacy, EyeCue Productions have put together a charity anthology, with each story based on the canon he created.

Eighteen stories from indie authors, each one set in the world which Romero created. Some give insights into events from the Dead films, others use the landscape he formed and create something wholly unique, but still governed by the framework within which the films were set. You'll find no running zombies in here, just proper old-school shamblers, set on nothing but ripping people apart and feasting on their flesh!

This book is made by fans, for fans, our humble tribute to a man who set the fire of creativity within so many. It also includes an afterword by Jonathan Maberry, who edited an anthology with George A. Romero himself.

All proceeds will be going to the American Cancer Society, so you can not only enjoy the stories within, but also contribute to trying to beat this deadly disease.

When there's no more room in hell, the dead will walk the earth. 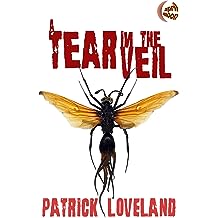 A Tear in the Veil 11 Sep, 2017
by Patrick Loveland
( 16 )
₹ 191.00
Sold by Amazon Asia-Pacific Holdings Private Limited
When Felix Brewer finally gets the video camera he has been coveting, he discovers a button on the lens housing that isn’t in the manual. Once that button is pressed, the viewfinder shows him glimpses of a nightmarish world living in symbiosis with ours, and reveals his girlfriend, Audrey, to be a frightening creature; her face a burning mass of melting light and distortion. Seemingly alone in his visions, Felix relies on the support of strangers both dubious and intriguing to make sense of it all… and hopefully protect him from the dark creatures that want to brutally silence him. Has Felix discovered a disturbing world no one else can see or is he barreling toward a tragic end through a haze of inherited insanity? A TEAR in the VEIL – the stunning debut novel from Patrick Loveland.
Read more
₹ 191.00 Kindle Edition
inclusive of all taxes 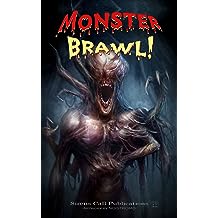 For this book, we collected stories of monsters doing epic battle with other monsters! The beasts could be classical by design with a unique twist, or they could be spawned straight from the author's imagination. The only rule: there must be a clear-cut winner at the end of each story; one of the creatures had to die!

Some of the stories in this collection pit a single monster against another, while others are all-out gang warfare. Some are campy, some serious, but all a fight for the ages!

It's time to get your game face on for twelve tales worthy of the title Monster Brawl!

**No monsters were hurt in the writing of these stories** 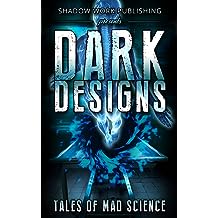 
Science without limits. Madness without end.

All proceeds from the purchase of this ebook will be donated to Doctors Without Borders.

This is a warning. What you are about to read violates the boundaries of imagination, in a world where science breeds and breathes without restraint. A world very much like our own.

Within these shadowy corridors you will discover characters seeking retribution, understanding, power, a second chance at life—human stories of undiscovered species, government secrets, the horrors of parenthood, adolescence and bullying, envisioned through a warped lens of megalomania, suffering, and blind hubris. Curious inventors dabble with portals to alternate worlds, overzealous scientists and precocious children toy with living beings, offer medical marvels, and pick away at the thin veil of reality.

You can run. You can look away. But don’t say we didn’t warn you. 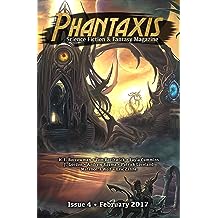 FALL’S FINAL BLOOM—Matencera Wolf
A poor boy who designs dresses for a living and never receives credit… He’s also afraid to approach the girl of his dreams. One day, a strange being enters his life and turns everything upside down, possibly for the better.

FATHER ART—Eric Zanne
Virtue, honesty and thoughtfulness are all traits of men of the cloth. Did we forget to mention werewolf hunting?

FLY MAN—K.I. Borrowman
Genetic manipulation, cross-breeding a human with an insect... It doesn’t get any better than this!

A CERTAIN BREED OF POWER—J. Gordon
In any kingdom, in any realm, absolute power can blind leaders and corrupt them absolutely.

DAWN PATROL—Patrick Loveland
Regardless of how strict society’s rules become, there will always be those who'll find the need to do the most dangerous and extreme sports.

LONG IN THE DYING—Tom Borthwick
His people wiped out, a lone elf warrior must exact vengeance onto those who destroyed his home.

THE RITUAL—Eric Zanne
Necromancy is the darkest of arts. Raising the dead is a solitary and solemn affair.

AUTOMATON—Layla Cummins
Have you ever wondered what goes on behind the scenes of those corporate department stores? 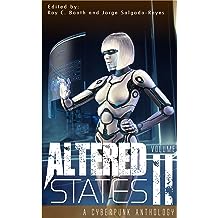 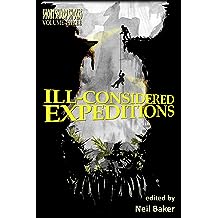 Ill-considered Expeditions (Short Sharp Shocks Book 3) 19 Sep, 2015
by Josh Reynolds , Jess Landry , Steve Foreman , Paul M. Feeney , Patrick Loveland , Pete Mesling , James Dorr , DJ Tyrer , Neil Baker
( 4 )
₹ 237.18
Sold by Amazon Asia-Pacific Holdings Private Limited
Sixteen new stories to delight and horrify you from a mixture of critically-acclaimed writers and new-bloods. This will be a voyage of discovery for all concerned as successive teams of hapless explorers fall foul of the elements and monstrosities lurking in shadowy caves, hidden temples, icy tombs and even alien planets.
From steamy jungles and back waters to unexplored islands and mysterious woodlands, researchers investigate alien artifacts and mysterious creatures, while others probe interdimensional portals, oblivious to the dangers.
Some are motivated by the romance of discovery, others by the heady intoxication of greed, but all are doomed when their forays into the unknown world become terrifying tales of Ill-considered Expeditions! 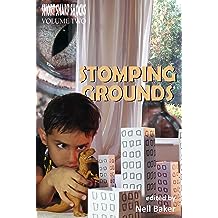 Think you’ve read every giant monster story there is to read? Think again. How about a colossal, rampaging giraffe? How about THIRTY of them? Beavers are pretty cute, eh? Not when they’re snapping your boat in two and gnawing your legs off.
How about a little frog? How about a bloody massive frog, straight from the pits of Hell?

A vast, bloodthirsty bug tears through the streets and a mountainous rhinoceros creature answers the prayers of a desperate man.
These abominations fight tooth and claw for your attention along with giant hounds, kangaroos, wasps and sea creatures. Then there’s ancient Mayan monsters, Lovecraftian terrors from beyond the realms of sanity and insidious beasts of every shape conjured up by human meddling.
Oh, and did we mention the platypus?

So here they are, seventeen stories, seventeen monsters, all here to
delight and disgust you as they return to their Stomping Grounds!