Bank Offer (7): 10% Instant Discount Upto INR 750 on SBI Debit Card Trxn. Min purchase value INR 5000 See All
No Cost EMI: Avail No Cost EMI on select cards for orders above ₹3000 Details
Cashback: Super Offer: Claim your offer on any product of your choice and save - Click here to claim. Details
Partner Offers: Get GST invoice and save up to 28% on business purchases. Sign up for free Details
See 2 more
Free Delivery
Not Returnable
Free Delivery
The product is eligible for Free delivery. Learn more

This item is non-returnable due to the nature of the product. 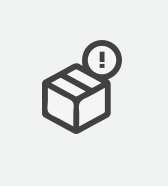 For damaged, defective, wrong or expired item you can request for a refund or replacement within 5 days of delivery. 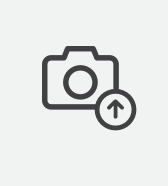 You will need to share the images of the item and its defects through Your Orders for a refund or replacement. We may pickup the product to ascertain the defect.
Visit Your Orders
Read full returns policy

Populous DS is an adaptation to the Nintendo DS of the classic Bullfrog-created Populous franchise. The title is one of the earliest "god games" that became available on the PC. You need to look after the villagers of a virtual world, help them build up their village, and become more powerful, as they worship you and grant you different godly powers, which you must then use to battle other gods and their followers. The game has simple mechanics and a very fast-paced rhythm, making it an ideal title for the DS. The Wi-Fi connection of the handheld console also comes in handy, as it allows competitive multiplayer for up to four players, with earthquakes, tidal waves and lava being the main weapons. Improvements to the Quest system with an increased number of quests and the ability to suspend or cancel quests

3.0 out of 5 stars
3 out of 5
15 global ratings
How are ratings calculated?
To calculate the overall star rating and percentage breakdown by star, we don’t use a simple average. Instead, our system considers things like how recent a review is and if the reviewer bought the item on Amazon. It also analyses reviews to verify trustworthiness.
Top reviews

Nightmare
5.0 out of 5 stars Addicting fun
Reviewed in the United States 🇺🇸 on 27 October 2009
Verified Purchase
Negative reviews kept me from purchasing this game when it first came out. It looked fun, but I had never played the original Populous so I had no idea what it was going to play like. Furthermore, I hadn't heard anything about the publisher (Xseed) at the time to know if they had a good reputation. As time passed I learned that Xseed was publishing some great games (Retro Game Challenge, Rune Factory: Frontier, Little King's Story, Avalon Code, etc.) and they are a group of former Square Enix members. The price went down on Amazon and I knew it was time to take the plunge. I am soooo glad I did! This game has me hooked right now. It's everything I hoped it would be and more.

Basically, you are a god against a demon with humans (your followers) as the pawns. Interestingly, you never actually take control of your followers. At most you give them general instructions (build, fight, unite, gather). You can also force followers out of cities they have built so they can do something else. Apart from that they are completely autonomous. The key to success is paving the way for your followers to outnumber and defeat the enemy. To do this you must flatten the land so cities can be built, raise land from the seas, and perform miracles to hurt your opponent's followers or help your own. You gain spirit from your followers, so the more you have the better. The more spirit you have the more miracles are available to you. Examples of miracles are raising a volcano that oozes out lava to destroy anything in its path and spreading conversion pools that convert your opponent's followers to your own. It's the constant flattening land and performing miracles while giving general instructions to your followers that keeps things interesting. Each god has certain stats for their followers on top of the unique miracles they have, so choice of which god to use is vitally important.

There is a time limit in most maps. At the end of the limit Armageddon starts (you can also start this with a miracle) pitting all of your followers against the demon's. No miracles are allowed, so you just watch and see who wins. This is what decides the victor over a map. Therefore, it is extremely important that you keep your population over your opponent's at all time. Although the first levels are pretty easy, the later levels will have you scrambling to keep up.

There is a Free Play mode that allows you to play the regular game with your own rules and there is a Warrior Hunt mode that has you searching for specific people in a mix of others. The Warrior Hunt mode is an interesting minigame, but it won't hold your attention like the regular gameplay does. As you unlock all the gods (there are five in all which are pictured on the box art) Free Play mode will probably be the place you come back to the most. It's kind of like playing Advance Wars outside of the story mode.

The music and graphics aren't anything special, but it's hard to care. The gameplay is so engrossing that I never really notice.

=Music is nothing special

-Graphics are poor (but who really cares?)

Who shouldn't get this game? People who want to directly control/manage their units, want a variety of unit types, require great graphics, or people who don't know what fun is!

Overall, I would give this game a 9/10. Thanks for another great game, Xseed!
Read more
17 people found this helpful
Report abuse

S. Kosloske
3.0 out of 5 stars Sorry, I can only give this 3 stars.
Reviewed in the United States 🇺🇸 on 9 January 2012
Verified Purchase
I was a HUGE fan of the original PC game, so I had to give this a shot for my new 3DS.

It's good, and it's only $12ish for the game. And I don't regret buying it, I can definitely get my $12 worth out of this game.

But, in my opinion, they made quite a few unneeded changes to what was already a great, playable game. It's fairly easy to pick up for those who already know the gameplay, but I can't help but think they really designed it for those who liked the original. I can't imagine someone who never played Populous picking up this game and finding it fun. It just doesn't flow as well as the original, and you find yourself the victim of seemingly "random" attacks from the computer player.

About the only thing that I think really comes through from the original is the feel of the game once you get into it. You start to develop the same type of strategy to beat the game, so it flows like the original. But it seems overly complicated with the new features, like the designers felt that the original was OK, but needed way more "Stuff". In this case, I feel like the "Stuff" doesn't add to the fun, it just makes things more complicated because they can.

Overall, it's a good game, but I think that it will only really appeal to those who want to get back into a classic game that hasn't been available for quite a long time.
Read more
2 people found this helpful
Report abuse

Tribecca Bess
5.0 out of 5 stars Awesome g
Reviewed in the United States 🇺🇸 on 3 November 2018
Verified Purchase
My brother says he feels like he is on top of the world and the boss of everything playing this game. I believe the same thing when I played it as well.
Read more
Report abuse

Amazon Customer
4.0 out of 5 stars pretty awesome!
Reviewed in the United States 🇺🇸 on 18 October 2011
Verified Purchase
If you love to feel the power of having your own army of people below you and being a god then you will love this game,Very fun and easy to learn if you actually do the training.So listen at the start or be doomed !
Read more
Report abuse

David
3.0 out of 5 stars Three Stars
Reviewed in the United States 🇺🇸 on 23 July 2014
Verified Purchase
Not as good as the computer version (even the original) but still kind of fun.
Read more
Report abuse
See all reviews