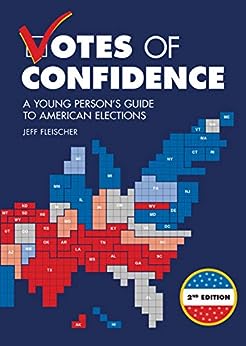 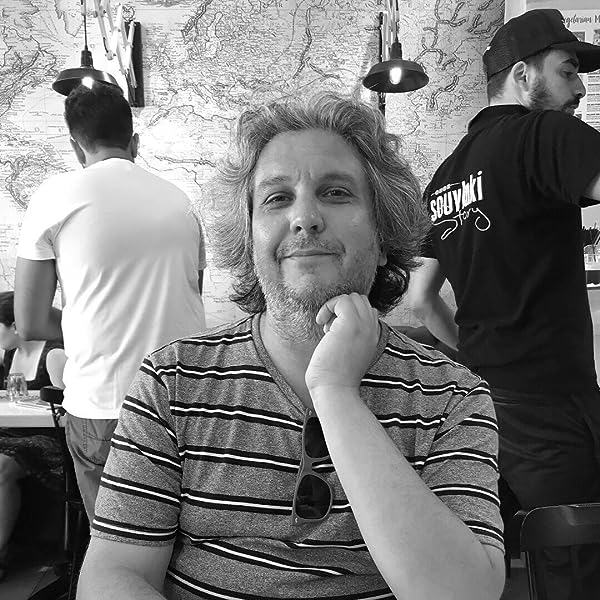 by Jeff Fleischer (Author) Format: Kindle Edition
See all formats and editions
Sorry, there was a problem loading this page. Try again.

Every two years, media coverage of American elections turns into a horse-race story about who's leading the polls and who said what when.

Give young adult readers clear explanations about how our election process actually works, why it matters, and how they can become involved. Using real-world examples and anecdotes, this book provides readers with thorough, nonpartisan explanations about primaries, the electoral college, checks and balances, polls, fundraising, and more. Updated with facts, figures, and analysis, this edition provides the next generation of voters with essential guidance about the past, present, and future of American elections.

"Fleischer presents a potentially didactic subject matter in a digestible and organized manner. Recommended for middle to high school students, educators, and others interested in becoming civically informed and engaged."—School Library Journal

Primary elections, popular votes, the electoral college, political parties, and other commonly misunderstood civics topics are concisely explained in the second edition of this 2016 title. Written in a conversational tone, the text reads like course notes from a beloved teacher. Fleischer presents a potentially didactic subject matter in a digestible and organized manner. A historical overview of the formation of our government contextualizes the current social and political climate. Provided resources will help readers navigate the information landscape in an era of social media and misinformation. Those interested in learning more about an aspect of the election cycle, voting rights issues, or ways of getting involved will find this book to be a satisfactory tool for their information needs. This title is a history lesson, civics compendium, and call to action combined in one engaging volume. ¬VERDICT Recommended for middle to high school students, educators, and others interested in becoming civically informed and engaged.--School Library Journal

The first edition of this book was published in the midst of the 2016 election. In the introduction of this second edition, Fleischer states that it was in the aftermath of that election, amid the current climate of fake news and misinformation, that he felt it was vital to update the book so that young people are more informed about how the government works. The census bureau predicts that 'the post-1980s generation will be 36.5 percent of eligible voters by 2020.' Fleischer clearly and understandably explains how the American government came to be and how it's supposed to work. He describes the three branches, how a bill becomes a law, reasons for and against the Electoral College, primaries, and national, state, and local general elections. Political parties, campaigns, debates, financing, gerrymandering, voter suppression, and ballot initiatives are covered. The text emphasizes what young people need to know to vote, where to get accurate political information, and how to become more involved in politics. Back matter includes source notes, additional resources, index, sidebars, charts, illustrations, and photographs. Fleischer avoids making the topic dry or boring by using conversational language (stinks, BS) and includes surprising facts that make this a very readable, engaging, and entertaining history of American elections and politics for young people. Highly recommended.--starred, Booklist

Updated edition of a frank, left-leaning 2016 guide. The past four years have brought significant changes to electoral practices and procedures--on local as well as national levels--and there is an acerbic tone to the fresh examples and observations that Fleischer incorporates into his wide-angled overview of how elections work . . . or are meant to. Building around chapters on registering to vote, casting ballots, and getting involved in the political process as a volunteer or candidate, he offers broad looks at how the U.S. government has been organized and reorganized as well as relevant topics from the development of political parties to how primaries, the Electoral College, the legislative process, and campaign finances have been gamed (mostly by conservatives) through the years. His brave effort to encompass the widely divergent rules of down-ballot elections as well as state and national ones does here and there force him into generalities, but he has plenty of illuminating stories to tell. Moreover, along with frequent sidebar glances at third-party races, the long history of voter suppression, fake news and ways to counter it, and more, he appends refreshed, annotated lists of helpful information sites, both nonpartisan and otherwise. If, as he argues, just showing up is the key to making the electoral process more democratic, this searching study makes an effective spur. Not exactly evenhanded but still a solid and timely foundation.--Kirkus Reviews

Jeff Fleischer is a Chicago-based author, editor, and journalist. He is the author of A Hot Mess: How the Climate Crisis is Changing Our World (Zest Books, 2021), Votes of Confidence: A Young Person's Guide to American Elections (Zest Books, 2020 and 2016), Rockin' the Boat: 50 Iconic Revolutionaries (Zest Books, 2015) and The Latest Craze: A Short History of Mass Hysterias (Fall River Press, 2011). His fiction has appeared in more than seventy publications including The Chicago Tribune's Printers Row Journal, Shenandoah, The Saturday Evening Post, and So It Goes by the Kurt Vonnegut Library and Museum. He has a master's in magazine journalism from Northwestern University's Medill School of Journalism and a bachelor's in both journalism and history from Indiana University. --This text refers to the library edition.

4.7 out of 5 stars
4.7 out of 5
4 global ratings
How are ratings calculated?
To calculate the overall star rating and percentage breakdown by star, we don’t use a simple average. Instead, our system considers things like how recent a review is and if the reviewer bought the item on Amazon. It also analyses reviews to verify trustworthiness.

There are 0 customer reviews and 4 customer ratings.

Jeff Fleischer is a Chicago-based author, journalist and editor. He is the author of non-fiction books including "Votes of Confidence: A Young Person's Guide to American Elections" (Zest Books, 2016 and 2020), "A Hot Mess: How the Climate Crisis is Changing Our World" (Zest Books, 2021), "Rockin' the Boat: 50 Iconic Revolutionaries" (Zest Books, 2015), "The Latest Craze: A Short History of Mass Hysterias" (Fall River Press, 2011). His fiction has appeared in more than seventy publications including the Chicago Tribune's Printers Row Journal, Shenandoah, the Saturday Evening Post and So It Goes by the Kurt Vonnegut Museum and Library. His journalism has appeared in dozens of publications including Mother Jones, the Sydney Morning Herald, the Chicago Tribune, Chicago Magazine, National Geographic Traveler and Mental Floss.