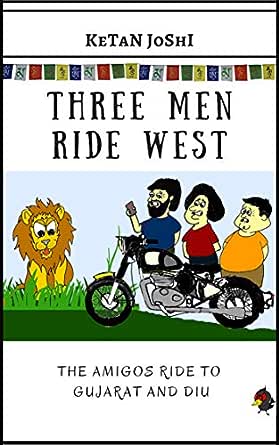 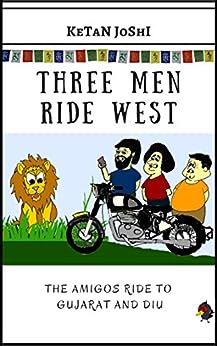 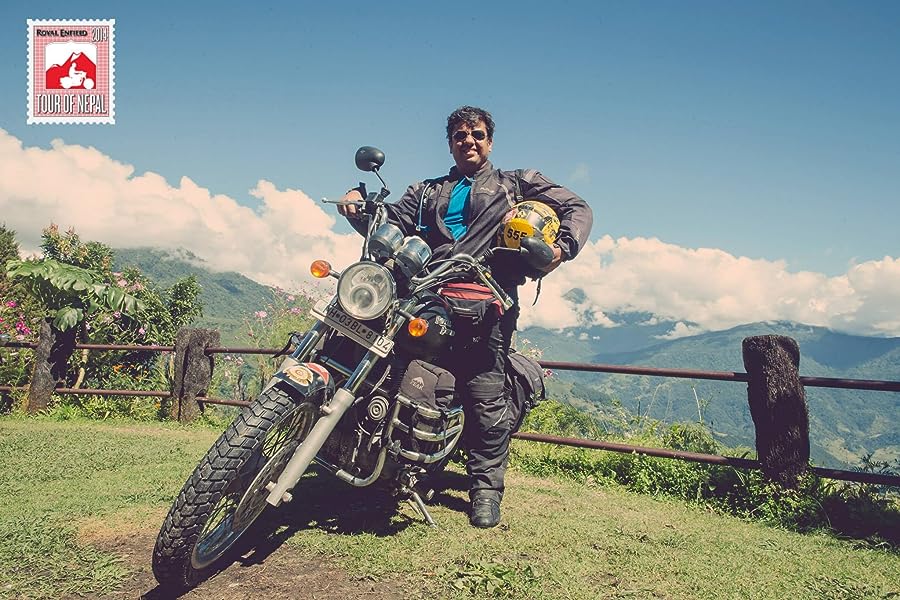 Join the Amigos in yet another hilarious and enjoyable exploration of India on motorcycles!

Ketan, Adi and Delzad are the ‘Amigos’ - three  guys who explore far-flung areas of India on their Royal Enfield motorcycles. ‘The Three Men on Motorcycles’ have earlier ridden to  North and South India - Now they decide to explore West India!

West India - Gujarat -  is an amazing place! It’s just one surprise after another. The last home of the majestic Asiatic Lions, beautiful royal palaces, ancient Portuguese forts, even more ancient Indian forts, legendary temples, unique Marine sanctuaries, Dinosaur remains - and amazing pre-historic cities of the Indus Valley civilisation, which are as old as the pyramids!

Join the Amigos on their fifth sparkling ride - see Adi in his new avatar as the affianced man, sympathise with Delzad as he cribs bitterly about the lack of tandoori chicken, and let Ketan take you through the history, stories, mythology and culture of the region and tell you about all kinds of fascinating tit-bits of history. It will make you see Gujarat in a whole new light!

Laugh-out-loud hilarity and the sheer joy of riding with Ketan, Adi and Delzad - motorbike adventures don't get any better than this.

Check out the photos of the ride on www.ketanjoshi.net

satyajeet
5.0 out of 5 stars Another hit
16 December 2019
Verified Purchase
It’s nice to get another of the escapades of the three men on bikes.... I thought the series HD come to an end, but good to have this... like all the previous books it brings a smile to your face and keep wishing only if I had been there.... can’t keep the book down... you live the journey and the their lives reading it.. this can actually be converted to a TV series.... the little things that shape up the story are so engrossing that at no point you feel disengaged.... the interesting things about the forts and places is so well narrated that you would want to know more...... in all a great read again from the three men
Read more
Helpful
Comment Report abuse

Anil
5.0 out of 5 stars A familiar but interesting read
26 December 2019
I picked this one up with less expectations but it turned out a great read. Given the spectacular locations of the previous rides Ketan's written about, Gujarat felt a little underwhelming but boy was I mistaken. It's his fifth book in the series and it feels like he's settled into a comfortable style where he manages to keep the narrative moving while bringing in history and local knowledge with a sure hand.

It's a great read and really makes you feel like you're riding along with the 3 Amigos as they get up to their usual shenanigans while riding somewhere a little less trodden.

No hesitation giving this one a 5 star.

Amazon Customer
4.0 out of 5 stars An enjoyable journey
16 December 2019
In his previous books Ketan took us to the mighty Himalayas, so when he decided to take us to Western India, i was a bit apprehensive. Never thought Gujarat would be on my wishlist. But after reading this book i have changed my view. I am Ketan's fan. I love his narratives, his way of looking at things. I love his retelling the mythological stories, the dialogues between the amigos, and the bits of information he adds. I always wondered why people name their kids Ranchhod Das, till i read this book. There is interesting history about the lesser known nawab of Junagad. All in all, a very enjoyable journey. Ketan does not disappoint at all!!
Read more
Helpful
Comment Report abuse
See all 3 customer reviews
Write a product review

Kindle Customer
5.0 out of 5 stars Another great travelogue.... With motorcycles!
3 January 2020 - Published on Amazon.com
I've been following the amigos on all their adventures and this is another good one. The author has taken great pains to research their travels and present them in a fun, lighthearted fashion. You will find as I did that not only is India geographically diverse but ethnically diverse as well. Much more than a motorcycle story, you won't be disappointed.
Read more
Go to Amazon.com to see all 1 reviews 5.0 out of 5 stars
click to open popover
Unlimited FREE fast delivery, video streaming & more
Prime members enjoy unlimited free, fast delivery on eligible items, video streaming, ad-free music, exclusive access to deals & more.
> Get started
Back to top
Get to Know Us
Connect with Us
Make Money with Us
Let Us Help You
EnglishChoose a language for shopping.
© 1996-2020, Amazon.com, Inc. or its affiliates