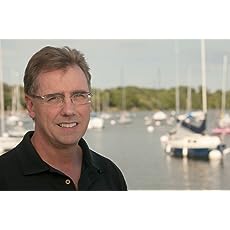 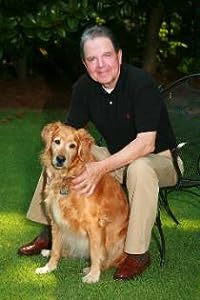 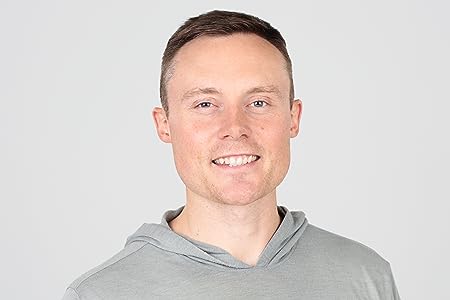 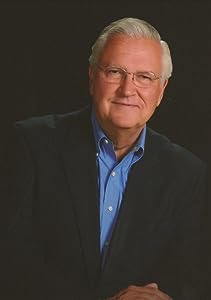 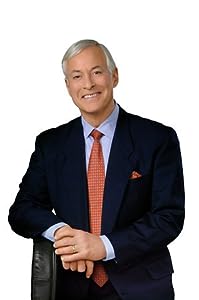 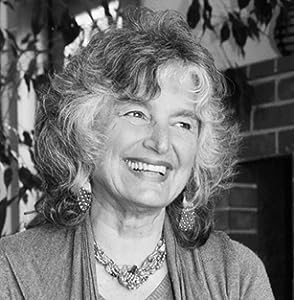 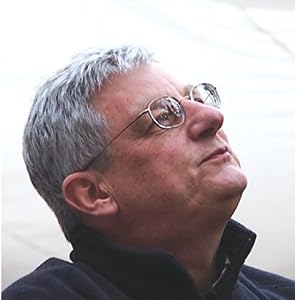 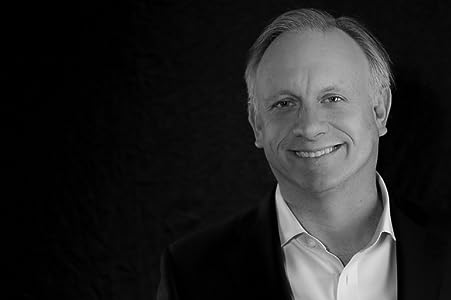 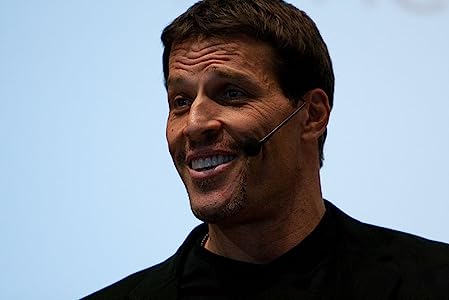 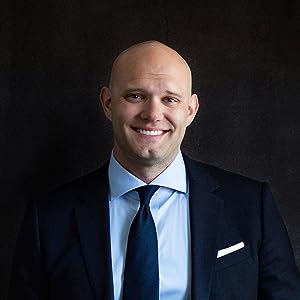 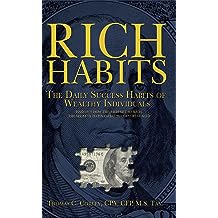 Rich Habits: The Daily Success Habits of Wealthy Individuals 1 Mar, 2010
by Thomas C. Corley
( 683 )
₹ 733.96
The Rich Habitsare ten Keystone Habits created through years of researching the daily success habits of his wealthiest clients. Adopting these ten habits will miraculously transform every individual who comes into contact with them. By applying these habits, you are literally walking in the footsteps of the wealthy. 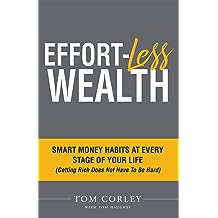 For five years, I studied the daily habits of 177 self-made millionaires and 128 individuals, struggling in poverty.


My goal? To learn what to do and what not to do.


Everyone’s life is a series of stages: childhood, primary school, secondary school, college for some, getting your first apartment, marriage, starting a family, etc. Money mistakes you make in one stage have a ripple effect, negatively impacting one or more subsequent stages. Make too many money mistakes and you will find yourself struggling financially, playing catch-up the rest of your adult life.


Those who make the right decisions at every stage, tee themselves up for financial success. In the pages that follow, I will teach you exactly what smart money habits you should be following at each stage of your life.


By following the lessons in this book, you will catapult yourself into the top 5% of individuals who are following a proven process that has only one outcome - financial independence. 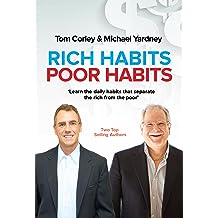 Rich Habits Poor Habits: Discover why the rich keep getting richer and how you can join their ranks 20 Dec, 2016
by Thomas C. Corley , Michael Yardney
( 95 )
₹ 449.00
This book is your chance to learn the specific Rich Habits you must have in order to succeed as well as the Poor Habits that you must avoid at all costs.
Read it to unlock the secrets to success and failure, based on Tom Corley’s five years’ study of the daily activities of 233 rich people and 128 poor people as the authors expose the immense difference between the habits of the rich and the poor.

Learn the proven strategies of Michael Yardney, Australia’s leading authority on the psychology of success and wealth creation and American co-author, Tom Corley, who’s internationally acclaimed research on the daily habits of the rich and poor has changed the lives of hundreds of thousands of ordinary people around the world.

This book has been written for people who…
• Are living from month to month but want to get out of the rat race and become rich
• Are financially comfortable, but aspire for more
• Want to create lifetime wealth
• Want to teach their children how to become rich and leave a legacy

What others are saying about rich habits poor habits:

"The easiest way to be good at something is to learn from the world's best. Rich Habits, Poor Habits does all the work to teach you how successful people get rich and stay rich. Highly recommended!" -Dave Asprey, Entrepreneur, CEO of Bulletproof Coffee and author of The Bulletproof Diet

While Michael Yardney is best known as a property expert, he is also Australia’s leading experts in the psychology of success and wealth creation.

Michael’s wisdom stems from his personal experience and from mentoring over 2,000 business people, investors and entrepreneurs over the last decade.

His opinions are frequently quoted in the media and Michael was once again voted Australia’s best property investment educator and mentor. Over the years he has probably educated more successful property investors than anyone else in Australia.

Tom Corley understands the difference between being rich and poor: at age nine, his family went from being multi-millionaires to broke in just one night, due to a catastrophic fire that destroyed his Dad's thriving business. For fourteen years they struggled with poverty. There were eleven in Tom's family, and they lived in constant fear of losing their home.

Driven by the desire to unlock the secrets to success and failure, Tom spent five years studying the daily activities of 233 rich people and 128 poor people. He discovered there was an immense difference between the habits of the rich and the poor. During his research he identified over 300 daily activities that separated the “haves” from the “have nots.”
Tom now travels the world, sharing his Rich Habits and motivating audiences at industry conferences, corporate events, universities, multi-level marketing group events, and global sales organizations’ presentations and finance conferences. He has even spoken on the same stage with famous entrepreneurs and personal development experts, such as Sir Richard Branson, Robin Sharma, Dr. Daniel Amen, and many others. 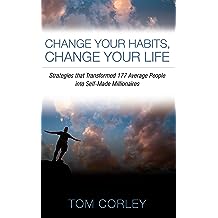 Change Your Habits, Change Your Life: Strategies that Transformed 177 Average People into Self-Made Millionaires 11 Mar, 2016
by Thomas C. Corley
( 263 )
₹ 449.00
“Your daily habits determine if you will be rich, poor or stuck in the middle-class. Tom Corley’s book will set you on a path towards success for you and your entire family.”

Change Your Habits, Change Your Life is the follow-up to Tom Corley’s bestselling book Rich Habits. Thanks to his extensive research of the habits of self-made millionaires, Corley has identified the habits that helped transform ordinary individuals into self-made millionaires. Success no longer has to be a secret passed down among only the elite and the wealthy. No matter where you are in life, Change Your Habits, Change Your Life will meet you there, and guide you to success. In this book, you will learn about:
• Why we have habits
• Habits that create wealth or poverty, or keep you stuck in the
middle class
• Habits that increase your IQ
• Habits that reduce disease and increase longevity
• Habits that eliminate depression and increase happiness
• Strategies that will help you find your main purpose in life
• Tricks to help you fast track habit change

Change Your Habits Change Your Life shares the strategies and habits that helped 177 self-made millionaires transform their lives and amass enourmous wealth. You will also learn about those habits that hold you back in life from achieving success and happiness. By using the habit change strategies in this book, readers will aquire the three characteristics of success, setting them on a path that will alter their very lives for the better. The success habits I will share with you will enable you to focus, every day, on pursuing success. Each good habit you add to your life will have a cumulative effect on your life. These habits are an investment in your individual success. Getting control of your habits is empowering. It gives you a sense of control over your life. Your new habits will not only put you on the path to success, they will also put you on the path to happiness. Your life will never be the same. 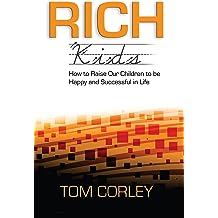 Rich Kids: How to Raise Our Children to Be Happy and Successful in Life 8 Sep, 2014
by Tom Corley
( 118 )
₹ 189.00 ₹ 711.54
You Save: ₹ 522.54(73%)
"This fast-moving, enjoyable book shows parents how to set their children up for success for all the years of their lives." Brian Tracy - Bestselling Author, the Power of Self-Confidence, Psychology of Achievement, Eat That Frog, Million Dollar Habits and over 40 other self-help books.

Now you can virtually guarantee that your children or grandchildren grow up happy and successful in life. Rich Kids helps adults become success-mentors, propelling kids to reach their fullest potential in life. You won't find these unique, groundbreaking strategies anywhere else.

Rich Kids will open your eyes and transform ordinary grandparents, parents and educators into extraordinary mentors for the next generation.