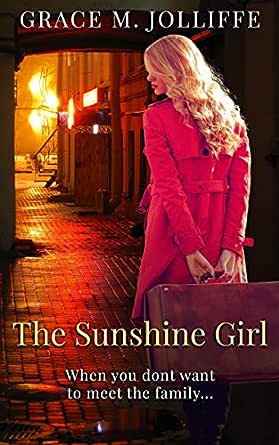 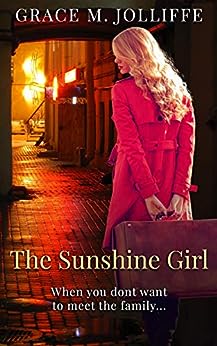 4.5 out of 5 stars
4.5 out of 5
4 customer ratings
How does Amazon calculate star ratings?
Amazon calculates a product's star ratings based on a machine learned model instead of a raw data average. The model takes into account factors including the age of a rating, whether the ratings are from verified purchasers and factors that establish reviewer trustworthiness.

Ms. M. B. Murphy
4.0 out of 5 stars Get inside the head and heart of the characters
Reviewed in the United Kingdom on 22 January 2019
Verified Purchase
I wished to explore different genres and this did not disappoint. The characters are easy to identify with and the setting is described affectionately. Key themes regarding the importance of family and being working class are explored in depth and described favourably in the sense that all the characters are respected and loved in their own right. Easy to read and not too complex. I read this book in three days, in three sittings! The plot keeps you intrigued about what will happen to the characters, mostly that of Josie.
Read more
One person found this helpful
Helpful
Sending feedback...
Thank you for your feedback.
Sorry, we failed to record your vote. Please try again
Report abuse

Heather
5.0 out of 5 stars A bit of nostalgia...
Reviewed in Canada on 23 July 2019
Verified Purchase
This is a wonderfully nostalgic look at 1970s Liverpool. This story has great characters who are well written. Josie, the main character, is a shopaholic who needs to stop shopping. A charming story with mystery, romance, and fun, this is a great read. I would recommend this book.

I received a free copy of this book via Booksprout and am voluntarily leaving a review.
Read more
Helpful
Sending feedback...
Thank you for your feedback.
Sorry, we failed to record your vote. Please try again
Report abuse

Grady Harp
5.0 out of 5 stars ‘Stop your worrying, Josie, love. You’re still my sunshine-girl, and always will be.’
Reviewed in the United States on 8 October 2018
Verified Purchase
Irish author Grace M Jolliffe was born and brought up in inner city Liverpool and after twenty-five years her family became returning emigrants when they moved back to Wicklow in Ireland when Grace was a teenager. Grace still lives in Ireland and now in spirit returns to Liverpool for her books ‘The Liverpool Series’ of which there are now five books. Grace earned awards for her early books – her debut novel PIGGY MONK SQUARE and FICTION STREET.

There is a definite flavor to Grace’s writing that places us in Liverpool – even for those who have not visited this famous city: the language, the lifestyle, and the around the corner adventure are present throughout this perky book.

An example of her fluid manner with prose is evident form her opening lines – ‘1975 -She turned her radio up as high as it would go. It crackled and hissed, but Josie didn’t care because Abba was playing and she loved their music. She sat on the edge of her bed brushing her hair and tried to imagine Abba's Benny looking into her eyes and singing the words, ‘having the time of your life,’ just for her. She brushed slowly and carefully. Her hair was sandy with auburn streaks and long enough to reach her waist. She sang along while the radio played. Her mother said she couldn’t sing for tuppence. Maybe she was right, her voice was a little bit out of tune, but when she played the music at top volume, her voice melted into the song. Besides, she didn’t care anyway. Pop music cheered her up. After a day spent dealing with grumpy customers and dodging her twerp-faced boss in Smarmdales, she needed as much cheering up as she could get. She tuned her little transistor radio to radio Luxembourg whenever she got the chance to be alone. Being alone was a luxury since space was a rare commodity in a two-bedroom house. Josie’s parents had done their best. Like many parents of different sexed children in these tiny houses, Peggy and Cyril had hung a curtain across the room to divide it in two. The curtain was thick, brown and ugly but Peggy had found it at a jumble sale. Her priorities
had been price and size. Pretty didn’t come into it as long as the curtain kept Josie away from the prying eyes of her two little brothers, Bobby and Little Cyril. Peggy had been sure that one day she’d have the money to replace that old curtain with something brighter and prettier. But that one day, like most of the one days she hoped for, never arrived. Thirteen-year-old Josie had hated that dark curtain. It stopped the sun from shining in the window, but eventually, the brown had faded to a paler colour and, as her brothers got older and more curious, the grownup Josie came to appreciate the privacy. She called the curtain ‘The Iron Curtain’ and threatened to strangle any brother who as much placed a toe across its border.‘

The cleverly wrought plot unfolds comfortably – ‘It’s raining bills! Secret shopping addict Josie knows she should stop. Mick's her only hope, but he’s got a secret too. Stuck in a tiny house with over-protective parents, bickering brothers and a foul-mouthed bird she needs those gorgeous clothes to cheer her up. Mick cheers her up, so does drinking the weekend away and getting one up on her blank-eyed boss. But that blank-eyed boss is watching her and one little act of kindness gives him ammunition. Now he’s ready to fire, and everything’s changed. When a brick comes flying through the window, her parents think it’s all her fault. But do catalogue companies break windows? The truth is - they don’t! Josie’s in deep trouble and has no idea why.’

The gracious aroma of nostalgia comes through on every page as we get to know Josie but more importantly, Liverpool. This makes a fine excursion written by a lady who understands the importance of memory. Grady Harp, October 18
Read more
Helpful
Sending feedback...
Thank you for your feedback.
Sorry, we failed to record your vote. Please try again
Report abuse

V.E.
4.0 out of 5 stars Fun Story
Reviewed in the United States on 8 October 2018
Verified Purchase
The Sunshine Girl (1970's Liverpool Series by Grace M. Jolliffe is a rollicking good time with a fantastic lead character named Josie. Josie lives with her parents, has a shopping addiction, and a bit of a secret. She longs to leave her present mundane life, leave Liverpool, and so much more. With a shopping addiction, and the bills piling up, Josie knows something has to change. This is a cute, quirky story with enough charm, small mystery, and fun characters to carry along the story. If you long to re-visit the 70's and want a little nostalgia mixed in with the authentic flavor and feel of Liverpool, this is the story for you. Josie is a great character, and one that would certainly be welcome in a follow up to this story. Highly recommend for a fun-filled read.
Read more
Helpful
Sending feedback...
Thank you for your feedback.
Sorry, we failed to record your vote. Please try again
Report abuse