By pressing "Send link", you agree to Amazon's Conditions of Use.

You consent to receive an automated text message from or on behalf of Amazon about the Kindle App at your mobile number above. Consent is not a condition of any purchase. Message and data rates may apply.

Flip to back Flip to front
Listen Playing... Paused   You're listening to a sample of the Audible audio edition.
Learn more. 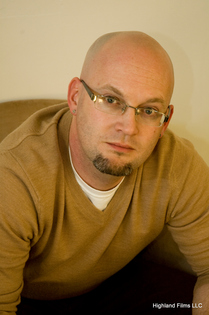 Should We Fire God?: Finding Hope in God When We Don't Understand Audio CD – Import, 8 April 2010

by Jim Pace (Author)
5.0 out of 5 stars 4 ratings
See all formats and editions
Sorry, there was a problem loading this page. Try again.
FREE delivery: Nov 24 - Dec 1 Details

Bank Offer (11): 10% Instant Discount up to INR 1500 on ICICI Bank Credit Card Transactions. Minimum purchase of INR 5000 See All
Cashback (2): Get extra ₹200 cashback as Amazon Pay balance on min purchase of ₹2,000. Valid on all prepaid orders of books, toys, video games, software, grooming & healthcare devices. This is in addition to 10% discount on HDFC bank. See All
No Cost EMI: Avail No Cost EMI on select cards for orders above ₹3000 Details
Partner Offers: Get GST invoice and save up to 28% on business purchases. Sign up for free Details
See 2 more
10 Days Replacement Only

Jim Pace is co-pastor at New Life Christian Fellowship at Virginia Tech in Blacksburg, Virginia. He helped found the Ecclesia Network, a group of emerging missional churches that are trying to figure out how to lead communities of faith in Jesus in our culture today. Jim and his wife have been married fourteen years and have three children. Should We Fire God? is his first audio book.
Start reading Should We Fire God? on your Kindle in under a minute.

Jim Pace is a pastor, author and follower of Jesus. In addition, he is a sought-after speaker on the topics of the Gospel and social justice, leadership development, and the sticky issues of faith that confront society.

Co-pastor at New Life Christian Fellowship (NLCF) at Virginia Tech in Blacksburg, Va., Pace was one of the voices of calm amidst the Virginia Tech massacre in 2007, when 32 people were killed and many others wounded in two separate attacks by a lone student gunman, who then committed suicide.

A credible and authentic man of character, Pace has appeared on "Larry King Live," "Anderson Cooper 360," "Good Morning America," CNN's "American Morning," "The 700 Club" "Celebrate Today," a host of local network affiliates as well as radio programs across the US and Canada. Additionally, he has been interviewed by Christianity Today, "The Washington Post," "The New York Times" and "The New York Post."

Jim calls himself a reformed cynic and at times a skeptic who still has a great number of questions about our world and God's role in it. Being in ministry beside Va. Tech University he is surrounded by other skeptics and cynics who challenge him to constantly consider both how he is reflecting on the tough issues of faith and how loving he is being in the process.

Jim has been married for 15 years to Tracy Pace and together they have three kids. Finally, he is a rabid fan of both 80's hairband rock and Hokie sports!

5.0 out of 5 stars
5 out of 5
4 global ratings
How are ratings calculated?
To calculate the overall star rating and percentage breakdown by star, we don’t use a simple average. Instead, our system considers things like how recent a review is and if the reviewer bought the item on Amazon. It also analyses reviews to verify trustworthiness.
Top reviews

M. Shelton
5.0 out of 5 stars Excellent book!
Reviewed in the United States on 1 June 2013
Verified Purchase
This is an amazing book! Very well written and easy to read. Helped me with many of my questions. I would recommend it to anyone wondering why God lets bad things happen to good people.
Read more
Report abuse

Amazon Customer
5.0 out of 5 stars Wonderful book for anyone seeking comfort from God
Reviewed in the United States on 11 August 2016
Verified Purchase
Gave me a lot of answers during a very confusing time. As a former VT student, I already knew I'd love this book bc I've sat in on Jim Pace's sermons!
Read more
Report abuse

A. M. Pardi
5.0 out of 5 stars Helpful and Real
Reviewed in the United States on 6 July 2010
Verified Purchase
I loved the book, Should We Fire God? I thought it was sincere and real - loved the beginning because I felt connected to the author and the difficult question that crosses all our minds.

I thought the book was really helpful and will encourage my co-workers to read it.
Read more
Report abuse
See all reviews
Back to top
Get to Know Us
Connect with Us
Make Money with Us
Let Us Help You
EnglishChoose a language for shopping.
© 1996-2021, Amazon.com, Inc. or its affiliates