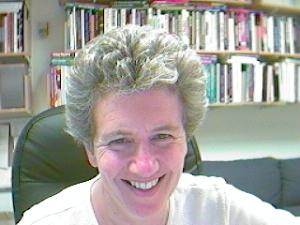 by Pippa Norris (Author), Ronald Inglehart (Author)
4.8 out of 5 stars 5 ratings
Part of: Cambridge Studies in Social Theory, Religion and Politics (30 books)
See all formats and editions
Sorry, there was a problem loading this page. Try again.

This book develops a theory of secularization and existential security, demonstrating that the publics of virtually all advanced industrial societies have been moving toward more secular orientations during the past fifty years, but also that the world as a whole now has more people with traditional religious views than ever before.
Read more
Previous page
Next page

Popular titles by this author

"This second edition is an outstanding contribution to the new thought among social scientists about the process of secularization... Norris and Inglehart present convincing arguments soundly anchored in extensive systematic research from around the globe...[They] provide a brilliant, well-written, and thoroughly convincing second edition of what will surely become a classic in the field. This is an indispensable work for any college-level class concerned with the role of religion in the contemporary world. Summing Up: Essential." -J.J. Preston, Sonoma State University, CHOICE Magazine

This book demonstrates that although advanced societies have been moving toward secular orientation, the world has more people with traditional religious views.

Pippa Norris is the McGuire Lecturer in Comparative Politics at the John F. Kennedy School of Government at Harvard University and a visiting professor at Sydney University. Her work analyzes comparative elections and public opinion, gender politics, and political communications. Companion volumes by this author and Ronald Inglehart, also published by Cambridge University Press, include Rising Tide (2003) and Cosmopolitan Communications (2009).

Ronald Inglehart is Professor of Political Science and program director at the Institute for Social Research at the University of Michigan. His research deals with changing belief systems and their impact on social and political change. He helped found the Euro-Barometer surveys and directs the World Values Surveys. Related books include Modernization and Postmodernization: Cultural, Economic and Political Change in Forty-Three Societies and Development, Cultural Change and Democracy (with Christian Welzel).
Read more

PIPPA NORRIS is a comparative political scientist who has taught at Harvard for a quarter century. She is the McGuire Lecturer in Comparative Politics at the John F. Kennedy School of Government, Harvard University and ARC Laureate Fellow and Professor of Government and International Relations at the University of Sydney.

Honors include award of the Sir Isaiah Berlin Lifetime Award by the PSA UK, the Johan Skytte prize in political science, the Karl Deutsch Award by IPSA, the Kathleen Fitzpatrick Australian Laureate Fellowship, Fellow of the American Academy of Arts and Sciences, and Doctor honoris causa from the University of Edinburgh, Warwick University and Leuphana University.

At Harvard she has taught DPI 403: Democratic Governance, DPI 413 Challenges of Democratization, DPI 415 Comparative Politics in Global Perspective, and Gov1109 Comparative Institutional Design in Harvard’s Government Department. Full details and publications can be found at: www.pippanorris.com and she can be contacted at Pippa_Norris@Harvard.edu.

4.8 out of 5 stars
4.8 out of 5
5 global ratings
How are ratings calculated?
To calculate the overall star rating and percentage breakdown by star, we don’t use a simple average. Instead, our system considers things like how recent a review is and if the reviewer bought the item on Amazon. It also analyses reviews to verify trustworthiness.

N. Creel
5.0 out of 5 stars Great read!
Reviewed in the United States 🇺🇸 on 17 February 2013
Verified Purchase
This is possibly the best religion and comparative politics book out there. It ties into Inglehart's "Modernization, Cultural Change and Democracy" book very well. Read both back to back if you can. (Read this second if you do)
Read more
One person found this helpful
Report abuse
See all reviews