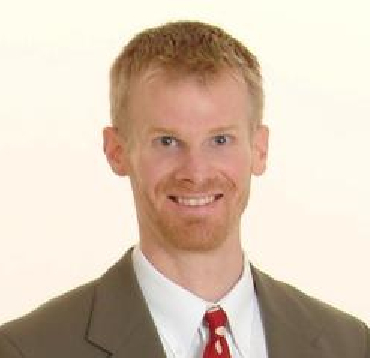 PEMF - The Fifth Element of Health: Learn Why Pulsed Electromagnetic Field (PEMF) Therapy Supercharges Your Health Like Nothing Else Paperback – 1 January 2014

by Bryant Meyers (Author)
4.6 out of 5 stars 665 ratings
See all formats and editions
Sorry, there was a problem loading this page. Try again.

You probably know that food, water, sunlight, and oxygen are required for life, but there is a fifth element of health that is equally vital and often overlooked: The Earth's magnetic field and its corresponding PEMFs (pulsed electromagnetic fields). The two main components of Earth's PEMFs, the Schumann and Geomagnetic frequencies, are so essential that NASA and the Russian space program equip their spacecrafts with devices that replicate these frequencies. These frequencies are absolutely necessary for the human body's circadian rhythms, energy production, and even keeping the body free from pain. But there is a big problem on planet earth right now, rather, a twofold problem, as to why we are no longer getting these life-nurturing energies of the earth. In this book we'll explore the current problem and how the new science of PEMF therapy (a branch of energy medicine), based on modern quantum field theory, is the solution to this problem, with the many benefits listed below: eliminate pain and inflammation naturally get deep, rejuvenating sleep increase your energy and vitality feel younger, stronger, and more flexible keep your bones strong and healthy help your body with healing and regeneration improve circulation and heart health plus many more benefits. THE MOST IMPORTANT RESEARCH BASED BOOK ABOUT PEMF THERAPY. A Must For All Those Who Are Thinking About Investing In A PEMF Device
Read more
Previous page
Next page

Bryant Meyers (B.S., M.A. Physics) is a bestselling author and leading expert in the field of PEMF (Pulsed Electromagnetic Field) therapy and energy medicine. Bryant is a former TV show host and former Physics/Math Professor at Central Michigan. For over 18 years Bryant has researched, tested, tried, and investigated over $500,000 worth of energy medicine devices, studying with many of the world's experts. He has personally helped thousands of people with energy medicine and PEMF therapy devices to achieve pain relief, better sleep, and overall better health. During the past 7 years, Bryant has dedicated his research to PEMF therapy because he feels it is THE most effective and best researched energy medicine device available today. Bryant's book, PEMF - The Fifth Element of Health was featured on the Brian Tracy Show that aired on ABC, NBC, CBS and Fox affiliates across the country. Bryant has also been featured on GaiamTV, Hayhouse Radio, and has given many lectures and classes on PEMF Therapy. His book is available on Amazon and many other leading booksellers.

Update 2015 - Bryant is an Associate Producer of the upcoming Documentary "The Connected Universe" and he is featured in the soon to be released "Supercharged" documentary.

4.6 out of 5 stars
4.6 out of 5
665 global ratings
How are ratings calculated?
To calculate the overall star rating and percentage breakdown by star, we don’t use a simple average. Instead, our system considers things like how recent a review is and if the reviewer bought the item on Amazon. It also analyses reviews to verify trustworthiness.

Relevant
5.0 out of 5 stars New era of pulsed field magnetic therapy
Reviewed in India 🇮🇳 on 17 March 2020
Verified Purchase
The technology works and I wanted to know a bit more to use the devices I have.
Very comprehensive and informative
Every concerned health practitioner and interested people should read this and get introduced to this great new area of pain relief and health revival
Read more
One person found this helpful
Helpful
Report abuse

Anuj Grover
5.0 out of 5 stars Best to buy
Reviewed in India 🇮🇳 on 14 June 2016
Verified Purchase
Book comes in great condition and on time

Sarosh J. Ghandy
5.0 out of 5 stars Five Stars
Reviewed in India 🇮🇳 on 29 July 2018
Verified Purchase
A good book. A lot of information of which I was not aware.
Read more
Helpful
Report abuse

Dragon
3.0 out of 5 stars High Power or Low Power.
Reviewed in the United Kingdom 🇬🇧 on 15 May 2017
Verified Purchase
Well written so why only 3 stars. Well it's not the authors fault but there seems to be a disagreement regards the "power" required with PEMF. This book recommends low power........sort of the ripples in the water effect and says high power is not needed. Others on line say if you want fast results, you need very high power. I don't know who is right, so after reading this book I am still stuck as to which to use.........who do I believe?

I do know a relatively low powerded hand held PEMF device does help remove pain from my collar bone.

Ihave noted some warnings regards PEMF. Don;t use if you have a pace maker. Don't use high powered ones if you have breat implants, it can cause them to leak.

Back to the book...........didn't convince me that the lower power approach is right.
Read more
24 people found this helpful
Report abuse

Terry Dunn
4.0 out of 5 stars Enlightening book
Reviewed in the United Kingdom 🇬🇧 on 12 March 2022
Verified Purchase
Excellent chapters on how energy feeds our cells, and a summary chapter of all the elements we need to be healthy. I would have liked to see a comparison of PEMF machines with natural ways of absorbing earth energies, like barefoot walking, yoga, meditation, chi kung, and other methods. These machine are very expensive. I am certain there are natural ways to gain earth energies.
Read more
One person found this helpful
Report abuse

Mr . Review .
4.0 out of 5 stars Better than expected.
Reviewed in the United Kingdom 🇬🇧 on 15 October 2022
Verified Purchase
Much better than expected with lots of useful info one can apply to their life in terms of health . Schumann Resonance and Geomagnetic frequencies are to the fore in this book plus lots lots more . Worth a read a second time.
Read more
One person found this helpful
Report abuse

Knowledge thru Books.
5.0 out of 5 stars An in-depth analysis
Reviewed in the United Kingdom 🇬🇧 on 18 September 2019
Verified Purchase
Great book. Very informative. Highly recommended. This book gives in depth knowledge on the science behind energy medicine and it's application.
Read more
3 people found this helpful
Report abuse