<![endif]--> Skip to main content
PS, I Love You and over 2 million other books are available for Amazon Kindle . Learn more
Share 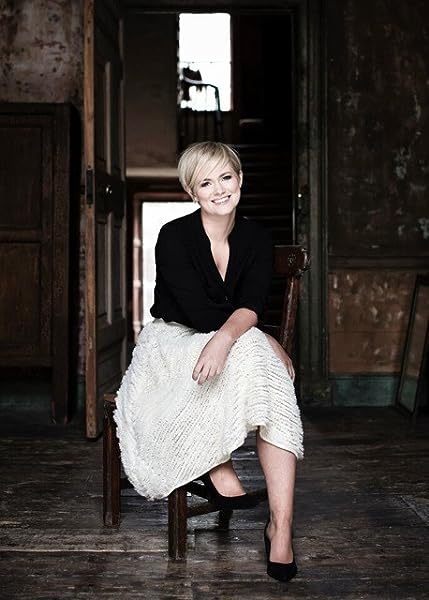 Editor's Picks for the month

Cecelia Ahern's debut novel, PS, I Love You, follows the engaging, witty and occasionally sappy reawakening of Holly, a young Irish widow who must put her life back together after she loses her husband Gerry to a brain tumour. Ahern, the twentysomething daughter of Ireland's Prime Minister, has discovered a clever and original twist to the Moving On After Death concept made famous by novelists and screenwriters alike--Gerry has left Holly a series of letters designed to help her face the year ahead and carry on with her life. As the novel takes readers through the seasons (and through Gerry's monthly directives), we watch as Holly finds a new job, takes a holiday to Spain with her girlfriends, and sorts through her beloved husband's belongings. Accompanying Holly throughout the healing process is a cast of friends and family members who add as much to the novel's success as Holly's own tale of survival. In fact, it is these supporting characters' mini-dramas that make PS, I Love You more than just another superficial tearjerker with the obligatory episode at a karaoke bar. Ahern shows real talent for capturing the essence of an interaction between friends and foes alike; even if Holly's circle of friends does resemble the gang from Bridget Jones a bit too neatly to ignore (her best friend is even called Sharon).

While her style can be at times repetitive and her delivery is occasionally amateurish, Ahern deserves credit for a spirited first effort. If PS, I Love You is any indication of this author's talent, readers have much to look forward to as Ahern matures as a novelist and a storyteller. --Gisele Toueg,

Everyone needs a guardian angel

Some people wait their whole lives to find their soul mates. But not Holly and Gerry.

Childhood sweethearts, they could finish each other's sentences and even when they fought, they laughed. No one could imagine Holly and Gerry without each other.

Until the unthinkable happens. Gerry's death devastates Holly. But as her 30th birthday looms, Gerry comes back to her. He's left her a bundle of notes, one for each of the months after his death, gently guiding Holly into her new life without him, each note signed 'PS, I Love You'.

As the notes are gradually opened, and as the year unfolds, Holly is both cheered up and challenged. The man who knows her better than anyone sets out to teach her that life goes on. With some help from her friends, and her noisy and loving family, Holly finds herself laughing, crying, singing, dancing – and being braver than ever before.

Life is for living, she realises – but it always helps if there's an angel watching over

Cecelia Ahern is the author of the international bestsellers 'P.S. I Love You', Love, Rosie and If You Could See Me Now. Several of her books have been made into movies by big productions houses. Film rights to If You Could See Me Now have been bought by Walt Disney Pictures and P.S. I Love You has been made into a film by Warner Bros. Foreign rights to her novels have been purchased in more than forty countries and have sold more than four million copies in North America, Europe and Australia. Cecelia Ahern is the daughter of Ireland's Prime Minister. She lives in Dublin.

Start reading PS, I Love You on your Kindle in under a minute.

Actually I have read PS I love you before...but the cover of that book was different. So, i have come forward with a simple question. Hope you all can clear my doubt. Are both books the same. Does this book shows all characters including Holly's father, Ciara's boyfriend, Richard - Holly's brother, and more. Please clear my doubt. I have send this book as a gift to my friend. But, now i am not sure whether this book is the same as the original version. (Note: Don't tell me the story-line of this book and the film are the same. Surely, I will get a mild heart attack. I don't like the movie seriously! :( )

Amazon Customer
4.0 out of 5 stars A Beautiful Book
31 August 2018
Format: PaperbackVerified Purchase
This was such a beautiful book. Everything about it was good. The story was heartwarming. It is about the female protagonist, Holly, and how the letters her late husband wrote before he died, helped her survive and get over him. The protagonist was lovable and she was not perfect; she was real, like us. She too felt jealous of her friends (though it was not the harmful kind of jealousy) and sometimes she was afraid, terrified but she survived. Holly's best friends, Sharon and Denise and her family have been portrayed beautifully. Overall a really good read and it is in budget too. The delivery was on time.
Read more

🌸👑Prabhleen Kaur👑🌸
5.0 out of 5 stars A story about how life reveals itself after you loose someone you loved and how life still moves on no matter what. A MUST READ
4 March 2018
Format: PaperbackVerified Purchase
A motivational and sensitively strong writing by Cecilia. An amazing read as always. Well, this novel covers the journey after you loose your loved ones and how to cope up with the loss and how life might turn upside down when you are struggling to get back on your feet after the fall. Just another beautifully written book.💟💟 Strongly recommend for everyone who fail to see a life after a great loss.
Read more
3 people found this helpful
Helpful
Comment Report abuse

This book is about Holly who is dealing with the death of her husband Gerry and is having a hard time accepting that he has gone forever. But Gerry has already set a plan to bring her out of her grief and face the life once again.

Yes, it has heartwarming story, romantic gestures, words from the loved one which we all crave for, the description of various dares and trips we all would love to take someday, everlasting friendships, the solid support system and surprises all along. But more than any of these, this book makes you feel every minute emotion that you go through when you’re in a relationship. It shows how we take our loved ones for granted and believe that things will always be the same. This book shows us those unexpected twists and turns in life, which one could never dream off.

One of my all-time favourites!

Vibhanshu
5.0 out of 5 stars Book for every lovers
24 December 2018
Format: PaperbackVerified Purchase
Ohh!! What a book!! Amazingly good.. My friend suggested me to read it. I prefer Hindi writings but this is the book made me to love English literature too. First chapter start with a sad story and slowly touch every emotions.
Language is not too hard. Paper quality of book is very good.

Sanchita Paul
4.0 out of 5 stars the meaning of living and surviving redefined.
19 July 2018
Format: PaperbackVerified Purchase
If you've heard the name of this movie, I would always suggest to go for the book first. The book conveys more widely what it wants to say. A classic Cecelia Ahern novel, P.S I love you talks about surviving as well as living. The books always carries one of the two main characters presence, even in his absence. The struggle of moving on, the restlessness of not being able to find a purpose for living is amazingly expressed here. If you love romantic genre, its a must read.
Read more
One person found this helpful
Helpful
Comment Report abuse

Bhaskar Anand
5.0 out of 5 stars Beautiful. Wonderful. Lovely.
29 September 2019
Format: PaperbackVerified Purchase
Beautiful. Wonderful. Lovely. A Masterpiece. Heart-warming. Fantastic. Sensational. Emotionally evoking. Cecilia, you are and amazing thinker and writer. I don;t know how you thought of this story, but you did it well. But you delivered to paper even better. This beautiful piece was like watching the most beautiful portrait ever painted through a glass spotted with the spots of the rain, with the rain representing the emotion that even the world feels knowing this book exists. It was truly amazing.
Read more
Helpful
Comment Report abuse

Go to Amazon.com to see all 491 reviews 4.2 out of 5 stars
Pages with related products. See and discover other items: love books, love novels
Unlimited FREE fast delivery, video streaming & more
Prime members enjoy unlimited free, fast delivery on eligible items, video streaming, ad-free music, exclusive access to deals & more.
> Get started
Back to top
Get to Know Us
Connect with Us
Make Money with Us
Let Us Help You
EnglishChoose a language for shopping.
© 1996-2020, Amazon.com, Inc. or its affiliates