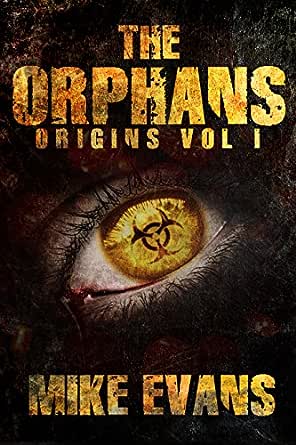 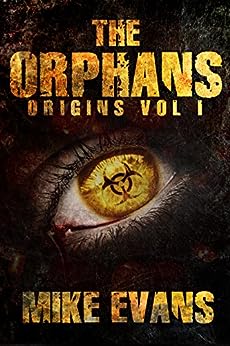 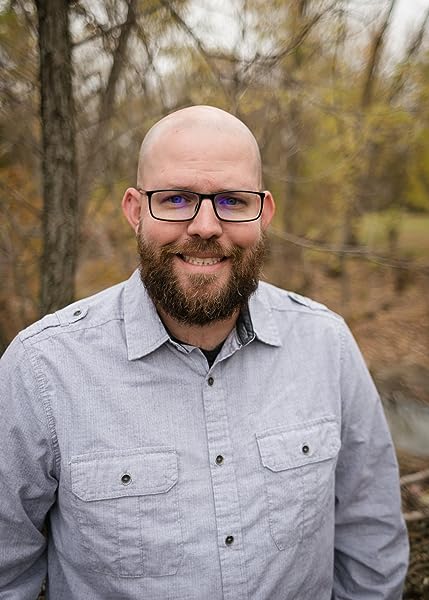 The Orphans is a hard-hitting, fast-paced zombie apocalypse, unlike others before it. From the beginning, giving you the gory hellish details, of how it all started and letting you fall in love with the characters, and cheer for them! But NO one is safe! Can the kids survive? Do they have what it is going to take, to survive the fight? In this apocalypse, the zombies are more powerful and dangerous than anyone could imagine.


Love made Frank Fox look for the cure for cancer, but what he got was hell unleashed on the world. The virus spread faster than the world could believe. Frank did everything he could to make sure that his only son Shaun was safe from "The Turned".


This is their story.


If you enjoy books by Mark Tufo with Zombie Fallout, or Nicholas Sansbury Smith & Extinction Cycle than this is a series for you. The dead are walking, they can rip your car door or arm off, they are stronger than imaginable with more surprises down the road filled with the dead in the streets.

Mike Evans is an author, award-winning journalist, commentator and the head of several prominent international non-profit organizations in the U.S. and the Netherlands.

Evans has written 42 books and has provided analysis and commentary on Middle East affairs for a variety of media. He has appeared on many network television and radio shows including Good Morning America, Cross Fire, Nightline, The Good Morning Show (Great Britain), and appears frequently on the Fox Network, CNN World News, NBC, ABC and CBS. His articles have been published in The Wall Street Journal, USA Today, The Washington Times, The Jerusalem Post and others. He serves as the Executive Director of The Corrie ten Boom Fellowship, as well as Chairman of the Board the Corrie ten Boom Foundation in Ha'arlem, Holland, which operates the ten Boom Holocaust Museum. He also founded The Jerusalem Prayer Team with a reunified Jerusalem's second mayor, Ehud Olmert.

J. Andrews
5.0 out of 5 stars Human tale around zombie epidemic
Reviewed in the United Kingdom on 20 August 2019
Verified Purchase
Take the zombie biased stance away and this is still a good read. The characters all come across as everyday people even the distant former military doctor. Okay granted he is not really there for his teenage son but that adds to the human side of the story as we go back to how the epidemic first started.
There's a few things that have been missed in editing but that always happens, don't let it throw you because it's rare and spaced, just enjoy the downfall like all good zombie stories bring us.

KarenC
5.0 out of 5 stars Thank you Mr Evans...amazing!!!!
Reviewed in the United Kingdom on 25 May 2018
Verified Purchase
I purchased this book last year believe it or not and finally got to emerge myself in it and I can honestly say it was a pleasant surprise.

I wouldn’t normally be a huge fan of teenagers in the apocalypse however I now find myself enlightened thanks to Mr Evans. The characters are brilliantly written and so relatable u find yourself rooting for them all during the book.

The story whilst heartbreaking was amazingly put together and I was on the edge of my seat literally for the entire book...I’m not afraid to admit I cried at some parts.

M. J. Harper
4.0 out of 5 stars How the Zombie Apocalypse Began
Reviewed in the United Kingdom on 26 February 2020
Verified Purchase
I really enjoyed the book, Mike Evans put a lot of effort creating a great back story describing the origins of the virus, how & why it was created, and painting a vivid picture of the lives of the main characters. I was on the edge of my seat as events unfolded, I can't wait for book 2!
Read more
Helpful
Report abuse

mark brady
5.0 out of 5 stars Miss this book at your peril!!
Reviewed in the United Kingdom on 30 July 2014
Verified Purchase
I saw an ad for this book and on no other recommendation than that of the author (don't they always) I thought I'd give it a try,and boy was I surprised! It's well written,the story grabs you from the start,it meshes perfectly and before I'd finished I was already looking for the sequel in the series
WHERE IS IT I need to follow the story of the survivors,what's happening to them and the infection. Absolutely brilliant, M.Evans please tell me more......

daniel tighe
5.0 out of 5 stars Great read
Reviewed in the United Kingdom on 12 August 2016
Verified Purchase
I really enjoyed the story although there was some typos and I felt that it could do so with some more chapter breaks. The characters are refreshing and I really enjoyed them, you also have little mercy when it comes to killing fictional characters much like myself. I shall be reading the rest to see how the story progresses. Thank you for the read.
Read more
Helpful
Report abuse
Load more international reviews

julie alton
5.0 out of 5 stars Five Stars
Reviewed in the United Kingdom on 4 March 2016
Verified Purchase
Wow i was hooked from chapter 1 loved it highly recomend this book series i found it nice to involve children for a change and u just fall in love with there different characters
Read more
Helpful
Report abuse

B00kL0ver
5.0 out of 5 stars Recommended!
Reviewed in the United Kingdom on 22 November 2016
Verified Purchase
This is a great book, that I recommend to anyone who likes the zombie genre! I will definitely read this whole series!
Read more
Helpful
Report abuse

Donna Redfern
5.0 out of 5 stars Brilliant
Reviewed in the United Kingdom on 18 May 2017
Verified Purchase
Fantastic book kept me glued from start to finish. You really feel for the characters. Can't wait to read the next instalment.
Read more
Helpful
Report abuse
Load more international reviews

missmarin
5.0 out of 5 stars fantastic and terrifying!
Reviewed in Canada on 1 September 2017
Verified Purchase
This book!!! This series!! Amazing! This is an absolute must read for anyone who enjoys this genre. Fast paced and brutal. Terrifying!!
Read more
Helpful
Report abuse

Ciaran
1.0 out of 5 stars Truly terrible.
Reviewed in the United Kingdom on 22 February 2016
Verified Purchase
If this book was worth a cent for every original idea its price of zero was bang on the money. It was one cliché after another. The book has so many bewildering glaring mistakes and bad science it makes you wonder how much research went into it and if the author is really a fan of the genre at all. Vitamins being a catalyst, something that isn't a virus going viral, a drug that can be administered via aerosol spilling and spontaneously vaporising itself from a slow moving truck crash in heavy traffic, a diesel bus crashing and spreading gasoline everywhere. So much of the book was in dire need of proofreading, editorial and rewriting. I honestly have no idea why this book is rating as 4 out of 5 stars.
Read more
Helpful
Report abuse

Dorothy Cannon
4.0 out of 5 stars Start of the zombie outbreak!
Reviewed in the United Kingdom on 11 December 2014
Verified Purchase
Enjoyed this race against time zombie outbreak. Watching the spread from the very beginning and the reason it was released in the first place was refreshing. Look forward to the next instalment.
Read more
Helpful
Report abuse

Fragglemoo
2.0 out of 5 stars Disappointed
Reviewed in the United Kingdom on 18 November 2014
Verified Purchase
I'd read good reviews about this book but I was disappointed by it.
Read more
Helpful
Report abuse

HC
4.0 out of 5 stars An awesome zombie book that really lets you care about the characters
Reviewed in the United States on 29 July 2016
Verified Purchase
There seem to be two types of zombie stories. The slow methodical paced zombies that are scary as a mob, but not so much individually. And then there are the fast, extremely ferocious ones that you can't outrun. This book has the latter. There were several times I felt dread at knowing, no matter how fast you ran, these creatures were still going to catch you. At times there was a sense of hopeless inevitability.

The author excelled at getting me to care for his characters. I empathized with Shaun a lot and to a lesser degree with the other protagonist Ellie. I had to keep reminding myself throughout the story they were only 13. They seemed so capable for their age. Had Mike not stated their age I would've put them closer to 16 or 17. With that said there were a couple throw away characters that didn't get much time to get to know before the inevitable happened. Granted they weren't major characters, but a little more time devoted to them would've made their deaths more meaningful.

The story jumps back and forth in time and the dates are listed at the beginning of the chapters. The first time the story jumped to the past it was a little jarring because I hadn't paid attention to the dates, but after the first time I expected it and enjoyed the diversion and insights the past provided.

I've read some reviews and there were a few complaints about the gore. I don't quite understand the remark as this is a zombie book. Did they expect butterflies and rainbows? Yes, there is gore. I didn't feel it was excessive considering the genre.

I like the author's writing style as well. He's descriptive enough to give you an idea, but doesn't go into so much detail as to tell you exactly what to see. I prefer reading books like this. I loved Robert Jordan, but he'd spend three pages detailing a dress, when a paragraph would do.