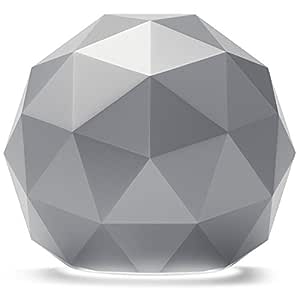 Additional Information
Feedback
Would you like to tell us about a lower price?
Customer Questions & Answers
See questions and answers

bbm
5.0 out of 5 stars This is a great router with excellent gateway security features!
2 November 2017 - Published on Amazon.com
Verified Purchase
I have been using this secure router since it became available and the updates since then have been making it better and better. I understand the concerns raised by others, but this is an excellent router with excellent security capabilities. I have a Google Onhub with Cujo firewall, and I prefer using just the Norton Core for both my wifi and security needs.

Yes, you will get slower performance on HTTP (unsecure) traffic to approximately 70 megabytes per second to handle deep packet inspection. But on HPPS (secure) traffic, which most websites and streaming content is provided under, it is not slowed down. Comparing my Google Onhub and Cujo firewall configuration with simply the Norton Core and on the highest security setting, I found no issues with streaming high-definition content over my Roku devices or on my computers.

For peace of mind, I prefer having the added security that Norton Core provides. It has already caught viruses at the gateway level before they ever reach an endpoint (my computer or phone). And it has also already caught malicious websites at the gateway level before my computer accesses them. It simply adds an extra level of security to the 20+ wifi connected items in my home.

I'm a proud owner and would recommend it to anyone. And even though I give Cujo high marks as well, my more recent experience with the Norton Core now prefers it more. I still remain disappointed that Cujo could not detect at the gateway level a test virus that basically every virus scan would immediately detect. Norton Core quickly detected it. Plus I am optimistic that the underlying software and firmware with Norton Core will only get better, as it already has over the last three months.
Read more
87 people found this helpful

First, I tested the basic router performance by disabling Core’s security inspection feature. Core’s 5g wifi range is larger than FiOS Gateway router’s. I was getting good 5g signal from Core in the attic where FiOS Gateway had spotty coverage. Even when placed in the basement, both Core and FiOS Gateway provide enough coverage on 2.5g band throughout my 3500sqft house and a small urban yard 6000sqft.

Wifi speed was comparable on both routers—on my iphone7 I was getting more than 300mbps on 5g from both routers. Maybe, Core was getting slightly better wifi speed but not by much. On the other hand, wired speed from Core (around 500-600mbps) is less than FiOS Gateway (around 700-800mbps), as I have noted before. My workhorse computer in the home office and xbox in the game room are wired through cat5 and I notice the difference when downloading large files from the cloud. For me this is only a difference of few seconds here and there so I can live with this.

The big issue with Core is the drop in speed when you turn on the security feature in any mode. In the advanced security mode, which is supposed to inspect all unencrypted traffic, the wifi speed drops to about 70mbps max as someone else has already noted. Wired speed tends to be slightly higher but still no more than 80mbps. Interestingly, these speeds are about the same in the default security mode as well, which is supposed to only inspect unencrypted traffic from “not trusted” sources. So, what you essentially have is a router with max speed of 70mbps in any security mode. While 70mbps is usually enough for any single device, when you have more than a dozen devices/computers and several of them start streaming high quality content it gets used up pretty quickly. And 70mbps is clearly a noticeable limit when moving large files through the cloud.

So, if you want to sacrifice significant speed for security or don’t have the need for speeds beyond 70mbps, Core might work for you. Since, most of our internet use is for trusted sources like Amazon/Apple/Google/Netflix etc and for work via Citrix, for me the added security is not worth the speed sacrifice. I was hoping Core has hit a sweet spot where it lets the trusted sources at high speed and only inspects the “untrusted” sources as it claims to in the default security mode. But in my testing I am not convinced it does that.

So, back to FiOS Gateway router for me. Another small consideration in my decision was the fact that I also get TV services through FiOS. To get all the TV features from FiOS you essentially have to use their Gateway router. There are some complicated workarounds that I am not inclined to pursue. I would have sacrificed some TV features if Core had hit the sweet spot on security vs speed.

INITIAL review:
My FiOS gateway router was doing a decent job but I was attracted to Norton Core by the security features. I am still evaluating the product but here are some initial observations--download speed reduction is a BIG ISSUE.

Set up was not that difficult but the access to ethernet ports on the back is pretty tight. Not easy to fit the wires through narrow opening and you have to bend the wire sharply right at the RJ45 junction. Bad functional design. Trying to be too cute with the look. Everyone wants to be a iPhone.

Built in speed test in the Core app shows ISP to Core speed are less than what my FiOS router was getting. Download speed dropped from the average of 800mbps to about 600mbps. Upload speed was hardly affected. I am hoping that the drop in download speed it due to the "deep packet inspection" or whatever security check that the Core is doing. If some techies could confirm this that would be helpful. Otherwise the noticeable drop in download speed is a big negative.

Final speed to the individual devices are significantly lower compared to FiOS router. On my computer connected through ethernet wire, final download speed through FiOS router averaged 800mbps but I am only getting about 200mbps though the Core but upload speed was hardly affected. As I noted above, there is already a drop from 800 to 600 between the ISP and the Core, presumably for security checks. Not sure why there is additional drop all the way down 200 to get to a wired computer. This is a BIG ISSUE.

Similar drop in speed to wifi connected devices. My iPhone 7 easily used to get 300/400mbps on 5g band from FiOS router. But now I am down to 60/70mbps through Core, which is lower than the speed I was getting on 2.5g band through FiOS router. I have not separated 2.5g and 5g networks on the Core yet. I want to see what iPhone will get on dedicated 5g band.

Still playing with all the features on the app--grouping, managing, prioritizing etc. App is definitely a plus compared to browser based management for my FiOS router. Also, the FiOS router was interfering with my video feeds across my local devices due to some SIP-AGL protocol but is working properly through Core.

Bottom line: still evaluating but the drop in download speed is a BIG ISSUE. Unless there is a legit reason like added security for such drop in final speed to the devices, I am inclined to return this.
Read more
236 people found this helpful

I have about 30 devices on my network between computers, tablets, phones, gaming consoles, Fire TVs, Alexa, Smart Lights/Lamps/Switches/Scale/ TV, Connected Receiver, Printers, Security Cam, Projector, Camera etc. and have been waiting for something like this for a long time.

This is the first time I know each and every device on my network - all easily identifiable by name and not by some indecipherable MAC address. I love the activity stream and alerts that tell me among other things if any new device has joined my network on my app on my phone which is with me at all times. I don't know how good the protection will work on these devices yet, but like the fact that i have added at least an extra deterrent for someone snooping around trying to look for a way in via a backdoor.

Also, I really like the integrated ability to control internet access by device, user, time of day, time spent online, type of content accessed and the ability to turn off the internet on demand.

I have already sent back my Verizon router and connected my Core directly to the internet with the help of Verizon's helpdesk ( I have an online cable subscription) and so there is no way to access internet without going via the Core.

There is a small lag that i notice sometimes in terms of speed but given the added control over my network and its security, it seems worth it to me. No noticeable change in streaming quality or FaceTime chats. I have not yet felt the need to prioritize access to any device.

I would enthusiastically recommend it especially for non networking geeks with multiple devices and/or need to control internet access. I have always felt like there should be an app for all of that, and now these is and it is very good.

I have a smallish home so don't know how the wifi performance with keep up over a bigger area.

Would like to see even more control on the network -like devices have to be approved before they can join, performance and analytics charts like Strava for the network :), and set times for whole wifi/internet to be up/down. Am also curious to try out the on demand guest network feature which i have not tested yet.
Read more
100 people found this helpful
Go to Amazon.com to see all 224 reviews 3.3 out of 5 stars
Unlimited FREE fast delivery, video streaming & more
Prime members enjoy unlimited free, fast delivery on eligible items, video streaming, ad-free music, exclusive access to deals & more.
> Get started
Back to top
Get to Know Us
Connect with Us
Make Money with Us
Let Us Help You
EnglishChoose a language for shopping.
© 1996-2020, Amazon.com, Inc. or its affiliates