<![endif]--> Skip to main content
The Nice Girl Syndrome and over 2 million other books are available for Amazon Kindle . Learn more
Share <Embed>

Flip to back Flip to front
Listen Playing... Paused   You're listening to a sample of the Audible audio edition.
Learn more
See all 3 images 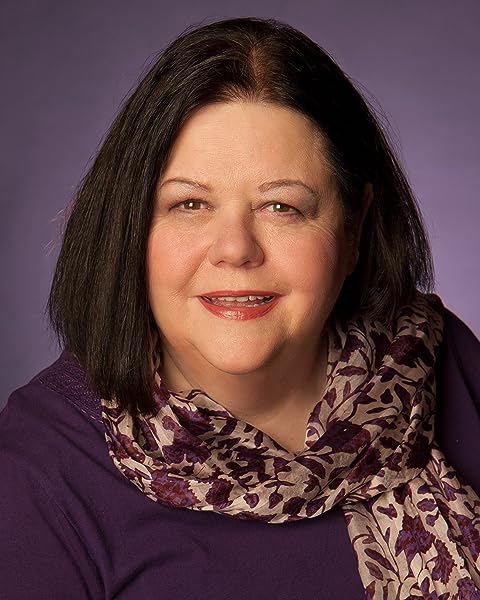 The Nice Girl Syndrome: Stop Being Manipulated and Abused –– and Start Standing Up for Yourself Hardcover – 12 Aug 2008

Are you too nice for your own good? Do family members manipulate you? Do coworkers take advantage of you? Have you stayed in an abusive relationship even though you know how much it is hurting you? If any of this sounds familiar, read The Nice Girl Syndrome.

In this breakthrough guide, internationally acclaimed therapist and emotional abuse expert Beverly Engel explains that women today simply cannot afford to be Nice Girls, since "nice girls" are much more likely to be victimizedemotionally, physically, and sexuallythan those who are not so nice. She helps you determine whether the syndrome is keeping you in an abusive relationship or in manipulative situations, and she identifies the seven different types of Nice Girls. She also discusses the specific conditions and experiences that contribute to the development of each type and helps you decide which type might apply to you.

Engel helps you understand the signals that your Nice Girl behavior sends to potential abusers. Through prescriptive action steps, she shows you how to confront the beliefs and behaviors that keep you stuck in your Nice Girl act and how to replace them with healthier, more empowering ones.

By reading The Nice Girl Syndrome, you'll learn how to:

To help in your journey from Nice Girl to strong woman, Engel tells the moving and inspiringstories of women she has worked with who have found the courage and strength to stop taking abuse and who have broken free fromthose who manipulate, belittle, and abuse them. Filled with wise advice, powerful exercises, and practical prescriptions, The Nice Girl Syndrome will show you step by step how to be your own strong woman.

Praise for Beverly Engel For The Nice Girl Syndrome

"Engel, a psychotherapist and domestic violence expert, has sharp words for the 'nice girls' of the world who care more about being perceived as sweet and pleasant than strong and self-protective. Drop the phoniness and passivity, she exhorts, arguing that while society superficially rewards nice girls, they suffer deeply in their intimate and work relationships by losing personal power and parading inauthentic selves. Avoiding conflict and playing naïve may seem to offer payoffs, Engel notes, but the payoffs aren't as big as the price women pay for not holding their ground'They may get taken care of but they aren't respected. They may get special attention but from the wrong kind of people.' Readers will find Engel's elucidation of the four causes of 'Nice Girl Syndrome' and the 'Seven Types of Nice Girls' (e.g., Doormat, Pretender, Prude, Enlightened One) deeply funny and familiar. . . . This book will challenge, entertain, and empower its readers."
Publishers Weekly (starred review)

For The Emotionally Abusive Relationship

"A good, solid treatment of an insidious but all-too-common type of relationship in which the weapons are words and moods rather than the fist, but which do just as much damage. Most importantly, Ms. Engel doesn't just describeshe shows us the way out."
Susan Forward, Ph.D., author of Emotional Blackmail and Toxic Parents

For Loving Him without Losing You

"A powerful and practical guide to relationships that every woman should read."
Barbara De Angelis, Ph.D., author of Are You the One for Me? and Secrets about Men Every Woman Should Know

Beverly Engel , an internationally recognized expert in emotional abuse and a licensed marriage and family therapist for thirty years, is the executive director of Domestic Violence Solutions for Santa Barbara County. She is the author of numerous successful books, including Healing Your Emotional Self , The Emotionally Abusive Relationship , and Loving Him without Losing You . Engel has appeared on many national television shows, including Oprah , Starting Over , Donahue , Ricki Lake , and Sally Jessy Raphael , and her work is frequently featured in national magazines and newspapers such as O: The Oprah Magazine , Cosmopolitan , Psychology Today , the Washington Post , and the Los Angeles Times .

Start reading The Nice Girl Syndrome on your Kindle in under a minute.

C. Heisten
5.0 out of 5 stars Highly recommended
26 July 2016 - Published on Amazon.com
Verified Purchase
Helped me go deeper and pointed out some things I really needed to hear. I felt like it validated much of what I have learned the hard way in my life. This book was a breath of fresh air; to the point and straight up without a lot of extra blab. I feel validated and empowered to make better choices in the future. I for one really appreciated leaving God out of the equation. I lost years of my life doing that surrender, Let go let God thing when I should have left the abuser. I really recommend this book to any woman or girl seeking to speak out for themselves and reclaim their inner power. Oh, how much pain I might have avoided if I had read this when I was young...but, never too late to grow up! Thanks, Beverly Engel for helping me do just that!
Read more
12 people found this helpful

Rose
4.0 out of 5 stars A book that forces you to grow up
23 February 2015 - Published on Amazon.com
Verified Purchase
There are some tough lessons I learned in this book. Mostly I learned that many of the "nice "girl" behaviors that we learned as children cannot be carried into adulthood. It is just not a realistic way to live. You cannot possibly survive in the adult world while still viewing relationships through a child-like lense.

In the book the author describes the 7 types of nice girls. I found this to be very interesting and I wish she would have gone into more detail about each of the 7 types. Without going into much depth of the 7 types, I felt that something was lacking from the book. This is why I have given the book 4 stars instead of 5.

Overall it is a very good book. It will help you understand the reasons why so many of us cling to our childhood nice girl image.

I highly reccomend reading the book The Gift of Fear by Gavin de Becker, his book along with Beverly Engel's book have helped me accept that I don't always have to be "nice" and I don't have to feel guilty about it.

SELLY
5.0 out of 5 stars Every Woman Should Read
1 April 2018 - Published on Amazon.com
Verified Purchase
This book has helped me vocalize my needs and set proper boundaries in my life. My marriage and relationships with family/coworkers has greatly improved. It is unfortunate that our well meaning mothers/grandmothers have conditioned many women to be doormats/martyrs/victims ect.
Read more
6 people found this helpful

Kathryn Brock
5.0 out of 5 stars One of the books that helped me most
8 March 2013 - Published on Amazon.com
Verified Purchase
This book spoke to me so loudly when I first read it. After having put into practice some of the thinking patterns and other ideas in this book for over a year, I came back to this book and re-read it. I can honestly say that I don't need this book anymore. I know how to feel good about myself and treat myself right, and I have gained importance in my own eyes - a far cry from the desperate woman who purchased this book.

I remember being so low, trying to please everyone and never being happy. I remember feeling so low and helpless. I honestly thought I was incurable, but I grabbed this book in desperate hope that I could gain some semblance of self-worth and pull myself out of the situation I was in.

Fast forward to now: I have all those things I never thought I could have. I have self-esteem. I can't NOT stand up for myself! I make my own happiness. I treat myself like I do others. I'm no longer depressed. Others don't have control over how I feel, I do.

I can't explain how bad I was or how much life has changed for me; I just hope that this gives someone like me hope. And this book is a good start. It's not magic, you have to work on yourself actively - and it's HARD, especially at first. But it gets easier, and soon enough, you're loving yourself and your new attitude!

Read more
42 people found this helpful
Go to Amazon.com to see all 83 reviews 4.6 out of 5 stars
Unlimited FREE fast delivery, video streaming & more
Prime members enjoy unlimited free, fast delivery on eligible items, video streaming, ad-free music, exclusive access to deals & more.
> Get started
Back to top
Get to Know Us
Connect with Us
Make Money with Us
Let Us Help You
EnglishChoose a language for shopping.
© 1996-2020, Amazon.com, Inc. or its affiliates