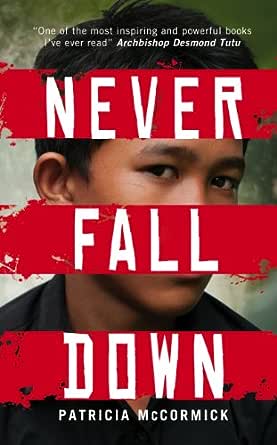 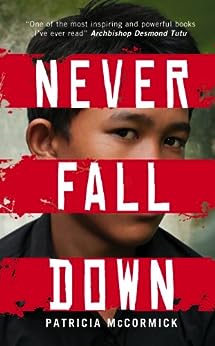 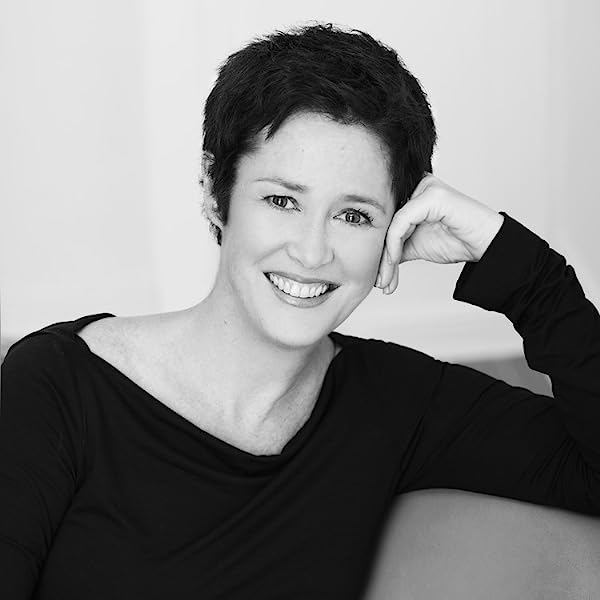 "As the story unfolds from atrocity to anguish it gains momentum until, in its final chapters, it becomes a gripping account of the inner turmoil of a child soldier." (New York Times)

"One of the most inspiring and powerful books I've ever read. NEVER FALL DOWN can teach us all about finding the courage to speak our truth and change the world." (Archbishop Desmond Tutu)

"Once again, McCormick has delivered a heartrending exposé of human tragedy. The natural syntax and grammar of Arn's narration imbues his story with a stunning simplicity and clarity against a backdrop of political chaos, terror, and death. This compelling story will awaken compassion and activism in secondary readers." (School Library Journal)

"Throughout his ordeal, as Arn turns from captive to child soldier to refugee, he speaks in the imperfect cadences of the English he only learned years later. It's a wise narrative choice: Telling Arn's story this way creates a sense of foreignness that feels right, and gives rise to the accidental poetry of faulty translation." (The Wall Street Journal)

"It could make you a better person... I was on tenterhooks the whole way through... A truly absorbing and heartwrenching read." (We Sat Down blog)

A powerful novel about a young boy who survives the Killing Fields in Cambodia. Endorsed by Desmond Tutu.
See all Product description

gracecat
4.0 out of 5 stars An Important Read
1 March 2016 - Published on Amazon.com
Verified Purchase
This was a gripping book about a brutal time in Cambodia... the 70's, the Khemer Rouge and the Killing Fields. It is told from the perspective of a young Cambodian boy, who soon loses his innocence, his security and his family. It totally captures the horror of the time and the effect it had.

The book is listed as a young adult book. I wondered at this because of the horror of the subject matter. But then, we should be teaching our teens about the horrors of our times with the hopes that they don't repeat themselves. We can hope, can't we?

The book is based on the actual experience of this young Cambodian man. The inspiring part is that ...yes, he survived, and has dedicated his life to both telling his story and involving himself in saving causes for Cambodia and humanity
Read more
6 people found this helpful

Nell Daley
5.0 out of 5 stars Absollutely a must read!
21 February 2014 - Published on Amazon.com
Verified Purchase
This is the story of Arn Chorn-Pond, who lived in Cambodia. When he was 11, the Khmer Rouge came to power and thus began the Kiling Fields. Nearly two million people died under the Khmer Rouge, one quarter of the population. It is the worst genocide ever inflicted by a country on its own people. Patricia McCormick, the author, tells this story in Arn's own words, and it makes the story all the more powerful. She says she verified, as much as possible, the truth of his story. She added to his recollections with research and sometimes her own imagination, to fill in the missing pieces, and says she believes the truth is right there between the lines. Even if some parts are not wholly true, the truth of the horrific things that happened in Cambodia and its people under the Khmer Rouge are true, and probably most of this story happened as remembered by Arn and related to her. Be sure to read the comments at the end of the book by Patricia McCormick, Arn Chorn-Pond, and others. One of the most profound novels I have ever read, and part of that is the way the story is written in his speech. It makes it all the more powerful.
Read more
5 people found this helpful

Judith Kelsey-Powell
5.0 out of 5 stars Stunning
13 January 2015 - Published on Amazon.com
Verified Purchase
I had some reservations about the distinctive form of English McCormick uses; it brought to mind the dialects used in racist accounts of the old south, the old west, and countless other settings where stereotyping has been excused in the name of vivid local color. But I found her explanation compelling, and I heard the authentic voice behind the language. I greatly appreciated the honesty in the story. It is a brutal account of the horror by which victimization bleeds into collaboration. It is a lot more comfortable to paint a portrait in the stark relief of good and evil, but in reality the margins blur. This book contributes significantly to the literature of twentieth century genocide. Let us never forget.
Read more
6 people found this helpful

KC
5.0 out of 5 stars Sobering Tale of Survival
24 November 2012 - Published on Amazon.com
Verified Purchase
As was true with her National Book Award finalist, SOLD, Patricia McCormick uses her fiction writing skills and her journalistic writing ability to share a child victim's harrowing tale. In this case it is Arn Chorn-Pond, survivor of the Khmer Rouge genocide in Cambodia. NEVER FALL DOWN, named for one of the first things the captured boy learned to survive, travels the full arc of his experience, from the last days of normalcy before the Khmer Rouge takeover through the years of captivity, forced labor, and eventual conscription as a Khmer Rouge "soldier" when the Vietnamese invaded.

And as was the case with Sold, this is a young adult book with some adult themes, in this case, violence, death, murder, and other atrocities. At times the descriptions get quite graphic. Adding to the effect is McCormick's decision to tell it as Arn himself would after he has learned but not mastered all the nuances of English. The contrast of this young, naive voice in broken English and the brutality it witnesses is stark, adding to the effect. Example:

"We walk three day. One long line of kid, all in black, one black snake with five hundred eye. Very tire, my leg heavy like boulder, my mind think only of the next step, then one more step, just walking, no thinking, no caring. Some kid die on the way. They die walking. Some kid cry for their parent or say they tire, they hungry. They get shot or maybe stab with the bayonet. Now we don't even look. We only walk."

In its way, Don't Fall Down reminded me of Elie Wiesel's Night, where we start with a healthy, happy boy, and end with a shadow, physically and mentally. It would make a perfect companion read, in fact. It is short, easy to read, and wise in its straightforward style of narration. McCormick lets the horror speak for itself. And, as was the case with the young Wiesel in 1943 Hungary, Arn faces choiceless choices in his bid to survive, to someday reunite with his family. He uses considerable guile around adults and learns how to make himself valuable through his musical ability. Still, Death is at his elbow most every page of the book, and the motives of various Khmer Rouge soldiers are always suspect, lending the book a sustained sense of horror and suspense.

As you might expect, happy endings are hard to come by for people who go through such trauma. Arn is no exception. Author McCormick spent countless hours interviewing not only Chorn-Pond but surviving family members, his American adoptive family members, and even former members of the Khmer Rouge he interacted with. Many of these people now live in a northern enclave of Cambodia, and McCormick and Chorn-Pond flew together to meet the most important one for what must have been a memorable reunion and interview to make this book as accurate as possible.

"I asked Arn difficult, probing questions about his actions," McCormick writes in the Author's Note, " -- the heroic and the horrific. I verified, as much as possible, the truth of his story. Then I wrote his story as a novel. Like all survivors, Arn can recall certain experiences in chilling detail; others he can tell only in vague generalities... So I added to his recollections with my own research -- and my own imagination -- to fill in the missing pieces. The truth, I believe, is right there between the lines."

It's a sobering truth, too -- one that once again reminds us there are no depths to which man is incapable of sinking.
Read more
3 people found this helpful
Go to Amazon.com to see all 283 reviews 4.6 out of 5 stars
click to open popover
Unlimited FREE fast delivery, video streaming & more
Prime members enjoy unlimited free, fast delivery on eligible items, video streaming, ad-free music, exclusive access to deals & more.
> Get started
Back to top
Get to Know Us
Connect with Us
Make Money with Us
Let Us Help You
EnglishChoose a language for shopping.
© 1996-2020, Amazon.com, Inc. or its affiliates