Mother Teresa (In My Own Words) and over 2 million other books are available for Amazon Kindle . Learn more
Share
Have one to sell?
Sell on Amazon
Flip to back Flip to front
Listen Playing... Paused   You're listening to a sample of the Audible audio edition.
Learn more.
See this image 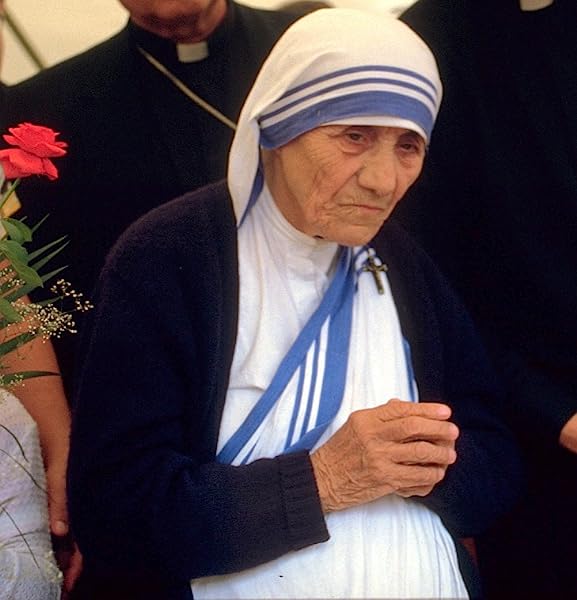 Mother Teresa: In My Own Words Hardcover – Import, 7 October 1997

Though Mother Teresa's words may be spare, her good deeds are abundant. The messages in this lovely collection--directed at coworkers, sisters, and others eager to hear the words of someone who lived the challenge she presented to others--are sure to provide inspiration for anyone who reads them. The quotes, stories, and prayers are a testament to the 1979 Nobel Peace Prize winner's generosity and strength of spirit: "Good works are links that form a chain of love"; "I never will understand all the good that a simple smile can accomplish"; "Before judging the poor, we have to examine with sincerity our own conscience." Mother Teresa's words and deeds fortified and inspired the poor, the dying, and the suffering. These powerful messages, combined with black-and-white photos of this highly regarded woman doing the work she loved, make for a truly unforgettable book.

The legendary Mother Teresa's work for?and among?the poor has become the yardstick by which the entire world measures compassion, generosity, and selflessness. Her words and actions have inspired millions of people from every race and religion and country to help the poor and needy, a legacy that is her gift to all mankind for generations to come.
From 1950, when she founded the order of Missionaries of Charity, to winning the Nobel Peace Prize in 1979, and then, in 1985, being awarded the Medal of Freedom?the United States' highest civilian award?to her final days, Mother Teresa served the world as a beacon shedding the light of hope, comfort, and peace on all.
Mother Teresa: In My Own Words is a timeless testament to the power of her words. Here are the same quotes, stories, and prayers that helped strengthen and inspire the poor, the dying, the suffering, and the doubting who she met during her lifetime, and that will continue to strengthen and inspire all who read them.

Start reading Mother Teresa (In My Own Words) on your Kindle in under a minute.

4.8 out of 5 stars
4.8 out of 5
95 global ratings
How are ratings calculated?
To calculate the overall star rating and percentage breakdown by star, we don’t use a simple average. Instead, our system considers things like how recent a review is and if the reviewer bought the item on Amazon. It also analyses reviews to verify trustworthiness.

Arthur Schmidt
4.0 out of 5 stars Summary of thoughts
Reviewed in Canada on 30 September 2019
Verified Purchase
A useful selection of her words.
Read more
Report abuse

Amazon Customer
5.0 out of 5 stars Five Stars
Reviewed in Canada on 13 September 2017
Verified Purchase
Another beautiful read there are many little parts of this book that keeps me in touch with our Lord
Read more
Report abuse