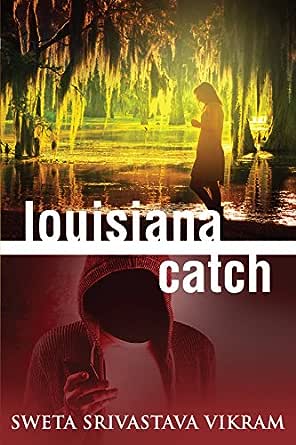 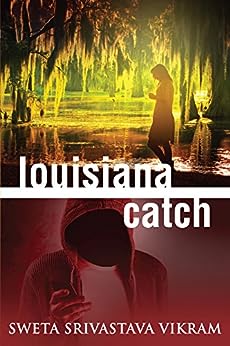 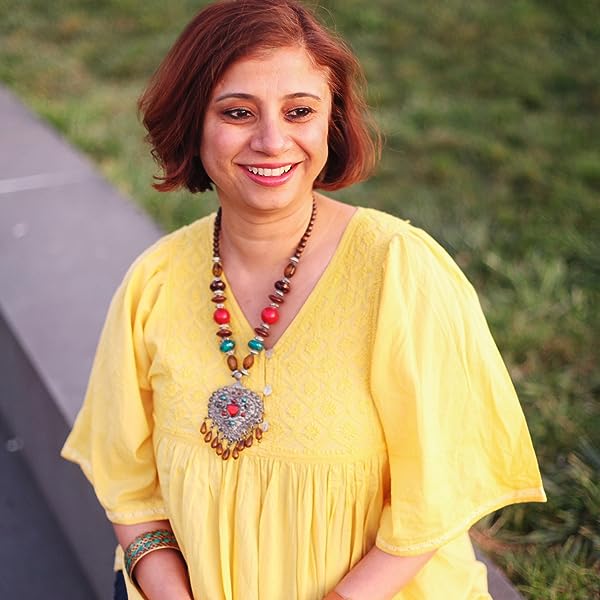 Sweta Srivastava Vikram (www.swetavikram.com), featured by Asian Fusion as "one of the most influential Asians of our time," is an award-winning author of eleven books, five-time Pushcart Prize nominee, mindfulness writing coach, wellness columnist, global speaker, and certified yoga and Ayurveda holistic health counselor. Sweta's work has appeared in The New York Times and other publications across nine countries on three continents. Louisiana Catch (Modern History Press) is her debut US novel. Born in India, Sweta spent her formative years between the Indian Himalayas, North Africa, and the United States collecting and sharing stories. A graduate of Columbia University, she also teaches the power of yoga, Ayurveda, and mindful living to female trauma survivors, writers and artists, busy women, entrepreneurs, and business professionals in her avatar as the CEO-Founder of NimmiLife (www.nimmilife.com). She also uses her holistic wellness training to combine creative writing strategies with Ayurveda and yoga to help poets and writers improve their writing. She lives in Queens, New York, with her husband, Anudit. You can find her on: Twitter (@swetavikram), Instagram (@SwetaVikram), and Facebook (http: //www.facebook.com/Words.By.Sweta) and her own blog www.SwetaVikram.com --This text refers to the hardcover edition.

"Louisiana Catch is perfectly relevant and lovingly bottom lines the urgency to become involved in the feminist agenda, all the while being a deliciously romantic and hopeful story. Sweta proves, yet again, her ability to illustrate all the nuanced layers of a woman's experience and honor her power to create change in the world."
--PALLAVI SASTRY, Actress (Blue Bloods)

"Louisiana Catch is a compelling read! I was swept into Ahana's world as she struggles to find a path forward after a turbulent and violent marriage. Sweta raises an interesting question--are we dest-ined to be defined by our choices? Read and find out for yourselves!"
--VANDANA KUMAR, Publisher India Currents Magazine

"A moving, modern story about letting go of the past in order to find true empowerment. As a longtime advocate of women in need, Sweta Vikram doesn't shy away from difficult topics. Louisiana Catch deals with the complexities of love, loss, history and home."
--GEORGIA CLARK, author, The Regulars

"In Louisiana Catch, celebrated author Sweta Vikram reminds us that violence against women should never be acceptable and it's not the victim's fault. The sudden loss of a dear one and a divorce from an abusive marriage force Ahana to emerge from her sheltered life and re-build her confidence to organize the largest women's conference. While she is determined to help other women, she once again faces love and deceit along the way. Will that help her or deter her from sharing her story of abuse with other survivors?"
--DR. SHRUTI KAPOOR, Founder and CEO, Sayfty

"Louisiana Catch is the story of a woman finding her voice and learning to listen to it. Sweta's descriptions paint a rich picture, capturing the complexities of relationships, culture and abuse, drawing you in and painting a vivid picture in your mind. A thoroughly enjoyable read that draws you in."
--KIMBERLY CAMPBELL, Executive Director, Exhale to Inhale

Across the pond, poet Sweta Vikram's second novel, Louisana Catch is timely in the wake of #MeToo. A grieving daughter and abuse survivor must summon the courage to run a conference to raise awareness of violence against women. We're huge fans of Vikram's poetry, where she deftly handles big themes and issues, and expect no less from this novel. "
-- FARHANA SHAIKH, The Asian Writer

--This text refers to the paperback edition.

Page 1 of 1 Start overPage 1 of 1
This shopping feature will continue to load items when the Enter key is pressed. In order to navigate out of this carousel please use your heading shortcut key to navigate to the next or previous heading.
Back
Next
click to open popover
Unlimited FREE fast delivery, video streaming & more
Prime members enjoy unlimited free, fast delivery on eligible items, video streaming, ad-free music, exclusive access to deals & more.
> Get started
Back to top
Get to Know Us
Connect with Us
Make Money with Us
Let Us Help You
EnglishChoose a language for shopping.
© 1996-2020, Amazon.com, Inc. or its affiliates