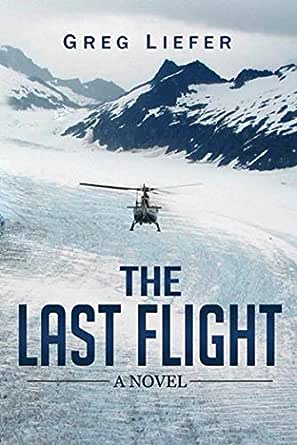 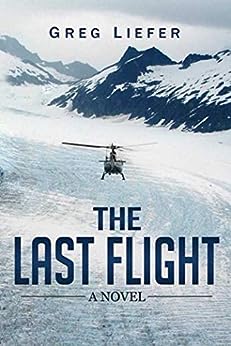 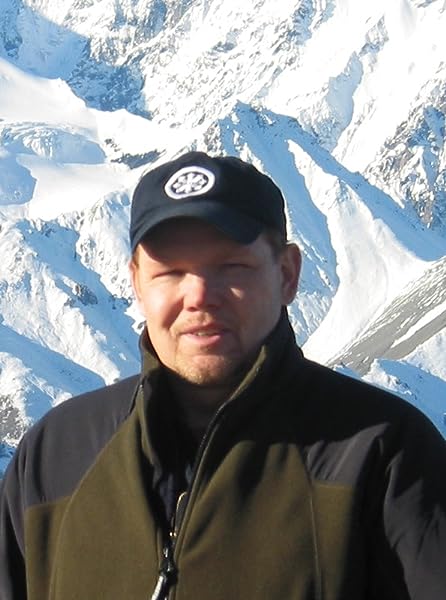 “An uplifting—if painful—insight into the human condition . . . The Last Flight is one you’ll want to lend to friends and keep on your shelf as a reminder of what a good book has to offer.” –Carl Douglass, author of All in Jest and Last Phoenix

“A compelling and thrilling story of remote rescue and a vivid portrayal of the courage and skill needed to pilot helicopters in extreme conditions. . . . Alaska is pictured so well, I felt the north wind making my teeth chatter while I read.” –Ron Lealos, author of Pashtun and Don't Mean Nuthin' --This text refers to the hardcover edition.

Gregory Liefer was raised in the small community of Wrangell in Southeast Alaska. During his military career, he served as a paratrooper with the 82nd Airborne Division and as a helicopter and instructor pilot at various overseas and stateside locations—including two tours in Alaska. After retiring from the military he remained in Alaska for another thirteen years, working as a civilian helicopter pilot and writing about aviation. He is the author of the nonfiction books, Broken Wings and Aviation Mysteries of the North. Liefer currently resides in Idaho with his wife, Liz, where he continues his writing career. He has one daughter. --This text refers to the hardcover edition.

4.4 out of 5 stars
4.4 out of 5
183 global ratings
How are ratings calculated?
To calculate the overall star rating and percentage breakdown by star, we don’t use a simple average. Instead, our system considers things like how recent a review is and if the reviewer bought the item on Amazon. It also analyses reviews to verify trustworthiness.

Amazon Customer
5.0 out of 5 stars Slow burn
Reviewed in the United Kingdom on 17 June 2019
Verified Purchase
First out I thought I would lose interest with Conner's character but how wrong could I be. Once the flying started I was gripped by all the characters and the situations they were all experiencing. Liefer interwove the scenes of the crash site with what was happening on the ground and subsequently in the air in such a way I found it hard to stop reading and carry on with daily life.
Read more
Report abuse

ElectricGhost
4.0 out of 5 stars Well worth reading
Reviewed in the United Kingdom on 23 October 2016
Verified Purchase
This is a good story with believable characters. It's well told - possibly with the exception that the author sometimes feels a need to tell the reader of every technical detail concerning the flying of helicopters (instead of saying that the helicopter took off, he explains over a number of pages how the whole thing comes together). I expect it's because the author is involved in the aviation industry and has written a few factual books on air accidents etc. - old habits die hard. Overall I enjoyed the book and would recommend it to others.
Read more
One person found this helpful
Report abuse

Bill. Brown
5.0 out of 5 stars Excellent
Reviewed in the United Kingdom on 5 August 2017
Verified Purchase
Excellent read super story very
Enjoyable.
Will look forward to more books from this author as they were well thought out and portrayed good

R H E
5.0 out of 5 stars Good read
Reviewed in the United Kingdom on 7 October 2018
Verified Purchase
It keeps you guesing then comes the twist at the end very good read will recommend to all readers thanks
Read more
Report abuse

MR J F CUNNEEN
2.0 out of 5 stars Repetitive
Reviewed in the United Kingdom on 3 November 2016
Verified Purchase
Although the story was interesting their was far much technical detail which was repeated.. I found the attitude towards woman characters condescending ...
The interesting thread of the healer was never developed enough..
Disappointing
Read more
Report abuse
See all reviews
click to open popover
Unlimited FREE fast delivery, video streaming & more
Prime members enjoy unlimited free, fast delivery on eligible items, video streaming, ad-free music, exclusive access to deals & more.
> Get started
Back to top
Get to Know Us
Connect with Us
Make Money with Us
Let Us Help You
EnglishChoose a language for shopping.
© 1996-2020, Amazon.com, Inc. or its affiliates