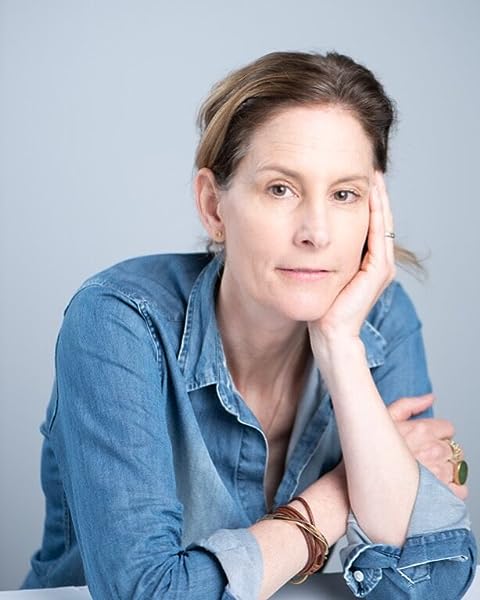 Keep the item in its original condition and packaging along with MRP tag and accessories for a successful pickup.
Read full replacement policy
Read full returns policy
Amazon Delivered
Amazon directly manages delivery for this product. Order delivery tracking to your doorstep is available.

A NEW YORK TIMES EDITOR’S PICK • A TODAY SUMMER READING LIST PICKThis beautiful portrait of a family in a fishing village in Maine is "a fresh look at marriage, motherhood, and the wondrous inner lives of teenagers. A truly beautiful and unforgettable love story of a family on the brink” (Lily King, author of Writers & Lovers). From the critically acclaimed author of Elsey Comes Home—an O. Magazine, Marie Claire, PopSugar, and Southern Living must-read.“I loved Landslide. You are right there with them in a fishing village in Maine, feeling the wind, the sea, the danger. Smart, honest, and funny, this is a story you won't forget.”—Judy BlumeAfter a fishing accident leaves her husband hospitalized across the border in Canada, Jill is left to look after her teenage boys--"the wolves"--alone. Nothing comes easy in their remote corner of Maine: money is tight; her son Sam is getting into more trouble by the day; her eldest, Charlie, is preoccupied with a new girlfriend; and Jill begins to suspect her marriage isn't as stable as she once believed. As one disaster gives way to the next, she begins to think that it's not enough to be a caring wife and mother anymore--not enough to show up when needed, to nudge her boys in the right direction, to believe everything will be okay. But how to protect this life she loves, this household, this family? With remarkable poise and startling beauty, Landslide ushers us into a modern household where, for a family at odds, Instagram posts, sex-positivity talks, and old fishing tales mingle to become a kind of love language. It is a beautiful portrait of a family, as compelling as it is moving, and raises the question of how to remain devoted when the eye of the storm closes in.
Read more
Previous page
Next page

SUSAN CONLEY grew up in Maine. She is the author of four previous books including Elsey Come Home. Her writing has appeared in The New York Times Magazine, The Paris Review, Virginia Quarterly Review, Harvard Review, New England Review, and Ploughshares. She has received multiple fellowships from the MacDowell Colony, as well as from the Bread Loaf Writers' Conference, the Maine Arts Commission, and the Massachusetts Arts Council. She has won the Maine Literary Award and the Maine Award for Publishing Excellence. She is a founder of the Telling Room, a youth creative writing center in Portland, Maine, where she lives and teaches on the faculty of the Stonecoast Writing Program.

Susan is the author of five critically acclaimed books, including her recent novel Landslide. Her previous novel, Elsey Come Home, was a Most Anticipated/Best Book at Oprah Magazine, Marie Claire, Amazon, Pop Sugar, Huffington Post, Southern Living, Fodors, and others. Her writing has appeared in The New York Times Magazine, The Paris Review, The Virginia Quarterly Review, The Harvard Review, and others. She’s been awarded multiple fellowships from the MacDowell Colony, as well as fellowships from the Bread Loaf Writers' Conference, The Maine Arts Commission, and the Massachusetts Arts Council. She's won the Maine Book Award and the Maine Award for Publishing Excellence and has been a featured Tedx Speaker, where her talk the "Power of Story," has been viewed widely. She’s taught at many colleges and arts residencies including Emerson College, Colby College, The University of Massachusetts, as the Jack Kerouac Visiting Fellow, The Haystack School, The Spannochia Foundation, La Napoule Foundation, and The Beijing Hutong. She’s on the faculty of the Stonecoast MFA Program and is co-founder of the Telling Room, a writing center in Portland, Maine.

3.8 out of 5 stars
3.8 out of 5
431 global ratings
How are ratings calculated?
To calculate the overall star rating and percentage breakdown by star, we don’t use a simple average. Instead, our system considers things like how recent a review is and if the reviewer bought the item on Amazon. It also analyses reviews to verify trustworthiness.

Anna Dibble
5.0 out of 5 stars Read this book!
Reviewed in the United States 🇺🇸 on 15 March 2021
Verified Purchase
Landslide is a wonderful novel that gives readers an 'inside' local view of the current lives of coastal Maine fisher-people. The Gulf of Maine is a body of water that has warmed faster than 99.9 percent of all the earth's oceans. The changes in biodiversity due to the warming and other forms of human impact have changed the fishing industry in a serious way. This subject is well addressed in Susan Conley's story that focusses on Jill, a fisherman's filmmaker wife, Kit, the fisherman, and their two teenage sons, Sam and Charlie.
The book is about the difficulties of being married to a man who is more often off at sea than at home. the particular challenges of parenting teenage boys, and the traumatic upshots that come from keeping secrets, burying emotions. Especially prevalent, perhaps, in people who come from generations lived in Maine, in Northern New England.
The story takes place in a time of great change for fishing communities, as state and federal environmental regulations create new challenges. It’s also a crossroads-time for a family, after Kit’s boat explodes, and he lands in the hospital, seriously injured. This change, added to Sam’s growing problems forces Jill to face the realities of her marriage, and her role as a mother. By the end of the book the family is clearly on the road to healing. A satisfactory ending.
Yet, the reader is also left with hope for a sequel - unanswered questions about this intriguing and engaging family.
Read more
9 people found this helpful
Report abuse

AC Senko
5.0 out of 5 stars Motherhood, Selfhood, Life
Reviewed in the United States 🇺🇸 on 18 February 2021
Verified Purchase
Delving deep with strong emotion into the most precious components of life, Landslide will sweep you up like a northeast gale. Conley brings us right into the heart of a woman living on an island in Maine questioning her marriage while solo parenting teenage boys who are discovering themselves while separating from their mother. With parallel looks at changing economic landscapes and the impact of chronic stress, I finished the book feeling inspired as a mother. Stay the course.
Read more

5.0 out of 5 stars Motherhood, Selfhood, Life
Reviewed in the United States 🇺🇸 on 18 February 2021
Delving deep with strong emotion into the most precious components of life, Landslide will sweep you up like a northeast gale. Conley brings us right into the heart of a woman living on an island in Maine questioning her marriage while solo parenting teenage boys who are discovering themselves while separating from their mother. With parallel looks at changing economic landscapes and the impact of chronic stress, I finished the book feeling inspired as a mother. Stay the course.
Images in this review

Gregg R. Frame
5.0 out of 5 stars Fabulous
Reviewed in the United States 🇺🇸 on 21 February 2021
Verified Purchase
Susan Conley hits it out of the park with Landslide. She captures the rugged beauty of the Maine coast and the rugged beauty of the layered relationships (familial and otherwise) that exist on the Maine coast. I love her writing, and this is by far her best novel yet. If you’re a parent, a child, a Mainer, or just an avid reader, you can’t go wrong.
Read more
8 people found this helpful
Report abuse

Mary C. Wood
5.0 out of 5 stars Maine, teenage boys, brilliant dialogue
Reviewed in the United States 🇺🇸 on 15 April 2021
Verified Purchase
This is the fourth book I've read by Susan Conley. They're all wonderful, but this one is a masterpiece. I have never experienced any depiction of teenagers so incisive, so authentic, and so perfectly in tune with the confounding, beautiful world of adolescence. Her Maine coast settings are fog-bound, chilled to the bone, and mystical. Her dialogue is superb, her characters unforgettable. This is life in all its disheveled, error-laden glory. Put this book on your shelf.
Read more
5 people found this helpful
Report abuse

jes
1.0 out of 5 stars Don't bother or believe the hype on this one
Reviewed in the United States 🇺🇸 on 23 March 2021
Verified Purchase
I plowed through it, like the chore it was.Flat writing,and the kids were annoying af, the mother doubly so.Big waste of money and time
Read more
8 people found this helpful
Report abuse
See all reviews