<![endif]--> Skip to main content
Kathputli and over 2 million other books are available for Amazon Kindle . Learn more
Share <Embed>
Have one to sell?
Sell on Amazon 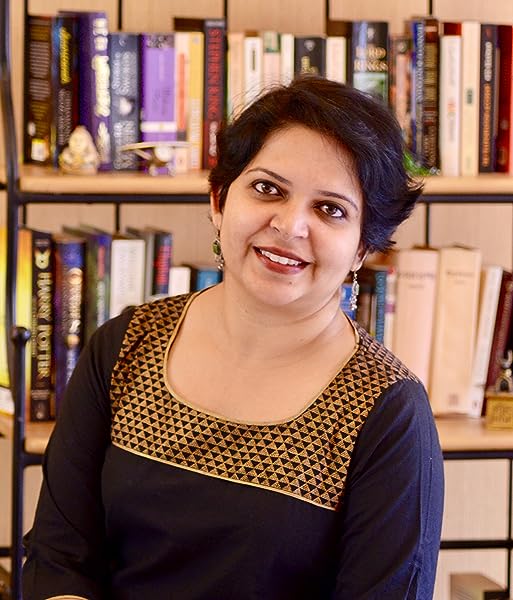 Start reading Kathputli on your Kindle in under a minute.

4.5 out of 5 stars
4.5 out of 5
46 customer ratings
How does Amazon calculate star ratings?
Amazon calculates a product's star ratings based on a machine learned model instead of a raw data average. The model takes into account factors including the age of a rating, whether the ratings are from verified purchasers and factors that establish reviewer trustworthiness.

Anushree
4.0 out of 5 stars strong female characters with their own shades of black and white – Ushasi has penned a Bengali saga that spans various topics like motherhood, depression/anxiety
Reviewed in India on 27 October 2017
Verified Purchase
It takes a special talent to narrate complex family dynamics and complicated truths in simple, lucid prose that doesn’t drudge even once.

2 countries, 4 cities, a huge family, hidden secrets, strong female characters with their own shades of black and white – Ushasi has penned a Bengali saga that spans various topics like motherhood, depression/anxiety, child marriage, peer/parental pressure, sibling rivalry, domestic violence and glaring patriarchy, touching ever so slightly the pre and post-independence India and the freedom struggle. It looks at three different generations (years ranging from 1938 to 2007) through a coming of age lens. Like another reviewer wrote, it is tough to maintain this style throughout and yet not making it a difficult deal for the reader. I am amazed that this is author’s debut.

When Chitrangda Chatterjee (also called Kuhu) realizes that her life is going nowhere owing to a dull job, she decides to take up her long lost passion of writing. In search of a story and in order to come out of her depression (in a family where mental illness of any kind is considered a terrible malaise and is looked down upon), she decides to visit her hometown Kolkata where she expresses her yearning to her Thamma (grandmother). Her Thamma, who thinks she doesn’t have an interesting enough story to tell Kuhu, commands her to represent their side of the family in a grandiose family function in her native town Ajoypur. Here Kuhu meets her extended family, which is to her annoyance quite a huge and not a very pleasant one, and just as she starts questioning her decision of abiding by her Thamma’s command, a dark family secret about her family starts unraveling in front of her. While exploring this family which otherwise looks so normal, Kuhu won’t remain the same anymore.

The book goes back and forth in its narrative and assumes an almost epistolary format by the climax. While a major portion of the book are accounts of the tenacious Mukherjee women, the book also tells a story through a rough draft of Kuhu’s novel, apart from the epistolary. The story discusses the concept of ‘truth’ chronicling the fact that one’s truth is at the end simply one’s perception. So is there even an absolute truth? It also discusses motherhood in an alluring light. I think it’s a necessary realization what with societal pressures on a woman to become a mother. “Everybody isn’t born to be a parent, you know? It should be a carefully considered choice, not a bodily function that every human is expected to perform.”

I felt the need of some more character development. A demure Mala becomes an independent, self-sufficient woman – while I loved this happening, I would have loved more portrayal of its process. (Perhaps it would have diluted the actual story. I am not sure.) This is perchance the only reason why it left me asking for more.

The book is filled with delightful descriptions of Bangla cuisine. There were times I felt the aroma of Macher Jhol, luchi, aloor dum, wafting through the windows making me hungry. What I found extremely commendable is the fact that Ushasi has not once digressed into unnecessary details and this only goes on to show her incredible prowess as a focused story teller.

I would appeal to everyone who has ever asked on this forum about Indian authors who write strong female characters to go read Ushasi’s book. It is a stimulating read worth an investment of your mind.

Ro Malur
4.0 out of 5 stars An excellent examination of multi -generational distance and forgiveness
Reviewed in India on 19 September 2017
Verified Purchase
I bought Kathputli on the recommendation of a friend - she said it was the best book she'd read all year. While I won't go that far, Kathputli is a solid, engrossing and thought provoking read, well worth the time.

Chitrangda is a creative young woman feeling ennui and depression in her corporate career. She quits with the intention of writing a book - any book, about anything. She spends her time talking to her reluctant grandmother, unearthing a tragedy in the family set around the time of the Indian struggle for independence. Chitrangda's search for the truth of this story shows her paying attention to her family in ways she had not before, bring her to more unanswerable questions.

Chitrangda is spoiled. I am an entitled millennial myself and I she reflects parts of me that I would rather not see the light of day. This makes it harder for me to want her to succeed as she wanders around judging her older family members and disrespecting lives that she would have had to live herself if she weren't lucky enough to born in these times.

Chitrangda's self-centred prying is also slow-paced and somewhat aimless. It's hard to tell why she should know what she wants to know - even though her grandmother's story is actually incredibly interesting and plays out in an realistic and fascinating way.

In fact, what I want from this book is less Chitrangda and more everyone else. Her grandmother Latha gets shortchanged in the narrative between her and her sister Mala.

I've spent a lot of time talking about the glass of the book because Latha and Macabre fantastic characters. How do people, how does family, navigate the bonds of betrayal, love, jealousy and tenderness? How do you forgive each other, heal each other? What lives did our grandmothers live within the constraints we imagine render them boring and lifeless?

Chitrangda learns different lessons than she expected from her investigations, and I admired the direction that Basu ultimately takes her in.

Ushasi Sen Basu uses workmanlike prose to create mood and atmosphere. She doesn't hammer in points with a hammer, allowing her readers to read between the lines and draw their own conclusions and form their own judgements. I definitely recommend this to other people, and will look out for her next book.

P.s. Full disclosure, I have spoken to the author once or twice. We've not ever met in person but I reached out to tell her I liked her book. She seems pretty nice!
Read more
2 people found this helpful
Helpful
Comment Report abuse
See all reviews from India

Subhasree D.
5.0 out of 5 stars The journey and the challenges of a woman through different generations.
Reviewed in the United Kingdom on 12 April 2020
Verified Purchase
Picked this book up during the Easter Break. Having lost my reading habit, I had been struggling to read a book for a while. And this book.... I just couldn’t put it down.

The time jumps between past and present have been very beautiful portrayed through the characters.

Ushahi Sen Basu has taken me in a journey with characters and it felt just like one of the stories could remember my grand parents would tell me. The story and the characters felt so real and so alive. The story tells a tale about challenges a woman faces in two different eras.
Read more
Helpful
Sending feedback...
Thank you for your feedback.
Sorry, we failed to record your vote. Please try again
Report abuse

Amazon Customer
3.0 out of 5 stars Interesting family drama
Reviewed in the United States on 14 June 2019
Verified Purchase
The story flowed freely, it is well written, and it held my interest till the very end. The language was easy, and the plot quite interesting. The reason I did not give it five stars is because I couldn’t identify or align with the emotions experienced by the main characters, and found them selfish and unsympathetic and inconsistent. This was particularly enhanced towards the latter part of the book.
Read more
Helpful
Sending feedback...
Thank you for your feedback.
Sorry, we failed to record your vote. Please try again
Report abuse

Nash
5.0 out of 5 stars Read this book if you love a good story
Reviewed in the United States on 15 July 2018
Verified Purchase
Such a well-written book with a captivating storyline! I got this on my Kindle and finished it in one sitting. There were so many emotions going through me as I flipped (or tapped) through the pages. Mala's story still haunts me to this day... wondering how differently things could have turned out if it weren't for that wretched prank her sisters played on her. The ending is not something I expected but it made me love the book even more. Great job, Ushasi!

Seriously, read this book if you want to hear a good story!
Read more
Helpful
Sending feedback...
Thank you for your feedback.
Sorry, we failed to record your vote. Please try again
Report abuse

Anonymous
5.0 out of 5 stars A very riveting read
Reviewed in the United States on 13 December 2016
Verified Purchase
A fast-paced story across two time periods which flows very well. A real page-turner.
Read more
Helpful
Sending feedback...
Thank you for your feedback.
Sorry, we failed to record your vote. Please try again
Report abuse

Amazon User
5.0 out of 5 stars Fantastic!
Reviewed in the United States on 2 November 2018
Verified Purchase
Refreshingly different and riveting! The characters were layered and complex. The plot was presented in an engaging manner, making the reader feel like they were surrounded by all those people, in those places, rather than being just a reader. I enjoyed the language and writing style as well.
Read more
Helpful
Sending feedback...
Thank you for your feedback.
Sorry, we failed to record your vote. Please try again
Report abuse