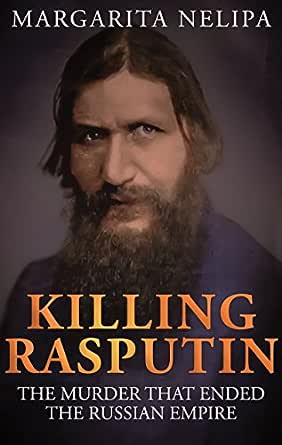 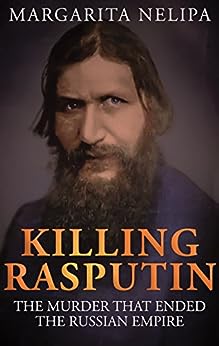 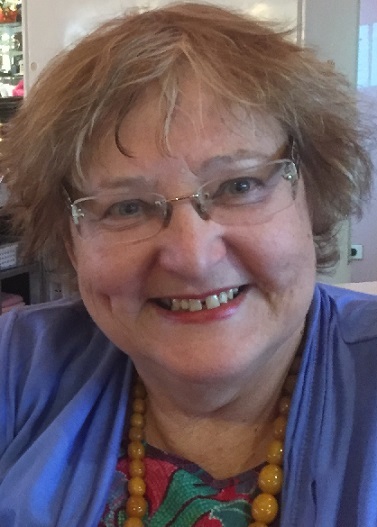 "You can almost hear the whispering conspiracies and intrigues in the court of Nicholas and Alexandra. ... A dramatic history with a touch of true crime."--Steve Jackson, New York Times bestselling author of NO STONE UNTURNED

"You can almost hear the whispering conspiracies and intrigues in the court of Nicholas and Alexandra. ... A dramatic history with a touch of true crime."--Steve Jackson, New York Times bestselling author of NO STONE UNTURNED

At last a book about the so-called “Mad Monk” of Imperial Russia that lays to rest the myths and reveals the truth about one of the most controversial characters in human history while exploring the impact his murder had on a dynasty, a people, and a country.

Written in three parts, KILLING RASPUTIN begins with a biography that describes how a simple unkempt “holy man” from the wilds of Siberia became a friend of Emperor Nicholas II and his empress, Alexandra, at the most crucial moment in Russian history. Part Two examines the infamous murder of Rasputin through the lens of a “cold case” homicide investigation. And lastly, the book considers the connection between a cold-blooded assassination and the revolution that followed; a revolution that led to civil war and the rise of the Soviet Union.

Unique about this book on Rasputin, is that the author combines Russian heritage (her parents were forced out of Russia during World War II and arrived as refugees in Australia in 1948) with medical science and legal training. Nelipa relied on Russian-language sources that she translated rather than depend on the interpretations of others. Her primary sources include police documents and witness testimonies, an autopsy report, diaries, letters and memoirs written in their native language by the participants in these historic events. Secondary sources include Russian-languages newspapers and other publications from that era. The narrative is copiously referenced and augmented with photographs (including graphic forensic photographs) and other documents, some of them published here for the first time.

Step into the imperial court of a 300-year-old dynasty in its final days with one of the most fascinating characters ever to grab our imaginations, judge whether Margarita Nelipa makes her case regarding his death, and if you agree that it was “the murder that ended the Russian empire.”

So many myths, inaccuracies, and "folk legends" about Grigori Efimovich Rasputin are debunked with primary sources---mostly in Russian and many of them translated by the author and presented to Western readers for the first time.

Countless times, I was impressed by Nelipa's uncovering of heretofore unpublished facts that permanently change the truth of what we know of the life, times, and death of Rasputin.

For instance, I didn't know that Imperator Nikolai II's forced abdication was illegal!

Or that the autopsy results on Rasputin's corpse put an end, once and for all, to distortions of reality that have been popularized by both his enemies and earlier biographers.

Mostly on my own, over the last 45 years I have read everything in English that I could get my hands on regarding the Romanovs.

So I had no difficulty keeping track of who's who in this biography, especially the extended Imperial family themselves.

Readers without such familiarity may have a more difficult going of it. The author is not to be blamed for that.

Having taught on the master's and doctoral level for 29 years, but in another discipline, I cannot help but admire Nelipa's book---it's not a novel or a salacious false history---as an exceptional academic work of international caliber.

Timothy &quot;Timdalf&quot; Fisher
4.0 out of 5 stars A very important book but stylistically flawed
2 December 2018 - Published on Amazon.com
Verified Purchase
This is one of the most important books on a watershed case that helped ensure the fall of Tsarism for its enemies. The immense amount of meticulous research in this book should change the historical record and appraisal of Rasputin, and the role his murder played in perhaps the most important event of the 20th c. No one can write about Rasputin, his murder, or the fall of the Romanov dynasty without taking this book seriously, very seriously. However, the credibility of the author's excellent research work is grievously undermined by a Russification of the English language. The choice of diction too often reads like a machine Google translation. Half a dozen corrections are needed on every page. No language can be rendered word for word. The repeated use of Russian style names, for example (Nikolai rather than the standard Nicholas), faulty sentence structure and vaguely abstract sentences cloud the clarity of thought. The index is pathetic: a thorough list of names but most without a single page reference! This is obviously a vanity press without the editorial resources or backbone to help the author put her brilliant work into readable English and conform to standard English scholarly standards of publication. This book is too important to leave in this amateur stylistic state. The Russian practice of consecutively numbering citations from first page to last, rather than the standard English practice of numbering them chapter by chapter is regrettable. The author seems to think what are explanatory footnotes that belong at the bottom of the page are properly placed in the body of the text within square brackets. All of this renders the credibility of book into the area of amateur polemcisim not scholarly research. And to do this to so important a groundbreaking work is itself a crime. The West is full of biased and uninformed, hostile distortions of Russian history and culture. And this significant book is a major contribution to counteracting that, but the amateurism of the presentation gets in the way. Most regrettable. It deserves a competent editor, or perhaps even a ghost writer similar to the "Killing" books of Bill O'Reilly. Being a diligent and expert researcher does not necessarily include the gifts of a good writer of English prose. That is the only reason I could not give it the 5 stars it deserves.
Read more
6 people found this helpful

Graham
5.0 out of 5 stars Fascinating cold case analysis of an historical murder
18 June 2017 - Published on Amazon.com
Verified Purchase
As someone who bought and thoroughly enjoyed the author’s previous work on Rasputin, I thought I would buy the updated version on kindle to see what has changed. But the story is so engaging, I found myself reading it in its entirety.

It is an amazing work, which manages to reconstruct from original material (remarkable that it has survived let alone brought to us now in sometimes gruesome detail) the murder of Rasputin – the early attempts on his life, the conspirators and their plot, and the police investigation that uncovered the facts. This I found the most compelling sections of the book – in particular the careful way in which Nelipa presents the original evidence, and then lays out what seem to be eminently reasonable suppositions based on that evidence.

The book also contains a vivid picture of a dissolute aristocracy that was behind the plot and that also sought to destroy the reign of Nicholas II. The revelation that Nicholas' own close relatives, including his mother, condoned or conspired with the murder and sought to denigrate Alexandra and Nicholas, was particularly shocking.

And as well, there is in effect, woven through the book, a biography of Rasputin that dispels the common myths about his life and character and helps to explain the mystery of how a Siberian peasant became so close to the imperial family and how this access was used by others to attack them. The description of how Rasputin came to be autopsied, buried, dug up and cremated forms an interesting coda to his life’s story.

There are many pictures and documents - the last one, of Nicholas’ daughter Maria's sketch of the Rasputin family home while on the way to what would prove to be their place of execution, is particularly touching. It would be better if the kindle allowed ‘hot linking’ from the text to the document rather than having to manually go to the list of documents at the end, but that is a minor issue.

Read more
10 people found this helpful
Go to Amazon.com to see all 24 reviews 3.7 out of 5 stars
click to open popover
Unlimited FREE fast delivery, video streaming & more
Prime members enjoy unlimited free, fast delivery on eligible items, video streaming, ad-free music, exclusive access to deals & more.
> Get started
Back to top
Get to Know Us
Connect with Us
Make Money with Us
Let Us Help You
EnglishChoose a language for shopping.
© 1996-2020, Amazon.com, Inc. or its affiliates