<![endif]--> Skip to main content
Jasmine Days and over 2 million other books are available for Amazon Kindle . Learn more
Share

Benyamin’s Goat Days won him the Kerala Sahitya Academy Award in 2009 and was shortlisted for the Man Asian Literary Prize and the DSC Prize for South Asian Literature.
Shahnaz Habib has written for the New Yorker and the Guardian and her fiction and essays have been published in the Caravan, Afar and other magazines and collected in anthologies.

Young Radio Jockey Sameera Parvin from Pakistan immigrates to an unnamed city in the Middle East where she tells the story of the Arab Spring of 2011 in Benyamin’s new novel. Sameera thrives in her job and is the darling of her family, but her happy world starts to fall apart when revolution occurs in the country. As the people's agitation gathers strength, she is forced to choose between family and friends, loyalty and love, life and death.

Jasmine Days was first published in Malayalam in 2014 as Mullappoo Niramulla Pakalukal and then translated into English by Shahnaz Habib.

Benyamin was born 1971 in Nhettur, Kerala. He moved to Bahrain in 1992. Until the age of twenty-one, he knew nothing of literature: “Cricket was my world, better living standards were my aim.” When he reached The Gulf, he felt a loneliness that triggered reading and eventually led to writing: “I began with letters to friends. They accepted my words.” Today he is an author of over twenty books. Aadujeevitham or Goat Days is his most successful novel and has won him the Kerala Sahitya Akademi Award. He returned from the Middle East to his native state of Kerala in 2013, two years after the Arab revolution ended. A former electrical engineer and now a full-time writer, he lives alone and cooks for himself daily: “I feel, and my friends certify, that I have a talent in it too."

Shahnaz Habib teaches writing at The New School and Bay Path University and consults for the United Nations. Born and raised in Kerala, she now lives in New York. When she had just started working on Jasmine Days in Kerala, it attracted much attention. “What is it like to translate Benyamin?” she was often asked. “As a first-time translator, I found this auspicious and intimidating in equal measure,” was her response.

Start reading Jasmine Days on your Kindle in under a minute. 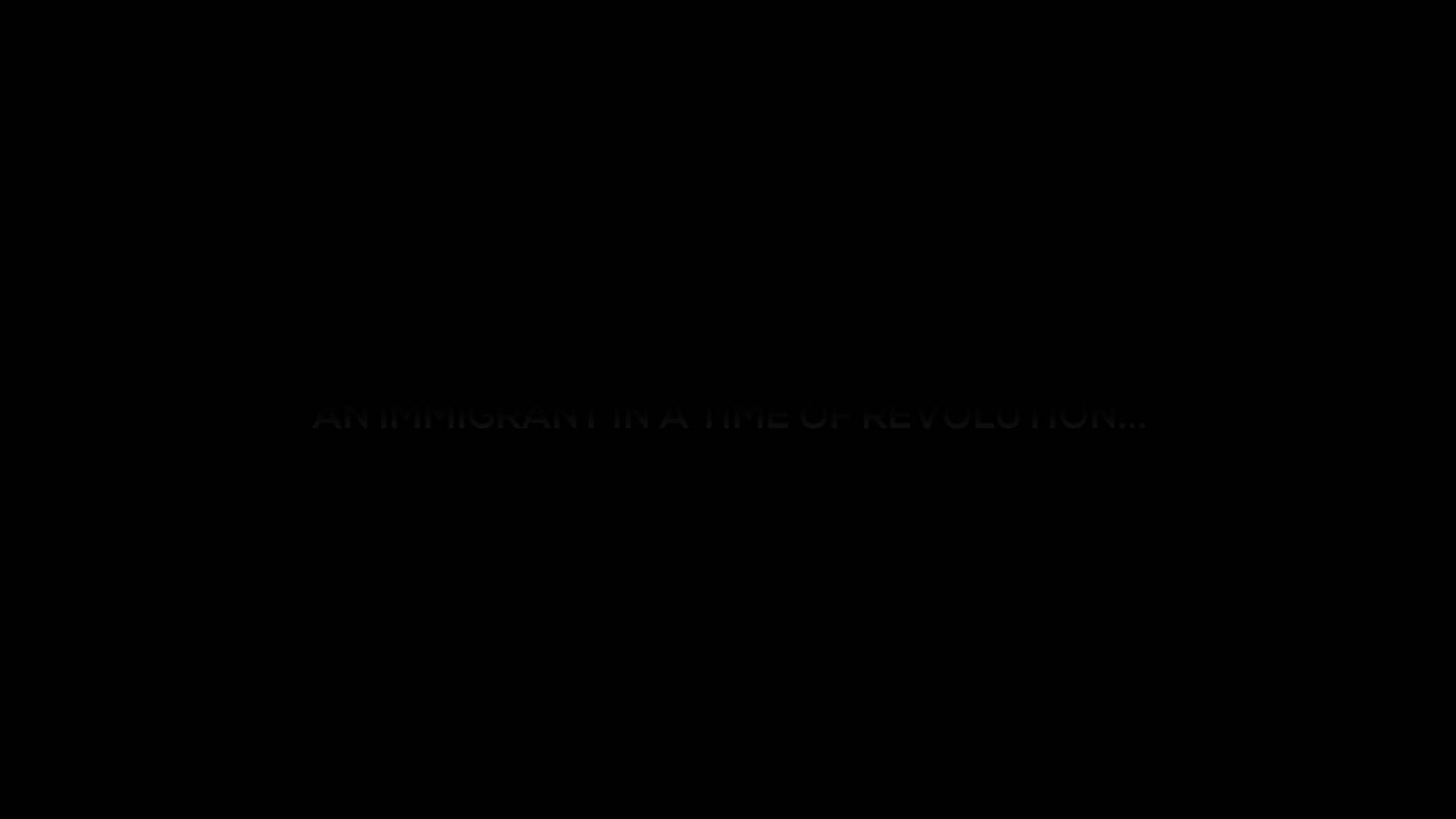 Malvika
5.0 out of 5 stars A must read
27 September 2018
Format: HardcoverVerified Purchase
In the most trying moments of your life, do only that you know to be absolutely right. Thousands of people will approach you and offer thousands of opinions. Do not be influenced, do not give into temptations. Stand steadfast in truth. You will win
- Old BookWorm (Jasmine Days)

After reading the book halfway, I googled about the Jasmine Revolution and I got to know it started with the self-immolation of a street vendor in Tunisia, spread to Egypt, Libya and Morocco. In Jasmine Days, the protagonist RJ Sameera Parveen an immigrant for Pakistan tell us this had arrived in some city in Middle East too.. In the beginning Sameera tells about her life as RJ, her hardships and her love for her job. Then suddenly, all of them come face to face to a Revolution in a country that is not their own. The book highlights the differences between the Sunnis and Shias, it tells about the downgrade of rule of Saddam Hussain.. The revolution takes place to bring down the then Unnamed Ruler “His Majesty” and make the country democratic! It describes so well of the events of gunshots, the ruthless beatings, people dying and the whole atmosphere filled with fear and terror !
Sameera being the lover of music finds out about a small band from his colleague Ali and goes with him.. in all the chaos she finds some solace in the music.. I just loved the way Sameera always took her stand come what may even in the naivest of situations, she was confident ! Also I like how every character has a story from their tradition to add to the narrative !

Rajni Rethesh
4.0 out of 5 stars Simple and gripping read
5 February 2019
Format: HardcoverVerified Purchase
Jasmine days is the story of a Pakistani immigrant, Sameera Parveen, who works as a RJ in some city in the Middle East. The place or the country is not named in the book and the author just calls it the City. The story is set in the backdrop of Arab Spring that had spread across the Middle East in the late 2010. In the story, a conflict arises between the ruling monarchy and the Shia community. The Shia comunity is treated as second citizens of the country and restricted from using many of the rights that even expatriates enjoyed. Sameera is a Sunni Muslim and ignorant about the issues of Shia Muslims until she befriends Ali, who is a Shia, at her workplace. Sameera thrives in her job and is the darling of her family, but her happy world starts to fall apart when revolution occurs in the country. As the people's agitation gathers strength, she is forced to choose between family and friends, loyalty and love, life and death.

Benyamin, the author of the book, artfully makes the reader believe that it is a true story. He makes it look as if he has translated it into Malayalam from Arabic. However, you can consider it as the author's sleight of hand.
The title of the novel is probably inspired after Tunisia's national flower, Jasmine, where the Arab Spring Revolution had actually started. Arab Spring was also called as Jasmine Revolution.

The book won @thejcbprize JCB literature prize in 2018 and is definitely well deserved for its simple narrative and gripping storyline.

sree nisha
5.0 out of 5 stars Sreenisha
15 August 2019
Format: HardcoverVerified Purchase
Simply outstanding.. I gotten a lot of new information and experience in this book.sometimes I felt the author understand the reader mind voice quiet well. The plot is so natural way and project everyone point of view .not only author but also credit goes to translator too. Such a wonderful translation everyone can easy to understand and never get bored.. Lot of reality..i also learnt lesson from this book"dont judge anything what u seen on screen there is always hidden secret behind screen"...i will choose this book without any hesitation I'll guarantee u ...
Read more
One person found this helpful
Helpful
Comment Report abuse

Trishita Das
4.0 out of 5 stars Religious conflicts unfold terror and destruction
6 March 2019
Format: HardcoverVerified Purchase
I bought this book because it won the JCB Prize and wanted to give it a try to know what it has in store. It really deserves the prize.

It tells you the story of a radio jockey ,an ardent music lover living in a middle eastern city. When the revolution breaks out in the city which forces the immigrants to leave the city and unfolds destruction, death, blood shed.The lives of the people become utterly miserable.

This book is a must read to know at what extent religious divisions and conflicts can stretch its poisonous arms to shatter the lives of poor, innocent and vaguely religiously educated people.
Read more
One person found this helpful
Helpful
Comment Report abuse

Sneha Pathak
4.0 out of 5 stars Worthy read
6 January 2019
Format: HardcoverVerified Purchase
A wonderful read. The translation is equally well done and it never feels that one is reading a book not originally written in English. Easy language and great narrative flair thst makes the novel move smoothly. Loved it. Worth the JCB prize it won.
Read more
One person found this helpful
Helpful
Comment Report abuse

Amazon Customer
3.0 out of 5 stars an archive of voices
31 May 2019
Format: HardcoverVerified Purchase
Jasmine Days will tell you things few others will of some of the overlooked regions, incidents, and dimensions of the Arab spring. However, the prose s stagnant on a few occasions, the voice is irritating for its sentimentality in bits. But overall it's a nice and important read.
Read more
One person found this helpful
Helpful
Comment Report abuse

sanjay biswal
4.0 out of 5 stars Good one
2 November 2018
Format: HardcoverVerified Purchase
Very good book. First I read Goat days of the same author which was excellent. In comparison to that this pales a bit, but very very good and relevant nevertheless
Read more
One person found this helpful
Helpful
Comment Report abuse

Martina Roy
5.0 out of 5 stars Wonderful read!
13 July 2019
Format: HardcoverVerified Purchase
A wonderful and easy read. Jasmine Days is one of the nicest books I’ve read in recent times.
Debut author Benyamin tells the story of a revolution and how it’s impacted lives of people, with ease. This book will definitely leave an impact on you and will keep you thinking
Read more
One person found this helpful
Helpful
Comment Report abuse
There are 40 customer reviews and 50 customer ratings.
See all 40 customer reviews
Write a product review
Unlimited FREE fast delivery, video streaming & more
Prime members enjoy unlimited free, fast delivery on eligible items, video streaming, ad-free music, exclusive access to deals & more.
> Get started
Back to top
Get to Know Us
Connect with Us
Make Money with Us
Let Us Help You
EnglishChoose a language for shopping.
© 1996-2020, Amazon.com, Inc. or its affiliates