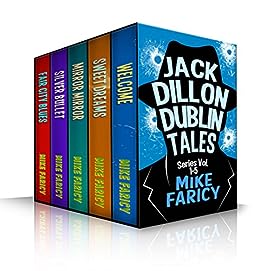 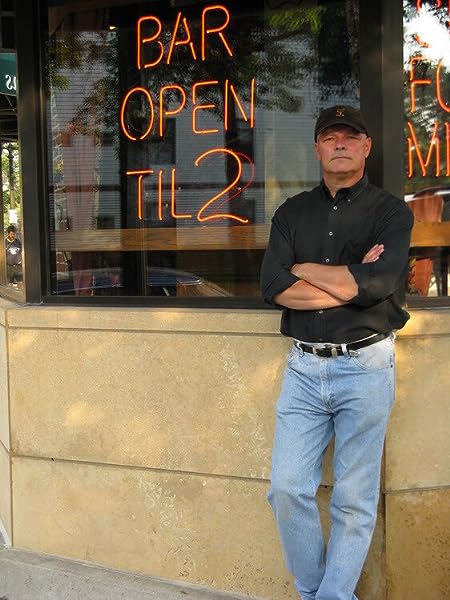 Welcome, Sweet Dreams, Mirror Mirror, Silver Bullet, and Fair City Blues.“Witty, clever and riveting. US Marshall Jack Dillon is sent to Dublin where the door on his career is about to be slammed shut, better hang on for a wild ride…” - Criminal BehaviorHave you met Jack Dillon?He's a US Marshal who ends up on ‘special assignment’ in Dublin. The Irish Mob, the Russian Mob, corruption, bodies, murders, vendettas, a target on his back . . . it’s a busy time!Jack Dillon Dublin Tales, you're about to be throughly entertained.Get your box set NOW with just one click!"Faricy is America's hottest new mystery writer." - The Dirty Lowdown"Even now I can't believe the way this guy can weave a tale. Just when things were about to get too grim there's a laugh out loud scene that kept me turning the pages. Run! Don't walk, to pick up your copy." - The Irish GazetteRead for FREE on KU.

What Amazon readers are saying:

***** “No Spoilers, just read the book! This is going to be a good ride.”
***** “Plot is compelling, characters well fleshed out and believable. The author's writing style flows well. I will be looking forward to the rest of this series.”
***** “A very good book. Loved Jack Dillon and can't wait to read more of his adventures in Dublin.”
***** “This is a great read in this series.”
***** “Love,Love,Love..A fabulous series...Was taken in after just a few pages...can't wait to find out more about Jack Dillon!!!”
***** “Full of surprises. Can't wait to read the next….”
***** “An easy read, funny, action, romance it's got everything you need to keep you interested.”
***** “Has good character set up. It has nice pacing with believable plot. I enjoyed Dublin as the story locale.”
***** “Jack is an enjoyable character to follow through his adventures. And Dublin a less common site for American detective novels gives it a nice change from the usual US locations.”
***** “This book is fast paced, witty, and keeps you wondering what else could go wrong. I enjoyed this book very much and can not wait for the next one.”

His books have held the #1 slot in the Kindle Store in the US, UK, Australia, Canada, and India.

Mike Faricy was listed as the IACM Author of the Month for April 2018.

His Dev Haskell tale, The Office, was a finalist for the 2018 Minnesota Book Awards and the 2018 Killer Nashville Silver Falchion Award.

He was awarded the Crime Masters of America Poison Cup Award in January of 2019.

Robert Carraher referred to him as Minnesota's Master of the Bizarre.

Crime Scene referred to him as the next Carl Hiaasen.

Crime Capers said; "Open at your own risk, you won't put him down."

UnderCover wrote; "This guy is nuts and one hell of a lot of fun.”

The Irish Gazette referred to; "The laugh a minute storylines of Faricy's deliciously engaging worlds."

Mike’s Dev Haskell series books are stand-alone, they can be read in any order. His Corridor Man series was initially written under the pseudonym Nick James and should be read in order. His Jack Dillon Dublin Tales series was originally written under the pseudonym, Patrick Emmett. His Hotshot series are standalone tales that can be read in any order. Faricy's novels are filled with the sort of oddballs we're all curious about, but wisely prefer to keep at a distance. His characters serve not so much as an example as they do a warning. None of them will be saving the world from terrorism, international banking conspiracies or coups to take over the government. Rather, Faricy's characters inhabit a world just below the surface of polite society. The circumstances they find themselves in are usually due to their own bad decisions, but then bad decisions make for interesting stories.

Faricy's Jack Dillon Dublin Tales series was originally released under the pen name Patrick Emmett. US Marshal Jack Dillon is sent to Dublin to escort a prisoner back to the US. Things don't go exactly as planned and trouble ensues. Dillon becomes permanently stationed in Dublin, just to get him out of his boss's hair. Things take an entertaining turn from there, think of a cross between Dev Haskell and James Bond.

Originally from Saint Paul, Minnesota, Faricy still spends six months of the year in the saintly city as well as six months in Dublin, Ireland. Contact information for Mike is listed just after this shameless list of titles. Thanks for taking the time and be sure to tell 2-300 of your closest friends.

The Hotshot series (Read in any order)

What Happens in Vegas: Case 15

The Dance (A Dev Haskell novella)

Hotshot series: (Read in any order).

You're Mine Valentine! Jack Dillon novella

4.3 out of 5 stars
4.3 out of 5
444 global ratings
How are ratings calculated?
To calculate the overall star rating and percentage breakdown by star, we don’t use a simple average. Instead, our system considers things like how recent a review is and if the reviewer bought the item on Amazon. It also analyses reviews to verify trustworthiness.

There are 0 reviews and 2 ratings from India

angela todd
5.0 out of 5 stars Loved it
Reviewed in the United Kingdom 🇬🇧 on 6 July 2021
Verified Purchase
Couldn't put it down once I started reading kept me enthralled from start to finish looking forward to seeing more
Read more
One person found this helpful
Report abuse