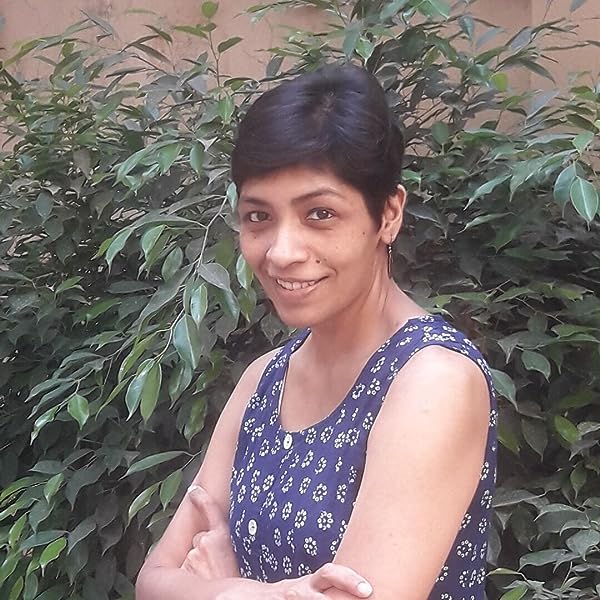 by Lavanya Karthik (Author)
3.7 out of 5 stars 22 ratings
Part of: Hook Books (13 books)
See all formats and editions
Sorry, there was a problem loading this page. Try again.

No Cost EMI: Avail No Cost EMI on select cards for orders above ₹3000 Details
Bank Offer (3): 7.5% Instant Discount up to INR 1500 on IndusInd Credit Card EMI Trxn. Minimum purchase value INR 12000 See All
Partner Offers: Get GST invoice and save up to 28% on business purchases. Sign up for free Details
See 1 more
Free Delivery
Pay on Delivery
10 days Replacement
Amazon Delivered
Free Delivery
The product is eligible for Free delivery on your first order in this category. Learn more
What is Pay on Delivery (Cash/Card)?
Pay on Delivery (Cash/Card) payment method includes Cash on Delivery (COD) as well as Debit card / Credit card / Net banking payments at your doorstep.

Miss gave us some homework: collect an egg, keep it warm, keep it safe and watch it hatch. How could it turn out so badly?Homework is a part of the Hook Books series. These books are for very young readers, aged five and above. The books work well for reading out loud to kids or for young readers just starting to read by themselves. Written by some of the best-known writers for children, and illustrated in exuberant colour by some of India's most-loved illustrators, these stories are set largely in non-urban settings. Hawaldar Hook is the endearing mascot of the Hook Books. Each book includes short and fun language exercises at the end.
Read more
Previous page
Next page

Total price:
To see our price, add these items to your cart.
Choose items to buy together.

As a child, Lavanya Karthik spent all her time writing stories in her school notebooks and drawing the pictures to go with them. She is now a slightly older child, still making up stories and drawing pictures. You can find her wandering about the bylanes of Mumbai, nibbling on chocolate, chatting with street dogs and looking for her next book idea. She is the author of several books, including Neel on Wheels, A Walk with Thambi and The Lion's Feast, and is the creator of the Ninja Nani series.

Lavanya Karthik is an award winning author and illustrator of children's books. Since her best selling debut picturebook, The Lion's Feast, she has published nearly twenty books for children. 'The Lion's Feast', as well as the popular 'Neel on Wheels' have been on the shortlist for the Hindu Young World-Goodbooks Award and the Neev Book Awards, while 'Ninja Nani and the Mad Mummy Mixup' won a Peekabook Children's Choice Award. Her short stories for children have appeared in several anthologies, while her comics have been serialized in the New Indian Express and the Rundown, India's first magazine for runners.

She lives in Mumbai with her family, where she can usually be found running through its streets at daybreak, or wandering through them, looking for her next story idea. She is currently working on the next books in the Ninja Nani and Dreamers series.

3.7 out of 5 stars
3.7 out of 5
22 global ratings
How are ratings calculated?
To calculate the overall star rating and percentage breakdown by star, we don’t use a simple average. Instead, our system considers things like how recent a review is and if the reviewer bought the item on Amazon. It also analyses reviews to verify trustworthiness.

Ada Fathima
1.0 out of 5 stars Ok
Reviewed in India 🇮🇳 on 29 July 2021
Verified Purchase
Good for small kids, under 5 maybe or those at level 1 reading..those who are being read to by adults who make it sound funny.. my 6.5 yr old said it's ok and hasn't read it again.. it's too simple for kids reading chapter books.
Read more
2 people found this helpful
Helpful
Report abuse
See all reviews