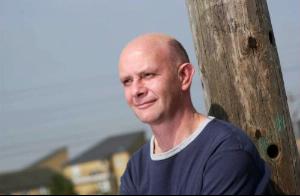 It has been said often enough that baby boomers are a television generation, but the very funny novel High Fidelity reminds that in a way they are the record-album generation as well. This funny novel is obsessed with music; Hornby's narrator is an early-thirtysomething English guy who runs a London record store. He sells albums recorded the old-fashioned way--on vinyl--and is having a tough time making other transitions as well, specifically adulthood. The book is in one sense a love story, both sweet and interesting; most entertaining, though, are the hilarious arguments over arcane matters of pop music.

"As funny, compulsive and contemporary a first novel as you could wish for."—GQ

"One of the top ten books of the year."—Entertainment Weekly

"It is rare that a book so hilarious is also so sharp about sex and manliness, memory and music."—The New Yorker

"Mr. Hornby captures the loneliness and childishness of adult life with such precision and wit that you'll find yourself nodding and smiling. High Fidelity fills you with the same sensation that you get from hearing a debut record album that has more charm and verve and depth than anything you can recall."—The New York Times Book Review

"Hornby's seamless prose and offhand humor make for one hilarious set piece after another, as suffering, self-centered Rob ruminates on women, sex, and Abbey Road. But then he's forced to consider loneliness, fitting-in, death, and failure—and that is what lingers."—Spin

"Keep this book away from your girlfriend—it contains too many of your secrets to let it fall into the wrong hands."—Details

Nick Hornby is the author of seven internationally bestselling novels (Funny Girl, High Fidelity, About a Boy, How to be Good, A Long Way Down, Slam and Juliet, Naked) and several works of  non-fiction including Fever Pitch, Songbook and Ten Years In The Tub. He has written screenplay adaptions of Lynn Barber’s An Education, nominated for an Academy Award, Cheryl Strayed's Wild and Colm Tóibín’s Brooklyn. He lives in London.

Start reading High Fidelity on your Kindle in under a minute.

Amazon Customer
1.0 out of 5 stars Good book, terrible deal
26 January 2017
Format: PaperbackVerified Purchase
The book is great. An absolute classic for me.
However, I would like to point out that the paperback is a pirated print.
And worse, the book is priced at 699 and is being sold at 800+. Higher than the MRP listed.

I'm now a fan of author "Nick Hornby" and have ordered most of his books, can't wait to read his other works :)

blessan
4.0 out of 5 stars Read during break up
20 June 2019
Format: Kindle Edition
I read this book during breakup and it was good for me.I loved the humour and the story it was an excellent piece.Its must read for anyone who is going through heartbreak.
Read more
Helpful
Comment Report abuse

#Kanha
5.0 out of 5 stars Big think...
18 August 2017
Format: Paperback
ferential ending to a post-modern, self-referential book about reading and writing: And you say, “Just a .... I kissed her a few times on the brow. We held each ..
Read more
Helpful
Comment Report abuse
See all 5 customer reviews
Write a product review

Go to Amazon.com to see all 481 reviews 4.0 out of 5 stars
Unlimited FREE fast delivery, video streaming & more
Prime members enjoy unlimited free, fast delivery on eligible items, video streaming, ad-free music, exclusive access to deals & more.
> Get started
Back to top
Get to Know Us
Connect with Us
Make Money with Us
Let Us Help You
EnglishChoose a language for shopping.
© 1996-2020, Amazon.com, Inc. or its affiliates