<![endif]--> Skip to main content
Hell Cat of the Holt (a novella) and over 2 million other books are available for Amazon Kindle . Learn more
Share

Read now on any device with a Kindle Unlimited membership and the free Kindle app.
Read for Free

Add to Cart
₹ 683.00
+ FREE Delivery
Sold by: Atlantic Publishers and Distributors
Have one to sell? Sell on Amazon 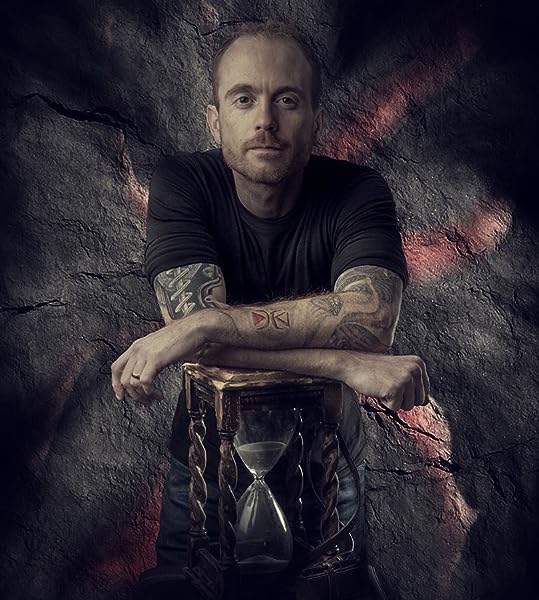 Start reading Hell Cat of the Holt on your Kindle in under a minute.

K. A. Y.
4.0 out of 5 stars A SHADOW FABRIC novella....
1 July 2017 - Published on Amazon.com
Verified Purchase
HELL CAT OF THE HOLT (A Shadow Fabric Mythos novella) is the first book I've read by author Mark Cassell. He has created "The Shadow Fabric Mythos", of which this novella is a part of that "world". The Shadow Fabric is basically an almost physical sign of locations on the Earth where the veil separating our existence from that of the spirit realm are the thinnest, and therefore the easiest, to breach.

We begin with an elderly couple on a drive, swerving to avoid the sudden appearance of a large black cat .. . .

Next we meet Anne, a woman who recently left behind an unhappy marriage to move back in with her grandparents--the ones that had raised her in the small town of Mabley Holt. Although Anne grew up here among the rumors of a large Black Cat that lives in the village, with a population of approximately 100, she hasn't known anyone who has actually seen the beast. That is, except for her grandfather--who told her that he had, just before his heart gave out. Her biggest concern now is that her pet cat and only companion, Murphy, has been missing. While putting up flyers about him, she can't help but notice how many other family pets have gone missing lately . . .

Anne is also not be the only one in this small town who's been suffering from sleep problems as of late.

While she is out searching the woods for her beloved pet, she comes across an enigmatic man named Leo. Leo seems to be an expert on the strange cat sightings and bizarre happenings that people in the village have begun to notice, yet he admits to only having been there for about a year.

Cassell's characterization of Leo is fleshed out especially well, considering his "unexpected" appearance. It didn't take long at all to make the connection that he is "in deep" with anything having to do with this "Shadow Fabric". Although we don't learn the origins of his experience, his character is one that is easy enough to believe and put trust in, immediately.

In this secluded town it is quite easy--almost inevitable--that we are able to quickly picture the events being spoken of. With the low population and vastness of the woods, this is an area readers will be able to imagine just about anything happening in. This town, like many others, has a violent history that lies upon the other side of the Fabric--one which doesn't discourage easily, and is anxious to get back into the world of the living.

The only thing I would have liked better in this novella, is some more information on how Leo became entangled in the Shadow Fabric to begin with. Included at the end is a bonus story that gives some additional information about Leo and his neighbor, Pippa. I found this to explain a great deal, but still not quite enough to satisfy my curiosity about Leo.

Overall, a fast paced supernatural novella that starts right in on the action, and doesn't let up throughout its duration. I am very interested in reading more of this new Mythos that Mark Cassell has created.

Lisa Lee
5.0 out of 5 stars Both haunting and very unsettling
26 July 2017 - Published on Amazon.com
Verified Purchase
Hell Cat of the Holt begins with what could be a separate short story of truly horrific proportions. It is a gruesome and shocking opening. The story continues in first person as Anne becomes drawn into the dark, unimaginable mysteries of the world around her. At times, I found Anne to be uncomfortably realistic, an ordinary person in extraordinary circumstance. I enjoyed the imagery and the pace as well as the characters. The story flowed well with signature dark tension and mystery that Mark Cassell wove in The Shadow Fabric.
Although part of the Shadow Fabric mythos, Hell Cat of the Holt takes a slightly different direction than the original novel as it addresses the lore and mysteries of black cat sightings, ancient stones, and more witchcraft legend. I found much of it to be haunting and completely unsettling as the story continued to build.
This is another great addition to literature by Mark Cassell as well as an excellent piece of the Shadow Fabric.
Read more

Rthienes
5.0 out of 5 stars Peel back the darkness
8 September 2017 - Published on Amazon.com
Verified Purchase
I had never read any of Mark's work before. Oh I've read various authors who touch on Lovecraft and his visions of a twisted underworld fraught with specters of chaos awaiting the domination of man and the destruction of life. Yawn. Over done....or is it?
Mark Cassell doesn't use old clichés or the usual gimmicks that have become prevalent in current supernatural fiction. He weaves a curious and eerie tapestry together to create a unique new entity. The Shadow Fabric. A living, intelligent yet evil darkness that is separating the chords of reality from the discord of the unholy.
His chapters are peopled with believable and quirky characters and equally demented villains. Each chapter could be considered a stand alone ghost story that weaves and intertwines together into an exciting and mysterious story. A fun read...but not at night. Oh..and check on your cat.
Read more

Darrell Grizzle
5.0 out of 5 stars A Sentient Darkness
9 June 2017 - Published on Amazon.com
Verified Purchase
A novella set in Mark Cassell’s mythos of the Shadow Fabric, which in the words of one of the main characters, is “a sentient darkness that exists in varying forms and allows entities to move between worlds.” It’s an intriguing idea, and Cassell uses the concept to full advantage, crafting a story that is rich in characterization as well as in action and (sometimes graphic) horror. The novella includes a previously-published short story featuring two of the main characters. This is one of a series of books set in the Shadow Fabric mythos, and I look forward to reading the others. Highly recommended for fans of horror literature.
Read more

Lydian Faust
5.0 out of 5 stars Hell Cat of the Holt takes on a cyptozoological legend ...
12 July 2017 - Published on Amazon.com
Verified Purchase
Hell Cat of the Holt takes on a cryptozoological legend that has always fascinated me, the large black cat sightings in the UK. Cassell effectively weaves the folklore of the big cat into the dark fabric of his own imaginative mythology. An intriguing, fast-paced, supernatural tale with a bit of mystery thrown in the mix.
Read more
Go to Amazon.com to see all 17 reviews 4.7 out of 5 stars
Unlimited FREE fast delivery, video streaming & more
Prime members enjoy unlimited free, fast delivery on eligible items, video streaming, ad-free music, exclusive access to deals & more.
> Get started
Back to top
Get to Know Us
Connect with Us
Make Money with Us
Let Us Help You
EnglishChoose a language for shopping.
© 1996-2020, Amazon.com, Inc. or its affiliates