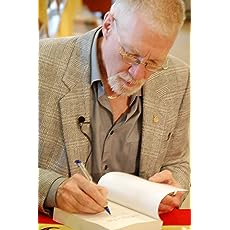 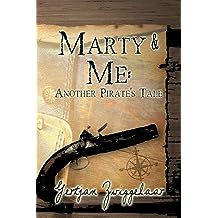 Marty & Me: Another Pirate's Tale 5 Mar, 2017
by Gertjan Zwiggelaar
₹ 551.06
This original take on pirate literature reveals the horrific tales of Marc Hamilton, whose discarded trunk was found moldering in an old museum in Malaga, Spain. The author has sought to incorporate as many clichés as possible within the two genres; pirate tales and horror stories. One reader complained she was developing horrific dreams as a result of reading, Marty & Me, An Other Pirate’s Tale. Make sure the windows are closed and the doors locked tight when you read this macabre tale by a master wordsmith.
Read more
Other Formats: Paperback
inclusive of all taxes 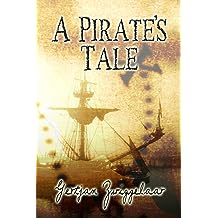 A Pirate's Tale 2 Feb, 2017
by Gertjan Zwiggelaar
( 1 )
₹ 556.96
Peter Mann begins his fictional life as a twenty-five-year-old newspaper reporter for the Halifax Morning Post in 1775. He and two female friends help a famous pirate escape from the Halifax jail. Realizing the three friends cannot go back, they join the pirate=s gang. They eventually set up a Swiss Family Robinson type of existence in the Caicos Islands. Over the next six decades, through the American and French revolutions, Peter becomes the quintessential pirate, with a hook, a patch, and a peg for a leg. Eventually he becomes the patriarch of a huge trading company, Cocteau & Mann. Ironically, as his company becomes ever more successful, he is plagued by pirates and must battle them first hand. A Pirate=s Tale tells it like it might have been. This marvelous historic fiction takes the reader on a swashbuckling roller coaster he or she will not soon forget.
Read more
Other Formats: Paperback
inclusive of all taxes 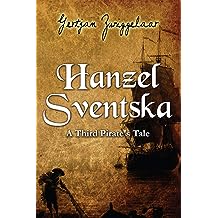 Hanzel Sventska, A Third Pirate's Tale 29 Nov, 2016
by Gertjan Zwiggelaar
₹ 565.22
Hanzel Sventska runs away from an abusive home at age twelve. Eventually he goes to sea and over time becomes a successful pirate. Life as a pirate is good for Hanzel, so he never wants it to end. When he sells his soul to the Devil, in order to prolong his piratical adventures, everything changes for Hanzel. He learns that there is a terrible price to pay when one makes a contract with the Queen of Liars.
Read more
Other Formats: Paperback
inclusive of all taxes 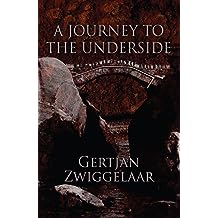 A Journey to the Underside 9 Oct, 2016
by Gertjan Zwiggelaar
( 1 )
₹ 549.88
Eight explorers from the University of Alberta investigate a gigantic duct work discovered during excavations for a new convention centre set into the North Saskatchewan River Bank in Edmonton, Alberta. Things are not exactly as they first seemed down that duct work. The earth’s crust is more than rock, magma, and oil. Eventually the explorers find their way to the underside of the crust where things are a whole lot different than topside. The Earth is even more incredible than you think. This amazing story explores esoteric research into hollow Earth Theory in a very original way. Be ready for the ride of your life as you journey to the underside.
Read more
Other Formats: Paperback
inclusive of all taxes