Subtotal ₹
Cart
View your cart
To add this eBook, remove any 1 eBook from your cart or buy the 25 eBooks present in the eBook cart
Review items in your cart
There was a problem adding this eBook to the cart
Deliver to your Kindle Library 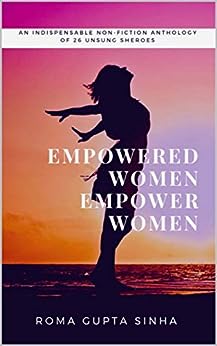 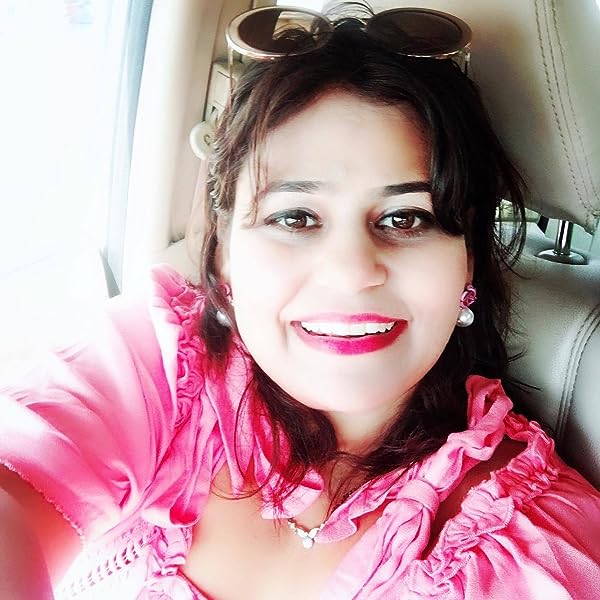 by Roma Gupta Sinha (Author) Format: Kindle Edition
See all formats and editions
Sorry, there was a problem loading this page. Try again.
I am indebted to you that you landed here and for a moment gave me a tiny soft corner, in your heart. It indeed means the world to me and here I wish to enumerate the reasons why you must pick this indispensable non-fiction anthology of 26 thought-provoking real tales of the Unsung Sheroes of our society.
You should read it to know how despite all odds these women, whom I met mostly through the medium of my communication skills academy for 6-60 year olds, eventually achieved their goals.
You should read it discover how many beautiful souls around us lead by example for other women to overcome all the adversities of life and fulfil their dreams.
You should read it to fathom why we have to empower the women of today to enable them further empower the women of tomorrow.
Also, you should read it to stimulate yourself to make your contribution towards achieving gender equality in our society.
This is a book with a strong purpose as I am a crusader and a firm believer of Women Empowerment (you can hear my views by clicking on this link) for years and I wish each one of you read it and feel inspired and take the mandatory steps to be the ‘Face of Change’ in the right direction.

Roma Gupta Sinha is an acclaimed Indian writer who has won the coveted ‘Woman of the Year’ Award in 2015 for her writings on Women Empowerment, Equality, Rights and Liberation on her blog www.trulyyoursroma.com and the prestigious ‘Planet’s Pride Award 2018’ for her entrepreneurial venture RCA where she has been passionately grooming six to sixty-year-olds for the last many years in her endeavor to give back to the society and aid in shaping the future of India.

After a ten year successful stint of working in Tata Motors, Honda Cars, and IKEA of Sweden in different parts of the world, she eventually embraced her first love of aiding people bridge the gap between their intellect and expression. She is the brand ambassador of 21st Century Education and strongly advocates learning beyond books. She is an author of four published books (with her fifth one releasing shortly) and writing on her blog is like breathing to her. She believes she is born for a purpose and yearns each day to be the face of positive change in the society she lives in. She also writes exhaustively on Women and Kids Mental and Physical Health.

‘To My Grandchild, With Love’ is her fifth book after her first release 'Dare to Defy the Destiny’, non-fiction did really well and her second, a chicklet romance, 'The Fragrance of True Love' which was a soulful tale of two resonating hearts was deeply appreciated. Her third book ‘Destiny’s Favourite Child’, which is her candid autobiographical account, is her most read book so far. Women Empowerment is a subject closest to her heart and thus her fourth release was known as ‘Empowered Women Empower Women’ published last year.