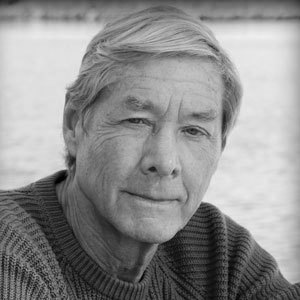 by Richard North Patterson (Author)
4.4 out of 5 stars 287 ratings
See all formats and editions
Sorry, there was a problem loading this page. Try again.
EMI starts at ₹525 per month. EMI starts at ₹525. No Cost EMI available EMI options

Mary Carelli, one of the most powerful women in TV journalism, is charged with the murder of Mark Ransom, America's most eminent novelist. Her attorney, Christopher Paget, sets out to shock the courtroom with revelations about Ransom as a twisted sexual predator. But as the trial unfolds, it is Paget who will be surprised...by Mary's secret motive for murder...by evidence that Mary is lying...by a woman prosecutor who believes Mary invented the story of rape...and by an enigmatic judge with an agenda of her own....
Read more
Previous page
Next page

The core of Richard North Patterson's legal thrillers is characterization, and Degree of Guilt, the novel that relaunched his career in 1993, features two captivating individuals: Christopher Paget and Mary Carelli. Paget, the upstart hero of Patterson's 1979 Edgar-winning The Lasko Tangent, is now a sophisticated trial lawyer doing his best to raise a teenage son in San Francisco. He's a man to be admired: famous for bringing down the president in a financial scandal, he has settled into the comfortable life of a successful attorney. His life is transformed, however, when his former lover (and mother of his son), Mary Carelli, pays a visit.

The novel begins in a San Francisco hotel room as Mary, now an NBC journalist, surveys the torn landscape of author Mark Ransom's apartment. Ransom is, or was, America's most eminent writer. As she tells the police, Ransom had uncovered new recorded evidence of an affair between a long-dead starlet and a now-sainted senator (shades of Marilyn Monroe and JFK). While Ransom and Mary were listening to the tapes, she claims, he tried to rape her and she killed him in self-defense. Mary turns to Paget to defend her in what becomes a complex case of missing and conflicting evidence. Old emotions are stirred between the two just as Paget begins to doubt Mary's innocence.

The suspense of Degree of Guilt is grounded in the twists and turns of the trial at the novel's center, but just as compelling is the emerging history of Mary and Paget, and Paget's struggles to keep his son out of the media frenzy surrounding his mother's case. As well, Patterson addresses the deeper ethical questions that face many lawyers as they decide which cases to take and which evidence to use. Capturing archetypal characters and situations, Degree of Guilt becomes a parable of American law. --Patrick O'Kelley

"One intense courtroom clash after another...An intelligent and gripping thriller."
--The Washington Post

A Main Selection of the Book-of-the-Month Club

Mary Carelli, one of the most powerful women in TV journalism, is charged with the murder of Mark Ransom, America's most eminent novelist. Her attorney, Christopher Paget, sets out to shock the courtroom with revelations about Ransom as a twisted sexual predator. But as the trial unfolds, it is Paget who will be surprised...by Mary's secret motive for murder...by evidence that Mary is lying...by a woman prosecutor who believes Mary invented the story of rape...and by an enigmatic judge with an agenda of her own....

"One intense courtroom clash after another...An intelligent and gripping thriller."
--The Washington Post

RICHARD NORTH PATTERSON is the author of The Spire, Eclipse and fourteen other bestselling and critically acclaimed novels. Formerly a trial lawyer, he was the SEC liaison to the Watergate special prosecutor and has served on the boards of several Washington advocacy groups. He lives in San Francisco and on Martha's Vineyard with his wife, Dr. Nancy Clair.

4.4 out of 5 stars
4.4 out of 5
287 global ratings
How are ratings calculated?
To calculate the overall star rating and percentage breakdown by star, we don’t use a simple average. Instead, our system considers things like how recent a review is and if the reviewer bought the item on Amazon. It also analyses reviews to verify trustworthiness.

ADVAIT SUKHTANKAR
5.0 out of 5 stars An Excellent Read
Reviewed in India 🇮🇳 on 12 October 2013
The book explores interpersonal relationships in a lot of detail. To what extent can a person go to protect another is very aptly portrayed here. The courtroom sessions are also very well written. There are times when Mr. Patterson takes off on a track which makes you wonder, is this a part of the story. He, however always manages to have it linked with the main storyline.
This is the 1st book of Mr. Patterson that I have read and it has left me wondering why I did not know about him before!
Read more
Helpful
Report abuse
See all reviews

Sissel M. Østdahl
5.0 out of 5 stars Brilliant entertainment with remarkable insight into the human mind!
Reviewed in the United Kingdom 🇬🇧 on 21 January 2010
Verified Purchase
This book may be described as a page-turner but to me it was not. As much as I wanted to know what would happen - and believe me, how often was I not tempted to take a peep at the last chapter - there simply was too much of interest to contemplate in between.

I have never read anything with such naked, honest and detailed characterization as in this book. Not only the description of people and their essential selves, as the author puts it, but the analysis of both their actions and the reasons for them. It made me stop a lot of times, both to think and to read whole paragraphs once again. My mind demanded clarity and understanding in order to continue reading, and I believe, being prepared to fully benefit from the detailed descriptions of people and fragments of their lives.

As the synopsis tells, defence attorney Christopher Paget has taken the case of famous TV journalist, Mary Carelli, as she stands trial for the murder of America's most eminent novelist Mark Ransom. Carelli and Paget have a shared past, which the case show as being more complex than it first seems. It also threatens their future and that of their teenage son. These are the main participants but the book contains several highly interesting people who all play an important part in the outcome of the case, as well as adding to the human and moral benefit of the story.

For readers who want intelligent entertainment from a writer with a remarkable insight into the human mind and the reasons for our choices - or perhaps, the seemingly lack of them - read Richard North Patterson. His books will not only entertain, but enlighten, disturb, explain and stay with you long after you have finished them.
Read more
8 people found this helpful
Report abuse

belinda_p
5.0 out of 5 stars Intelligent Legal Thriller with Complex Characters
Reviewed in the United Kingdom 🇬🇧 on 15 September 2011
Verified Purchase
Mary Carelli is a successful broadcaster who has been arrested for the murder of famous author Mark Ransom. Mary claims that she killed Ransom in self defence when he tried to rape her. She calls on Chris Paget, a talented lawyer, who also happens to be the father and custodial parent of their teenage son Carlo. Although Mary and Chris have a bitter relationship, Chris feels compelled to help defend Mary for the sake of their son. The weight of evidence seems stacked against Mary, and Chris has his work cut out.

This is the second in a series of books centred on this group of characters. I haven't read the first book - The Lasko Tangent - but this didn't spoil my enjoyment or understanding of this story.

The plot is gripping in its own right. But what lifted this book for me were the complex characters. Sometimes the characters in a book are so easy to relate to that you feel like you know them and can totally understand their behaviour. But in this case, most of the characters were unlike anyone I have known. This made it difficult to "read" them and figure out their motivations. So it was hard to know what they were really thinking and why they might have said/done the things they did. The effect was that I found it much harder to try and figure out the truth, which made the book that much more challenging and engaging.

The book was the most expensive kindle book I've downloaded to date (£[]), but it was well worth it. I'm now reading the Eyes of a Child which is the next in this series because I'm dying to hear more about the further trials and tribulations of these characters.
Read more
Report abuse

Poppy Doll
5.0 out of 5 stars Addictive
Reviewed in the United Kingdom 🇬🇧 on 8 May 2015
Verified Purchase
One of the best books I've read recently. With hindsight, I would have read The Lasko Affair (if that's the correct title) first as it would have given background, but when I bought Degree of Guilt, I was unaware of that. So, to be honest, the first few chapters were a little confusing.
The characters are so human and believable that I found myself caring for them as individuals. Richard N P writes with a clarity which (I feel) is very male, but with an insight into emotion, which I think of as female. The author really gets into the psyche of all his characters but not at the expense of a very tense story line. I think, in essence, this is a book which would appeal equally to both male and female readers.
Read more
Report abuse

Mrs C Hutchinson.
4.0 out of 5 stars Great courtroom thriller with believable characters
Reviewed in the United Kingdom 🇬🇧 on 15 January 2017
Verified Purchase
This is an involving courtroom thriller with sympathetic characters. I have given it four stars because I did realise what the second tape would reveal, and the length of time it took for someone to connect the dots concerning the mail box seemed unlikely. I bought it on audible and it is extremely well narrated by Alexander Adams. Will definently be reading more from this author.
Read more
Report abuse

donna prowse
5.0 out of 5 stars another new author to me
Reviewed in the United Kingdom 🇬🇧 on 21 December 2018
Verified Purchase
this was really good in fact i would put it up there with John Lescroart and John Sandford look forward to reading more of richard north patterson
Read more
Report abuse
See all reviews