<![endif]--> Skip to main content
Decoding the Feronia Files and over 2 million other books are available for Amazon Kindle . Learn more
Share <Embed> 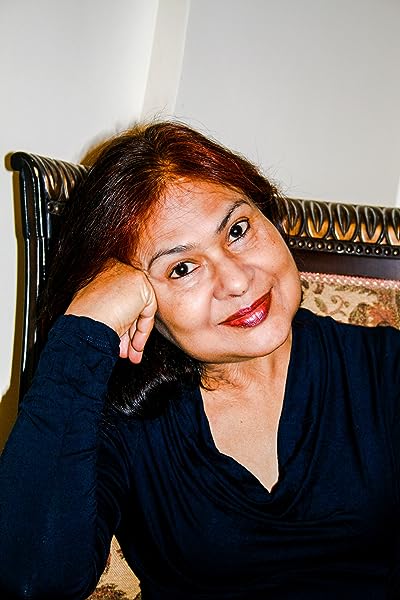 Tanushree: After eight years in the corporate sector, Tanushree quit the rat race to wield her pen and found her calling. A well-known travel writer and novelist, she is passionate about travelling and writing. She has written six successful novels, a dozen best-selling nonfiction titles and over 500 travel tales. Her last book was A Closetful of Skeletons. ajoy: Ajoy Podder is a retired Army officer who has travelled all over India and has been posted to offbeat places around the country. A qualified mountaineer, he has undertaken several mountaineering and bicycle, as well as, trekking expeditions in the mountains and valleys all across the Himalayas. Reading, writing and photography are his passions.

Start reading Decoding the Feronia Files on your Kindle in under a minute.

4.7 out of 5 stars
4.7 out of 5
8 customer ratings
How does Amazon calculate star ratings?
Amazon calculates a product's star ratings based on a machine learned model instead of a raw data average. The model takes into account factors including the age of a rating, whether the ratings are from verified purchasers and factors that establish reviewer trustworthiness.

Amazon Customer
5.0 out of 5 stars Great Book
Reviewed in India on 27 January 2019
Verified Purchase
One of the great books i have read in recent times. Finished it in one go.
Read more
Helpful
Comment Report abuse

b00k r3vi3ws
4.0 out of 5 stars I would have probably enjoyed the book more if the first half of the book was paced faster.
Reviewed in India on 12 July 2019
This is the second IWE Cli-Fi that I have read so far.

HAARP was set up with the intent of researching weather modification and it was probably done so with the intent of solving global problems. But as is usually the case, atleast in fiction, the results were not what was expected. Extreme weather changes leading to natural disaster that wiped out a lot of life and infrastructure and as such the initiative was closed down. That did not stop the experiments… and with a device embedded in the Himalayas that can have tremendous ramifications, a hunt is on!

The book has a slow start as the authors take their time in giving background information to the readers and setting up the main characters for the story. As expected from a cli-fi, a certain amount of the information provided dealt with climate, the experiments that were undertaken and their implications. Once the base is built the book takes on the pace of an action thriller and there’s not a single dull moment. As for characters, with (almost) the whole world affected by the changes, all the major nations have a team looking into the matter. As such there is a wide set of characters and the cast involves people from agencies like CIA, R&AW, ISI, KGB, ASIS, to name a few. Then there are the suspects and the antagonists. All in all, it is a varied cast where each team brings in something different to offer to the plot. Their different personalities and quirks keep things interesting even though the books focus is more on the events than the characters.

The main aspect of the book is to make the readers realize the importance of treating nature right. I hope that when the readers realize the scope of the catastrophes waiting to happen whether human induced or otherwise, they will show some respect towards Mother Nature. At the same time it makes the readers also wonder if similar experiments can be carried out in reality to solve problems like global warming. This book delivers on many levels; from drama to action to suspense to food for thought, there is enough to keep the readers immersed in the pages. The narrative is crisp and the descriptions in book help the readers visualize each scene as they unfold.

Kiranmayi
4.0 out of 5 stars Climate Warfare is real!
Reviewed in India on 22 May 2019
HAARP, the research wing of the US on weather modification through Ionosphere heating has been shut down abruptly owing to a change in the President of the country, hence a change in the policies. The actual intent, location, kind of research and the extent of impact HAARP created so far was hidden from the world. However, countries worldwide still seem to face sudden climate changes which force the respective governments to dig deeper into the real reasons. The weather ministry and the corresponding departments in India are alarmed; leader of mountain trekking group in India(IMF) who notices aberrations in the past hiking reports dies suspiciously. ISI from Pakistan is keen on sneaking out information from ex-HAARP associates. What is the common thread between these men from countries across the globe? Is climate modification as dangerous as nuclear weapons and how can these suspicious operations be stopped forms the rest of the story.

As with thrillers spanning across countries and involving groups from the globe, this story which is taunted as a cli-fi thriller also involves teams from India, Pakistan, Australia, US to name a few. Once the premise of the story is set and the main characters are established, the story takes off at high speed exploring the motives of the different groups involved. As the intelligence groups keep interrogating new suspects and new clues are found, the path to the mystery keeps unleashing. The narrative is kept tight till the end, so are the characters who have their own purpose and the writers succeed in keeping the characters discrete.

Climate as a cause of terror is a relatively unexplored genre, hence the story has a fresh feel. Also the places and incidents used are real with a dose of fiction thrown so the narrative feels real for the most part. The book is an absolute page turner with the suspense building up as the story proceeds. A seasoned reader of thrillers might be able to catch the clues well ahead, however the book is unputdownable till the end. Also, given the closing of the book, I hope there is a sequel planned as the story has more potential to be explored. Pick this one to be taken on a multi-country thrilling ride, as climate change and its repercussions on economies and citizens are gaining maximum importance in current times.
Read more

Kadambari Singh
5.0 out of 5 stars Can weather be changed by humans??
Reviewed in India on 1 September 2019
We all know the impact population growth, technology advancement has had on mother Earth. Global warming is increasing day-by-day. But did it ever occur to you that it maybe done intentionally?

Climate, weather, the super powers, can man control them?? Imagine if a person or a country develops the means to orchestrate weather as per their liking. It can create havoc!
Decoding the feronia files is a race against weather warfare.

The authors - Tanushree Podder and Ajoy Podder have beautifully woven an intriguing and engaging story line. The language is simple and easy to understand. No doubt it is a unique story and icing on the cake is the amount of detailing the authors have gone into.

No matter which year, which part of the world you are in, the story connects countries and is a beautiful blend of fact and fiction. Infact it often makes one think what is what and what not!

I am just stopping myself from revealing anything further. Go and grab it for yourself I am sure there won't be any regrets.

I'll rate it a 4.5/5.... just a .5 less...as there were a couple of places I wanted to know more about and reasons around. :)
Read more
Helpful
Comment Report abuse

Piyusha Vir
5.0 out of 5 stars Gripping!
Reviewed in India on 1 February 2019
A very well-written and gripping story about weaponising weather - a scary possibility in the near future. Thoroughly enjoyed reading it.
Read more
Helpful
Comment Report abuse

Jayant
5.0 out of 5 stars A thriller with an unusual theme
Reviewed in India on 1 February 2019
It is the first Cli Fi written by Indian writers. The skill of the writers is evident in the manner the subject has been dealt with. In their hands, the theme turns into a thriller that keeps the reader engrossed. A real page turner. Recommended for all readers, who love thrillers.
Read more

Aarthi
5.0 out of 5 stars Must buy
Reviewed in India on 4 June 2019
Gripping - a clifi book I could not put down. Great airport read.
Read more
Helpful
Comment Report abuse
See all reviews from India
Unlimited FREE fast delivery, video streaming & more
Prime members enjoy unlimited free, fast delivery on eligible items, video streaming, ad-free music, exclusive access to deals & more.
> Get started
Back to top
Get to Know Us
Connect with Us
Make Money with Us
Let Us Help You
EnglishChoose a language for shopping.
© 1996-2020, Amazon.com, Inc. or its affiliates