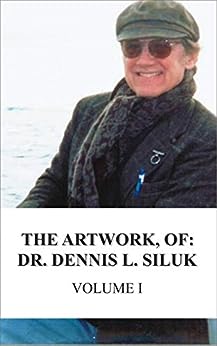 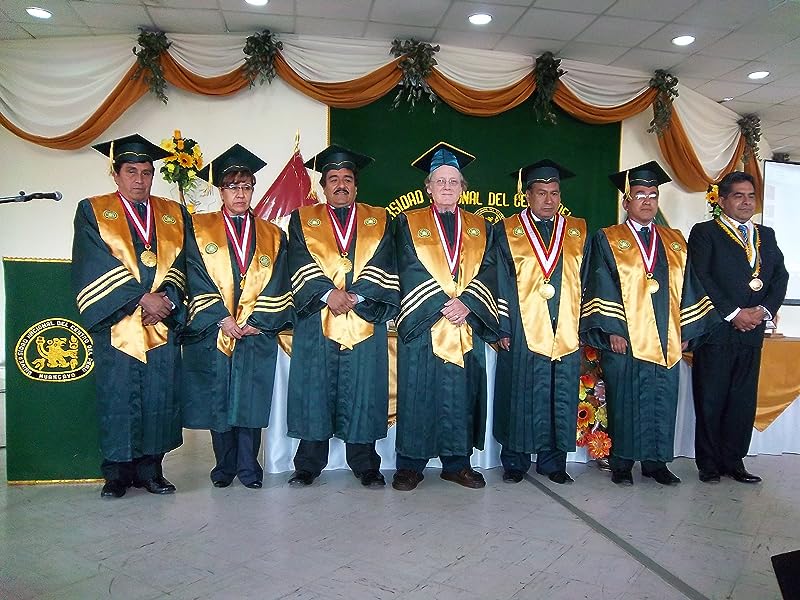 by Dennis L. Siluk (Author), Rosa Peñaloza Tapia (Author) Format: Kindle Edition
See all formats and editions
Sorry, there was a problem loading this page. Try again.
Dr. Dennis L. Siluk was always gifted with the art of drawing, he was born with that natural talent, and he was really proficient at that, creating over one thousand and five hundred artworks by his virtue of imagination and talent, creating these superb works which he published them throughout his writings, and some in his Web site. In 1965, being only seventeen years old, he took an Art Award, “Second Place for the Best 100 Art Show from the Saint Paul Jaycees,” in Saint Paul, Minnesota, USA. Among his three Doctorate Degrees he had obtained in a decade, he got one in Arts and Education. Moreover, he had received good comments on his artworks by many artists, to mention some: Yang Yang, International American Chinese Artist who has a Gallery in Chicago, USA; Chusty a Peruvian Artist who has his Art Shop by Kennedy Park in Miraflores, Lima, Peru, and so on. This Volume I contains seventy artworks.

Dennis Lee Siluk (October 7, 1947 – December 1, 2016) was an American poet and writer, who wrote over seventy International books. He was a poet since he was a kid of twelve years old. Besides being a writer, he was a Psychologist, Ordained Minister, Decorated Veteran from the Vietnam War, Doctor in Arts and Education (by Belford University), and had received twice Honorary Doctorate (by the National University of Central Peru, UNCP, and by the Ibero-American Board in Honor of Leaders (CIHLL)).

Dr. Dennis L. Siluk was honored frequently during his lifetime, receiving nine-times the distinction as Poet Laureate in Peru. One of his books, “The Galilean”, took Honorable Mention at the 2016 Paris Book Festival, and he had received an award from the Congress of Peru, for his cultural writings. He was a world traveler.

His first book, was published in 1981, his second in 1982 (during this time his poetry was being published by a Minneapolis Newspaper, along with some of his short stories in selected books by independent publishers.)

He loved writing, and he wrote until the day the Lord called him, on December first, 2016.

Dennis Lee Siluk, born on October 7, 1947, in Saint Paul, Minnesota, United States of America. His father was of Irish origins and his mother of Russian and Polish stock. Dennis grew up under the protection of his mother ((Elsie T. Siluk)(1920-2003)) and his grandfather ((Anton Siluk)(1891-1974)), of Russian birth who came to America in 1916, participated in the First World War (1918), in which he had to return to Europe for a year, then married Ella of Polish stock and settled in St. Paul. Dennis has one brother, Mike Siluk (October 8, 1945).

Since Dennis was a child he enjoyed poetry, and at the age of twelve wrote his first poem ‘Who,’ thereafter, a number of his poetry was published in his high school newspaper, while in journalism class, at Washington High School, in St. Paul, Minnesota (‘Beyond Time,’ and ‘Typing,’). Some of these early poems can be found in his first book, “The Other Door” (1981, now a classic and much sought after book). In 1965, at the age of 16-years old, he had won second place in the city of St. Paul, art competition (sponsored by the: Jaycees), at Washington High School. During this period between the ages of twelve and fourteen years old, he worked as a shoeshine boy, until he got his first real job at the World Theater, as an usher, and candy counter distributor.

At the age of twenty Dennis had already become a somewhat, seasoned traveler; he had traveled with an assortment of friends across the country, staying in Omaha, Nebraska, working across the river. Also he had traveled to Seattle Washington, living there in the Ballard District, working for a window frame company. Things did not work out for him, with his friends so he returned after a short visit, perhaps a month or so.

Dennis’ next trip was his first long trip in that he’d stay for a year; in 1968 he went to San Francisco where he learned Karate (Go Jo Rue) from the renowned Gosei Yamaguchi who became his protector also, during his stay in San Francisco and during this year he met on a personal level, Gogan, Gosei’s father known as, “The Cat,” here he studied and taught children the art of Karate, and was in one tournament.

At the age of twenty-two Dennis enter into the United States Army (participating in the Vietnam War in 1971, and receiving three medals of Accommodation, for his outstanding service, during these years, he became a Staff Sergeant (eight plus, years Active, and three years Inactive Reserve)). During his tours of duty, his permanence in the Army assisted him in the financial burden for paying his college education, he attended the University of Maryland (1974-76) receiving his first degree in Behavioral Science; during this time he also attended Central Texas College (where he took only two courses).

Thereafter, in Alabama, he continued his education at Troy State University, receiving his second degree, in Psychology and Literature. Thereafter, he attended the University of Minnesota (for Psychology, and Counseling), and Liberty University (doing studies in Theology), mostly graduate and post graduate work. Thereafter, Dennis received his License, in the State of Minnesota in counseling area, his expertise being in developmental psychology, and dual disorders, coupled with drugs and alcohol.

During the 1990s, for the most part (1988 to 2001) Dennis worked for private institutions, clinics, and likewise with the Bureau of Prison, while still writing. His first book, was published in 1981, his second in 1982 (during this time his poetry was being published by a Minneapolis Newspaper, along with some of his short stories in selected books by independent publishers). Thus, he stopped his professional career in June of 2001 because of an impending illness, and did just writing as he could, taking up much of his old unfinished manuscripts trying to smooth them out, along with his poetry.

During the 1990s Dennis became an ordained minister by the International Church of Jesus Christ, allowing him to evangelize to whoever asked at the same time he was doing his work as a Counselor.

Dennis L. Siluk has traveled twenty-six times around the world. He had been to over fifty countries, and to forty-six states out of fifty of the United States. His most recent trips were in 2007, where he went to Iguaçu Falls on both sides, in Argentina, and Brazil (and would return there in March of 2010); he went to Cajamarca in Peru, and in 2006, and to the Panama Canal. In 2010 he went to Israel, visiting Jerusalem, Tiberias (and the: ‘Circle of Rephaim’) and Tel Aviv. Met Amir Or, one of Israel’s most noted poets, they had coffee and juice together at ‘Bistro’ Café in Tel Aviv.

While he was doing all these activities, he continued writing articles on psychology, for a counseling magazine, along with his poems and short stories for such magazines as “Swiftt” a magazine out of Australia, and “Leaves” a magazine out of India, and “Caminos” in Peru. His poems, articles, tales, etc., can be read on over 4000-websites, worldwide. He edited and translated with his wife, Rosa, the poetry of Juan Parra del Riego, the most skilled poet Peru has ever produced in the past, the first time to be put into English, and now in the book “The Windmills.” His writings have been translated into five languages (Spanish, German, Japanese, Korean, Serbian, and of course in English).

Dennis L. Siluk had written over seventy books. A number of his books have been about the cultures, traditions and the ways of life in Peru, in English and Spanish. He had received acknowledgments and awards for his work done in Peru. He had produced over 4100-poems, 700-short stories and tales, 1400-articles in addition to his over 70-books, and several-chapbooks (several of these poetic children’s chapbooks were written in the 1980s between 1982 and 1984 and are rarely seen, if not almost extinct—and sold as classics on eBay—some only one hundred copies were made.)

In 2007, Dr. Siluk was appointed The Poet Laureate of Cerro de Pasco, Peru; and Poet Laureate of the Mantaro Valley, Peru; he was also awarded Honorary Journalist by the Professional association of Journalists of Peru. In addition he got his Doctor degree in Arts and Education from Belford University of Texas, USA, due to his studies, experience, writings and published works. In 2011 Dr. Siluk was appointed The Poet Laureate of the cities of Huancayo, Satipo, Chilca, Nueve de Julio, and in 2012 the Poet Laureate of Canchayllo, all of them in Peru. On January 30, 2012 he had received his first Honorary Doctorate from the National University of Central Peru (UNCP). On June 29, 2013 he had received his second Honorary Doctorate from the Ibero-American Board in Honor to the Leaders of Leaders (CIHLL).

From 2005 through 2016 Dr. Dennis L. Siluk was honored frequently for his works on Peru by several Peruvian Public and Private Institution, as well as the Peruvian government institutions.

8. The Last Trumpet and the Woodbridge Demon

12. Gwyllion, Daughter of the Tiamat II

13. Revenge of the Tiamat III

18. A Path to Relapse Prevention

20. A Romance in Augsburg

22. Where the Birds Don’t Sing

27. Dracula’s Ghost (And other peculiar stories)

29. After Eve (a prehistoric adventure)

46. Poems on Peru (a collection of several chapbooks)

49. The Galilean (Series of 6 chapbooks)

51. Feast of the Wolfhound

56. Out of Quantum Space and Time

62. Winner or Lose takes Nothing

69. Things Como to their End

72. The Dark Side of Polaris

5.0 out of 5 stars
5 out of 5
1 global rating
How are ratings calculated?
To calculate the overall star rating and percentage breakdown by star, we don’t use a simple average. Instead, our system considers things like how recent a review is and if the reviewer bought the item on Amazon. It also analyses reviews to verify trustworthiness.