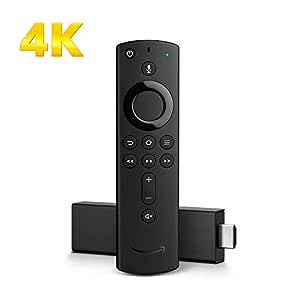 See what Alexa can do

badge. Orders containing items Fulfilled by Amazon worth Rs.499 or more are eligible for FREE delivery. FBA items may also be eligible for faster delivery (Same-Day, One-Day and Two-Day).

If you are a seller, Fulfilment by Amazon can help you grow your business. Learn more about the programme.

We want you to know

Use the Fire TV Stick 4K to mirror photos, videos or games from your mobile phone to your TV screen. Know more.
To watch movies and TV shows in 4K Ultra HD, you need a compatible Ultra HD TV. All streaming services may not be available in 4K/HDR. Learn more.
Access to Dolby Atmos requires connection to a compatible home audio system. Dolby Atmos is currently supported on select Prime Video titles.

CAUTION: Do not use any other power plug or the USB port on your TV to power your Fire TV Stick. In certain circumstances, it might lead to your device malfunctioning.

There may be additional charges for screen mirroring with iPhone via AirPlay. 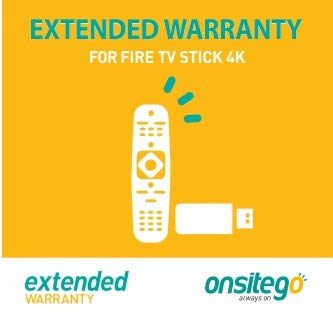 Connect to a world of cinematic entertainment. Fire TV Stick 4K is over 80% more powerful than the best-selling Fire TV Stick, allowing you to enjoy a seamless streaming experience in brilliant color and detailed contrast. Discover 4K Ultra HD movies and TV episodes—just press and ask, “Alexa, find 4K TV shows,” or find something new with personalized recommendations on your home screen.

4.3 out of 5 stars
4.3 out of 5
5,548 customer ratings
How does Amazon calculate star ratings?
Amazon calculates a product's star ratings based on a machine learned model instead of a raw data average. The model takes into account factors including the age of a rating, whether the ratings are from verified purchasers and factors that establish reviewer trustworthiness.

Rohit Ghosh
1.0 out of 5 stars Give brightness and contrast functionality.
Reviewed in India on 20 November 2018
Verified Purchase
I have a 🔥TV (non 4K) which I found to be excellent and when the 4K version was stated for release, I pre ordered it. However, I am extremely disappointed with it. I have a 55 inch Android VU TV, 2018 model which supports 4k as evidenced by 4k videos from YouTube but for the fire stick 4k, the brightness and contrast was pre set to a dismal low value. It was too dark to watch. There is nothing in it to adjust my brightness and I gave up and went back to my fire TV non 4k one which atleast looks vibrant and joyful to watch. The 4k one is just appalling. I am sorry but Amazon totally let me down here.
Read more
717 people found this helpful
Helpful
Comment Report abuse

Gaddam Manohar
1.0 out of 5 stars Go for normal stick
Reviewed in India on 19 November 2018
Verified Purchase
I have old firestick, bought this new 4K stick.. to be frank i don't see any difference eventhough its showing as playing Ultra HD there is no much difference for 1080p and Ultra HD. Sound quality in my sound bar is okay... If you really don't care about 4K can still buy the old stick..

Ankur Shokeen
1.0 out of 5 stars Not a Worthy upgrade
Reviewed in India on 19 November 2018
Verified Purchase
Firstly I am the early adopter of the technology and bought Amazon Fire Stick when it was launched, currently using over 7 of them in all my TVs as well as my car, simply love the freedom of watching your favourite entertainment anywhere and everywhere.

Now I was too excited to see Amazon launching their 4K fire stick as with due course of time, most of the TVs have been upgraded to 4k, however there so li'l content to watch in UHD, So I ordered this 4K Fire Stick last month when it was announced.

Ordering and Delivery :
It was such a long wait, It took more a month for Amazon to finally launch it and even more time in delivery, I was really disappointed with long wait and even more when it was available on delivery for next day, but I had to wait as I placed my order earlier. What else there were no discounts or special pricing either on pre-orders, thumbs down to Amazon.

Unboxing :
I unboxed the 4K Fire Stick when the product was delivered and it was almost similar to my previous Fire sticks only visible differences were the size of this one is slightly bigger (check the pics) and there in no Amazon written on it (previous one had it). Other than that, it's pretty similar. Remote has few additional buttons, including power on/off (Yes it can switch off your TV as well) and Volume rocker and a mute button, all are very useful and much awaited, however Volume button will only control the volume of your TV, I am not able to make it work on my Bluetooth speakers, overall its welcoming feature.

Performance and difference :
Now comes the most important part, how does it compares to the previous Fire Stick (2nd Gen), I installed the same on my LG55" OLED TV to experi. Amazon Prime again has very limited options for 4K/UHD content, however Netflix do stream some interesting content, I played the same on UHD quality and yes there was certainly some improvement in the quality, even the usual content (1080P) was slightly better as reported by my wife, who is addicted to daily soap operas and reality shows. Having said that the difference was not that great, which I was expecting. Moreover when I tried the same on some friend's low budget UHD TVs, it was minuscule and one cannot makeout any difference in quality of the image or sound. I was expecting it to be faster as the specs are much better than my previous fire sticks, however to my utter surprise, it was infact much slower to browse through different apps and much more laggy in browsing through menus, I just hope maybe some firmware update will improve the same, however in current iteration it feels more like a downgrade than upgrade.

Final Verdict :
Well if you have a high quality UHD/4K TV, high speed broadband connections (I am using 1gbps connection), Netflix premium subscription, this is your first Fire Stick, techno-head and have an eye for detail, then I would say it's a worthy pick, for everyone else normal Fire Stick would do just as good. This one definitely comes with additional buttons on remote and was bundled with Alexa, however the later was also added in previous Fire Sticks and stole that advantage as well. Maybe some firmware update in future will improve its performance or some considerable drop in price will make it a compelling buy but till than I am sticking to my previous fire sticks for all other devices.
Thanks for reading !

Update : The remote is extremely unresponsive, at times doesn't work at all, or scrolling is continuos (you can't stop it), already applied for the replacement, will comment once replaced.

Update 2: 4K Fire Stick is just getting worse, it hangs even with 1gbps connection and modem less than 1m away from it, even worse it can't stream movies from my NAS, which is again connected through same Wifi network. Most of the times if losses connectivity from router stating, No network available, surprisingly previous (2nd gen) Fires ticks works flawlessly on the same network, this one is also extremely slow and unresponsive, I have even reset it to factory defaults multiple times and result is same every time. What is more frustrating, that Amazon is not responding for replacement or refund, feeling duped by Amazon this time.

Update 3 : After umpteen no. of attempts, endless conversations with customer care and spending hours with their technical support team, today I have finally returned their 4K Fire Stick device, as the review suggests, its totally not worth it, Hopefully Amazon launches a better, lag free, bugs free update and I might go for it, as for now, I have to contempt with the normal fire stick, 4K/UHD content has to wait.
Read more

Abhishek Khandelwal
5.0 out of 5 stars Had issues initially which were sorted by Amazon customer care....loving the device now
Reviewed in India on 20 November 2018
Verified Purchase
I have a Panasonic 4K 55' smart TV. There are inbuilt apps in the TV for Youtube, Amazon Prime and Netflix still I bought this stick so that I can explore other apps like hotstar, Zee, Eros etc (which Panasonic is still not providing)

There is a huge difference in color reproduction if I watch any particular program on Youtube or Amazon Prime using Panasonic App on the TV vis-a-vis this Firestick. When I watch TV using firestick colors are very dull and even 4K content never feels like it is 4K. Infact even HD content does not look as bright as it is when I use inbuilt TV app. And the difference is huge.

Whenever I have to watch Amazon Prime, Youtube or Netflix I just use the inbuilt apps of my TV as the output is 100 times better than the dull output this firestick provides.

Update: Amazon asked me to change the settings (Settings > Display & Sounds > Display > Dynamic Range Settings, and change Always HDR to Adaptive) and this fixed the dull colors I was getting. The device is working perfectly fine now and I am very happy with the purchase.
Read more
175 people found this helpful
Helpful
Comment Report abuse
See all reviews from India
Unlimited FREE fast delivery, video streaming & more
Prime members enjoy unlimited free, fast delivery on eligible items, video streaming, ad-free music, exclusive access to deals & more.
> Get started
Back to top
Get to Know Us
Connect with Us
Make Money with Us
Let Us Help You
EnglishChoose a language for shopping.
© 1996-2020, Amazon.com, Inc. or its affiliates