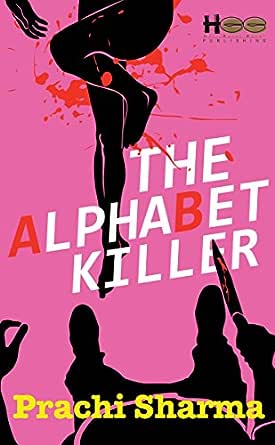 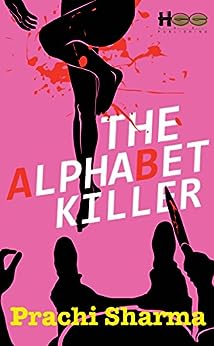 4.1 out of 5 stars
4.1 out of 5
21 customer ratings
How does Amazon calculate star ratings?
Amazon calculates a product's star ratings based on a machine learned model instead of a raw data average. The model takes into account factors including the age of a rating, whether the ratings are from verified purchasers and factors that establish reviewer trustworthiness.

Sayan Basak
4.0 out of 5 stars A powerful plot with a tinge of thrill
Reviewed in India on 20 February 2017
Verified Purchase
THE PLOT IN BRIEF-

The city of Mumbai goes past, cold, impersonal, self-absorbed. A killer waits in the shadows, anticipating his prey. Mia Santos is a successful author, feminist and Chief Editor of the Mumbai chapter an international feminist magazine. Someone is raping and killing the women she works with, one by one, and carving out the initials A.B onto their foreheads. The media gives him the moniker ‘The Alphabet Killer’ Mia’s getting taunted and tormented by someone who claims to be the killer. She’s the only one who knows what the initials mean, and the killer’s end game. The same is suspected by CID Inspector Damien De Silva, who’s investigating the killings. Even as he tries to work with Mia, he starts getting attached to her. What is that horrible past which Mia’s worked so hard to bury? Why is the killer so adamant to unravel this past? Will Mia reciprocate Damien’s feelings? Will they be able to work together and find the killer before he executes his horrifying climax?
THE TITLE-

The title is very much appropriate and relevant to the plot. Not only because the murderer’s initial is AB but the word has alphabet made the title more interesting and thrilling. The word alphabet has a metaphorical meaning behind its real one. A series of crime continues one after another and alphabet is the perfect word to describe the projection of this scene. This is how space begins, with words only, signs traced on the blank page. To describe space: to name it, to trace it, like those portolano-makers who saturated the coastlines with the names of harbours, the names of capes, the names of inlets, until in the end the land was only separated from the sea by a continuous ribbon of text. Is the aleph that places in Borges from which the entire world is visible simultaneously, anything other than an alphabet?
REVIEW OF THE BOOK-

Though the book looks like a crime thriller from a distant view, it has a tinge of violence along with women empowerment in it. The amalgamation of murder and past along with break up makes the theme more intense and interesting. Each letter of the alphabet is a steadfast loyal soldier in a great army of words, sentences, paragraphs, and stories. One letter falls, and the entire language falters. Sexual abuse also plays the vital plot in the story and we see that Mia Santos, a female character acts as a protagonist.

“Dialogues must appear as natural as if coming from effortless writing. It must not sweat. Your beloved readers must not sweat. But here am I, literally sweating, because my characters are literally talking dirty in a steamy sweaty and bloody scene.” Believe me, the conversation and the dialogues portrayed in the story gave me a spine chilling experience.

The characterization is very well and perfectly demonstrated. Each and every one played their part very well especially in the climax scenes.

The plot gives us a strong feeling about sexual abuses and harassments which women faces. It is not a single crime when a child is photographed while sexually assaulted (raped.) It is a life time crime that should have life time punishments attached to it. If the surviving child is, more often than not, going to suffer for life for the crime(s) committed against them, shouldn’t the paedophiles suffer just as long? If it often takes decades for survivors to come to terms with exactly how much damage was caused to them, why are there time limits for prosecution?

Read this wonderful mind blowing thriller by Ms.Sharma which brings out a beautiful message apart from the main thrilling mystery at

But why does it matter what we call it, as long as there is concerted action to respond to and prevent such crimes? It matters because if we really want to fix something that is broken, if we want to heal these fractures in our society, then we need to understand their causes. If we do not, then we will forever continue to place giant sticking plasters over the wounds left by this violence, trying to bandage over losses that can never be replaced. As long as this violence continues, it is obviously the case that we do have to address the symptoms, but my argument is that we must also address the causes if we want a long-term reduction or even, perhaps, the eventual eradication of male violence against women

Self respect by definition is a confidence and pride in knowing that your behaviour is both honourable and dignified. When you harass or vilify someone, you not only disrespect them, but yourself also. Street harassment, sexual violence, sexual harassment, gender-based violence and racism, are all acts committed by a person who in fact has no self respect. -Respect yourself by respecting others.

YOU SHOULD READ THIS BECAUSE-

THE MULTI-PLOTTED STORY
THE ALPHABET FACTOR

THE CHARECTERIZATION OF MIA AND DAMIEN ALONG WITH THE ‘ALPHABET KILLER’.
Drawbacks (believe me, the negative points are negligible if you compare to the positive aspects)

The climax could have been a bit better.
Takeaways:

The beautiful cover and the blurb.

The women empowerment and the upholding of the women rights brought about by the story.

Originality of the plot and sub plots- 9/10

Usage of words and phrases-8/10

The title, cover and the illustration-8/10

This journey will definitely make you thrill(

KUDOS TO PRACHI SHARMA- It was really a beautiful plot.

deepali
4.0 out of 5 stars An interesting read if you like murder mysteries.
Reviewed in India on 25 May 2018
Verified Purchase
Mia Santos is a fiercely independent woman who has helped numerous women from the clutches of abusive marriages, sex traffickers and sexual offenders. She is respected and equally feared for her strong opinions and actions. Some one out there, howvever, is not pleased with Mia. And he finds a gruesome way to express his displeasure. He starts raping and killing women close to Mia. The police are perplexed by the killer's methods and his obsession with the letter A.B. As the alphabet killer dares cops to nab him, Mia is shattered and baffled.
The book is a page-turner, just like a murder mystery should be. The characters are well defined and justify their importance in the story. There are enough twists to keep the reader intrigued. The writing is superb and lets you glide through the story. The climax where the connection between Mia and the killer is revealed is also interesting. In all, an interesting read if you like murder mysteries.
Read more
Helpful
Comment Report abuse

Anupama Dalmia
4.0 out of 5 stars A fast-paced and gripping crime thriller
Reviewed in India on 18 April 2017
Verified Purchase
A fast-paced and gripping crime thriller which hooked me right from the word go. I liked that the author kept the number of characters limited and developed them well. The editing is good and the pace did not slacken even once. Also, such stories tend to have plot loopholes but this one didn't have any which was a huge plus. Only thing is the titles of the chapters sometimes gave away what was to happen and that was a bit disappointing. Also, I felt the end was slightly underwhelming probably because the confrontation at the end between the protagonist and the antagonist was a bit contrived. Overall, a thoroughly enjoyable read.
Read more
Helpful
Comment Report abuse

Kavita Singh
5.0 out of 5 stars Its an engrossing thrilling read!
Reviewed in India on 20 February 2017
“Life can only be understood backwards; but it must be lived forwards.”

That's how the book "The Alphabet Killer" sums up through a very definitive truth for the readers. Prachi Sharma has done a wonderful job of writing this amazingly well toned book. She has shaped up the characters in her book with great details without being overly idealistic.

Mia, the central protagonist in this novel sparks with sterling qualities and yet Prachi has kept her human and fallible. Prachi draws attention to the dualism of ideal and real in everyone's life. Are we what we are? The pain point of human psyche is that we believe what we do is the truth and ideal but how ideal is it or right is it to the people around us? The Alphabet Killer's characterization leads to interesting aspects in relation to Mia's thought process and decision making.

The law and order, media and its circus, the victims and their loved ones, it takes tact to get each of them playing a role to get the story moving ahead seamlessly.

What I loved about this book:

Having done my Masters in Clinical Psychology I could detect traces of Prachi's attempts to mould the character to a relatable level for the readers. Yes! Psychology of the human mind is quite complex and it becomes a intellectual mumbo-jumbo if the language level isn't taken care of to suit the average readers.
The story is gripping and keeps on moving ahead
It's totally un-put-down-able book and makes an interesting read - I read it at one go!
What needs improvement?

The end. Yeah! Wish there wasn't a happy ending but another killer lurking somewhere! :P
Prachi could have delved more into the making of the killer. The reasons stated for him becoming a killer are strong enough for revenge but not strong enough to turn someone into a psycho killer. Maybe Prachi and I can have a long discussion into that ;-)
However, I would definitely suggest this book as a good read. It has all the elements of a Thriller with a bit of Mystery and also a bit of love in between.

Do buy the book and get thrilled to bits with the gripping story!
Read more
2 people found this helpful
Helpful
Comment Report abuse
See all reviews from India

J. Brown
5.0 out of 5 stars Great new mystery writer!
Reviewed in the United States on 17 April 2017
Verified Purchase
Just finished reading The Alphabet Killer and have to say I loved it!. Sharma's writing is descriptive yet succinct and draws you in from the first sentence to the last. The novel is suspenseful and gripping. The jewel in the crown of the story is Mia Santos, the novel's protagonist. A strong, independent woman who is not cowed by the killer's taunting and brutality. A thoroughly enjoyable read! Looking forward to many more!
Read more
Helpful
Sending feedback...
Thank you for your feedback.
Sorry, we failed to record your vote. Please try again
Report abuse