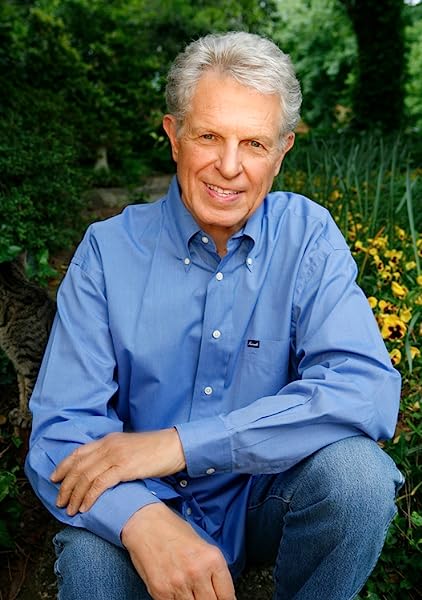 by Al Ries (Author), Jack Trout (Author)
4.6 out of 5 stars 2,064 ratings
See all formats and editions
Sorry, there was a problem loading this page. Try again.

No Cost EMI: Avail No Cost EMI on select cards for orders above ₹3000 Details
Bank Offer: 5% Instant Discount up to INR 250 on HSBC Cashback Card Credit Card Transactions. Minimum purchase value INR 1000 Details
Partner Offers: Get GST invoice and save up to 28% on business purchases. Sign up for free Details
See 1 more
Free Delivery
Pay on Delivery
10 days Replacement
Amazon Delivered
Free Delivery
The product is eligible for Free delivery on your first order in this category. Learn more
What is Pay on Delivery (Cash/Card)?
Pay on Delivery (Cash/Card) payment method includes Cash on Delivery (COD) as well as Debit card / Credit card / Net banking payments at your doorstep.

Keep the item in its original condition and packaging along with MRP tag and accessories for a successful pick-up.
Read full returns policy
Amazon Delivered
Amazon directly manages delivery for this product. Order delivery tracking to your doorstep is available.
Great on Kindle
Great Experience. Great Value.

Putting our best book forward
Each Great on Kindle book offers a great reading experience, at a better value than print to keep your wallet happy.

Explore your book, then jump right back to where you left off with Page Flip.

View high quality images that let you zoom in to take a closer look.

Enjoy features only possible in digital – start reading right away, carry your library with you, adjust the font, create shareable notes and highlights, and more.

Discover additional details about the events, people, and places in your book, with Wikipedia integration.

View the Kindle edition of this book
Get the free Kindle app:

Enjoy a great reading experience when you buy the Kindle edition of this book. Learn more about Great on Kindle, available in select categories.
View Kindle Edition

Al Ries and Jack Trout, two of the world's most successful marketing strategists, call upon over 40 years of marketing experise to identify the definitive rules that govern the world of marketing. Combining a wide-ranging historical overview with a keen eye for the future, the authors bring to light 22 superlative tools and innovative techniques for the international marketplace. The authors examine marketing campaigns that have succeeded and others that have failed, why good ideas didn't live up to expectations, and offer their own ideas on what would have worked better. The real-life examples, commonsense suggestions and killer instincts contained are nothing less than rules by which companies will flourish or fail.
Read more
Previous page
Next page

Total price:
To see our price, add these items to your cart.
These items are dispatched from and sold by different sellers.
Show details Hide details
Choose items to buy together.

Jack Trout runs a marketing consulting firm in Greenwich, Connecticut with Al Ries. They are the authors of the bestsellers Positioning, Marketing Warfare, Bottom-Up Marketing and Focus.

4.6 out of 5 stars
4.6 out of 5
2,064 global ratings
How are ratings calculated?
To calculate the overall star rating and percentage breakdown by star, we don’t use a simple average. Instead, our system considers things like how recent a review is and if the reviewer bought the item on Amazon. It also analyses reviews to verify trustworthiness.

Sameer Koul
5.0 out of 5 stars synopsis of everything u need to know in marketing.
Reviewed in India 🇮🇳 on 15 December 2022
Verified Purchase
A brilliant book. Easy read, easy language, precise and laconic book for Marketers of all age. Must Read and follow!!
Read more
Helpful
Report abuse

Nishant Singh
5.0 out of 5 stars Best Marketing Book
Reviewed in India 🇮🇳 on 27 June 2022
Verified Purchase
This book is must for any marketing professional. Heck it should be made compulsory in MBA courses.

Dont just read, ingrain each law in your brain deeply and you will be awesome marketer.
Read more
One person found this helpful
Helpful
Report abuse

Aditya Chatterjee
5.0 out of 5 stars As a noob, I recommend it to other noobs
Reviewed in India 🇮🇳 on 5 June 2021
Verified Purchase
As someone who has never read/ studied about marketing, this made the whole concept of business and competition a lot more approachable for me. Had a lot of "ohhh" and "nice one" moments. I feel informed and a lot more secure now. Its a small read, I definitely recommend it
Read more
One person found this helpful
Helpful
Report abuse

Kirti Awasthi
5.0 out of 5 stars Interesting book
Reviewed in India 🇮🇳 on 6 July 2021
Verified Purchase
Good read. Very crisp, to the point, bullet marketing. Analogies presented in the book are good and relatable. I would recommend this book to all interested in marketing.
Read more
Helpful
Report abuse

Sinduja
5.0 out of 5 stars Ultimate guide in branding
Reviewed in India 🇮🇳 on 25 December 2020
Verified Purchase
Awesome book. This book taught me how customers perceive my brand. It gave clear cut strategies on how to position your brand and product in the market. A must read for entrepreneurs.
Read more
Helpful
Report abuse

Kindle Customer
4.0 out of 5 stars Good initially but got repititive
Reviewed in India 🇮🇳 on 5 January 2020
Verified Purchase
Good start to the book and good examples. Easy read. Could have included more points and got a bit repititive towards the end
Read more
Helpful
Report abuse
See all reviews

By about the 5th law, I got the feeling the book is designed for large organisations and not really useful for smaller businesses. This was confirmed by the last law “The Law of Resources”. It states you will need 5k-20k per month on marketing.

If you work in marketing as part of a large organistion, this book could be very useful but for everyone, I would not recommend this book.
Read more
12 people found this helpful
Report abuse

PNH
5.0 out of 5 stars A classic book and a must-have for all business owners.
Reviewed in the United Kingdom 🇬🇧 on 3 November 2022
Verified Purchase
As a business owner and designer/manufacturer of products, this book is a very concise and helpful collection of solid, proven, common sense marketing 'rules' which I would recommend for all budding entrepreneurs and a lot of experienced ones too!

Martin Turner
5.0 out of 5 stars Superb - albeit the same as the 22 Immutable laws of branding
Reviewed in the United Kingdom 🇬🇧 on 25 February 2008
Verified Purchase
Twenty years ago I knew hundreds of things about marketing. Now I know just a few things. Almost all of them are in this book, and the authors crystallise them excellently.

The 22 laws is in many ways superb, but it could be criticised on three counts
First, it seems quite opinionated. Who is Ries to say that things are this way and not another way? Interestingly, basic books on marketing will cut the cake both ways, saying 'you can do this, or you can do that...'. Top marketing books, though, written by the gurus that people in the know want to hear from, are much more in agreement. What Ries is saying may not be original, but it fairly represents the balance of opinion at the top table.
Second, the book is quite dated. It was written in 1994, and, in many ways, we're in a different world now. On the other hand, this is no bad thing: you can look at the brands that Ries said would not prosper unless they changed their marketing, and compare them with what did prosper. Eight times out of ten Ries was right. The other two times fit perfectly with his law of unpredictability.
Third, the book is actually pretty much the same as the 22 Immutable Laws of Branding, by the same author. I've got both books, and I don't begrudge Al Ries the money. The emphasis is a little different, and the one reinforces the other.

Ultimately, marketing is about distilling a distinctive promise to the consumer and then promoting it aggressively. This book is mainly about the distinctive promise and its distillation. It talks about the kinds of campaigns that this leads to, but it isn't a how-to book for doing your first city-wide outdoor advertising campaign. There are lots of other books out there that do that -- but, be warned: many of them fall into the frequent traps that Ries warns us about.

For my money, this is a book well worth heeding.
Read more
8 people found this helpful
Report abuse

Laura
2.0 out of 5 stars Very out of date now
Reviewed in the United Kingdom 🇬🇧 on 27 August 2022
Verified Purchase
Makes for quite a funny read now as so many of the successful companies used as examples are now gone or doing something completely different. It’s also very American so as well as the examples being old I didn’t always know the brands as they were US based. I’m not sure if all the ‘laws’ necessarily apply these days too.
Read more
Report abuse

As mentioned in other reviews that the companies used as examples are a little outdated, the concepts within are, I feel, even more relevant to today's marketing strategies that should be being applied, given the rise of marketing becoming more about creating something meaningful rather than trying to bulldoze people in to buying a product just because it is manufactured by an established brand or because we're told it's the next big thing which is dying out as fast as the dinosaurs did.

The face of business and providing what the customer actually wants is a trend that is gathering speed, the consumer has discovered their ability to decide what works for them and put their hard earned cash in to a company that can 'speak' directly to them as individuals rather than as the faceless masses.

People are tired of and also becoming savvy to the fact they are being 'sold' to. A lot of the laws break down these tactics and highlight the ever changing face of marketing and sales.

There has been a revolution in the world of marketing taking place, lead by the likes of Seth Godin and Bernadette Jiwa on how to build brands, no matter how big or small, that consumers are welcoming in to their hearts and homes and this book is a great accompaniment to those authors and their ideas.
Read more
4 people found this helpful
Report abuse
See all reviews